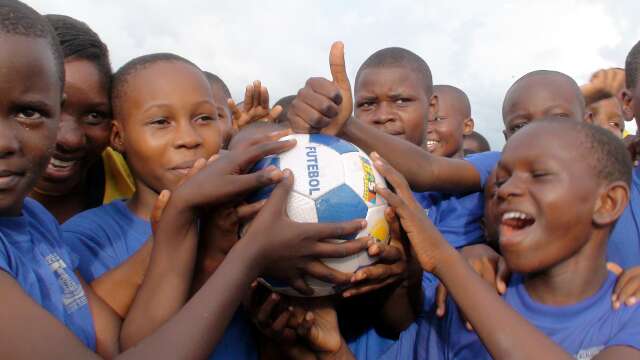 The Balls from Brazil

When we met up with Francisco Carlos Soares Luz, the Brazilian Ambassador to Tanzania, in his office in Dar es Salaam, we asked him to say a few words about the Spirit of Football. He didn’t want to answer immediately. For a Brazilian this question goes right to the heart of the national obsession. 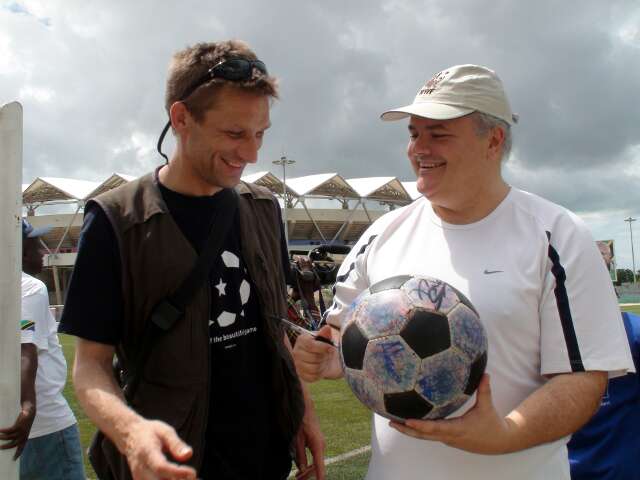 Three day later, he arrives in his kit, ready to play for the EU Flames against Albino United. He’s brought along 20 Brazilian balls. But not just any balls. These balls are made by prisoners and donated to schools. Each of these “social” balls is stitched by an inmate, who gets one day off their prison sentence for each ball produced.

Children love their ball from Brazil

“I am ready to tell you about the spirit of football” says Francisco. “I remember, a small story from 5 years ago when Brazil played against Haiti. We had just taken the lead in the UN peacekeeping force in that country. We concluded, that the only fun, the only happiness, the Haitian people would have was if we would take the Brazilian national team to play against them.”

“There were more or less 500,000 people in the streets to greet the Brazilian team and they were on the top of a military tank on the way from the airport to the stadium. The result of the match, was the least important thing, the happiness that those people had in that moment is the spirit of football.”