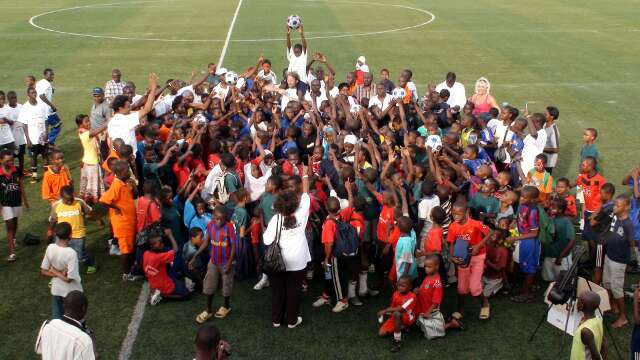 If the kids are united

It’s the grand finale to The Ball’s presence in Tanzania — a seven-a-side tournament of Unified Football for children drawn from schools all over Dar es Salaam. Transport is paid for, there will be prizes of footballs donated by the Brazilian embassy and everyone will get a square meal at the end of the event. It’s an irresistible prospect. 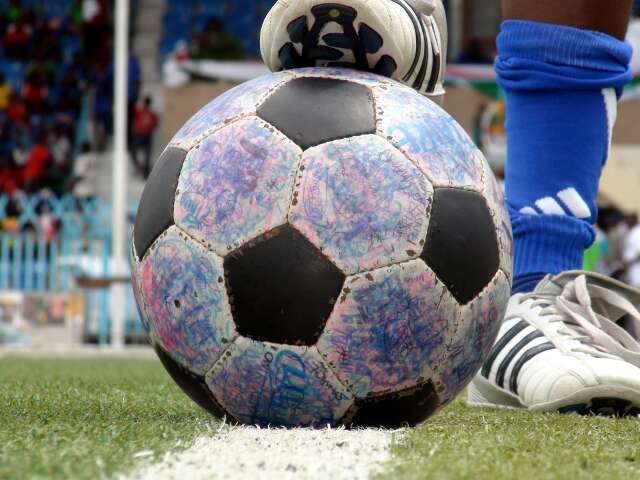 Waiting to kick off the tournament

It is mayhem in the stadium. The children are running about playing football, jumping around gleefully on the bouncy castle and dancing wildly to the Congolese music blaring from the cavalcade truck. Blaise, Christian and Andrew join in the fun, while assorted dignitaries look on with barely concealed delight. For children who, by-and-large, live lives deprived of such simple pleasures, this event is like sunshine on a rainy day. 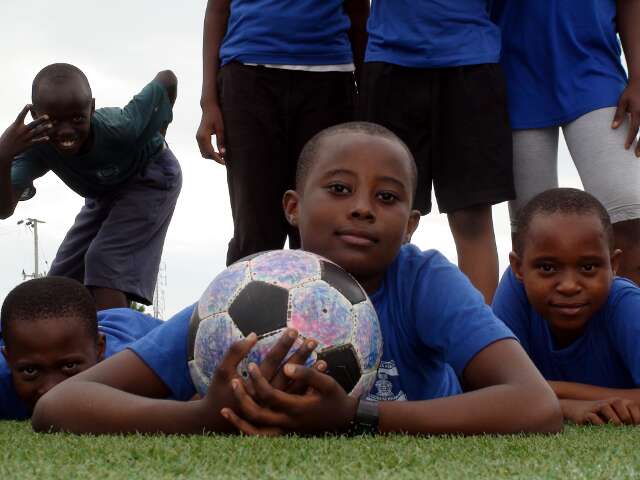 A player is proud to hold The Ball 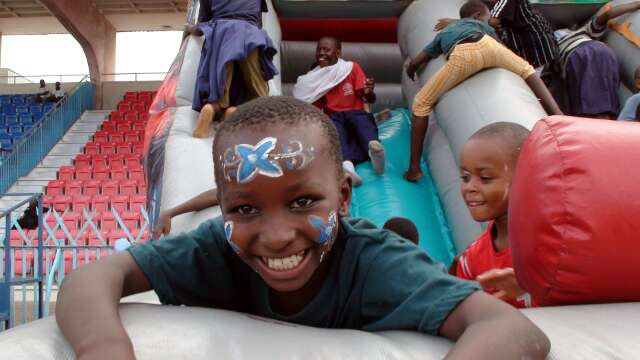 The king of the bouncy castle 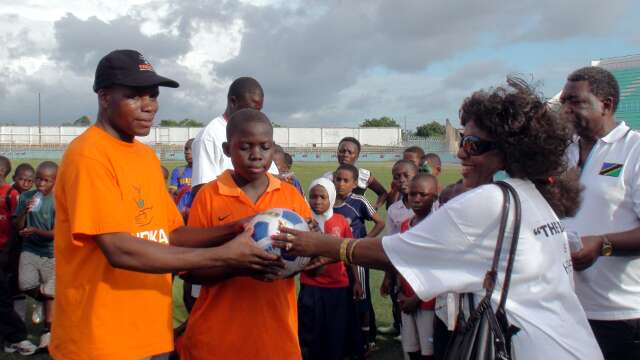 The balls from Brazil are distributed to schools

“This kind of thing has never happened before,” Sunday from the TFF says to Blaise. For Christian and Andrew, it’s one of the most encouraging moments of the trip when Sunday then suggests that this event become a monthly fixture.

The grand finale is finally over

When people use the presence of The Ball to bring people, companies, football federations and NGOs together, it seems that “the unlikely” becomes “the possible.”