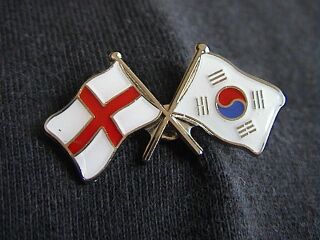 So then, it’s goodbye to Korea… the Ball is moving on today, and there’s just enough time to write a fond farewell to a country we have really enjoyed visiting. I will miss Korea very much – the people have been generous, hospitable, and I’ve loved their enthusiasm for all things football-related.

I’ll be cheering for you on Saturday…

So then, no football today…

What the hell are we going to do?

Plan our travels, that’s what. Phil and I have finally got our tickets home – we head back to Europe on the 4th of July… to Paris. All the flights to the UK are booked out until the 9th July, and we both decided it would be better to get out of Japan early. Paris was our only option.

The Ball leaves for Tokyo tomorrow evening – we still live in the vain hope of finding a couple of tickets for the England v. Brazil game. Yeah, I know, fat chance… but whatever happens, it’ll be great just to be close to the action…

It’s a madhouse out there… 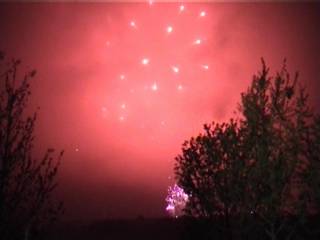 “We learnt that it’s not the winning that counts. Wherever you go, playing football can be used to improve diplomatic relations and promote peace.”
– an ex North Korean footballer talking about his team at the World Cup in England in 1966

But the winning sure does feel good…

The Korean Red Devils celebrate after a famous victory.

Koreans have taken to the streets in their thousands to celebrate their victory over Italy… and the delight that is so plainly written across their faces is equally delightful to behold. I’ve just got back from dancing down an eight lane highway in the middle of town with the crowds… beers and soju being thrust into my hands whenever they weren’t high-fiving passers-by…

END_OF_DOCUMENT_TOKEN_TO_BE_REPLACED 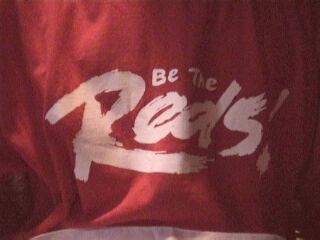 The atmosphere in Seoul is electrifying again tonight, with seemingly the entire population working themselves into a frenzy in anticipation of tonight’s big match – everyone is uniformly dressed in “Be the Reds” t-shirts (despite the team playing in pink) and starting on the soju early. We were going to go to City Hall to see the game, but then realised that we’d only be able to see the crowds – who have been gathering there since lunchtime…

END_OF_DOCUMENT_TOKEN_TO_BE_REPLACED

Hello from Japan from Oz

A word from your England correspondent making his maiden speech all the way from Cairns, Australia.

After arriving in Japan tired, ticketless and homeless, I was immediately buoyed by learning that the French had been beaten by Senegal. From that moment on started an eighteen day rollercoaster ride of Japanese culture and a feast of football that is the World Cup.

Fast forwarding two weeks from my arrival, the England bug has found it’s way into my system after managing to see two out of the three England games – but would I get to Saturday night’s match against Denmark?

END_OF_DOCUMENT_TOKEN_TO_BE_REPLACED

The Great Firewall of China

“From now on, Beijing will not encourage the development of internet bars”
Mayor Liu Qi

Sad news today… the internet cafes which helped us create and maintain this site in China are closed or about to close as a result of a fire in a PC bar in Beijing. So I guess this’ll be one of the last messages I can get through to all the good people we met in the “People’s” Republic. See you on the other side of the firewall, my friends…

Read the BBC news report here, or if you live in China (where the BBC’s site is blocked) email me and I’ll send you a copy. 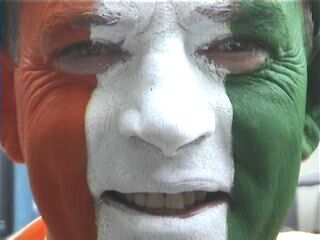 Joe Docherty, one of ‘The Arklow Jesters’ in full regalia

Our guesthouse is currently full of Irish, who have descended on the place in force to support their team. Before the game, as they prepared for the confrontation with Spain, all was smiles and optimism…

END_OF_DOCUMENT_TOKEN_TO_BE_REPLACED

There is nothing like the World Cup to bring out the xenophobe in even the most enlightened of us. The classic always used to be that African teams were “defensively naive,” with additions, famously from Big Ron who was standing in for HRH the Duke of Edinburgh. With a new century comes another classic. Orientals are short. During a Reith Lecture I heard on the radio the other day, one that was occasionally interrupted by the commentary on some match featuring the Belgiums (sic), I learnt that the entire population of the Orient, if stood on one another’s shoulders would not be as tall as Jan Koller. So join in and start slagging the world…

END_OF_DOCUMENT_TOKEN_TO_BE_REPLACED 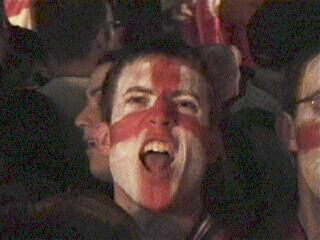 Three nil to the Engerlund!

Jeepers creepers, how good is it back home? Ex-pat bar in Korea booted along good and proper. English songs a plenty and a victory for our boys.

Not only did another defender stick one in the bag o’ onions, well… with a little assistance from the Danish keeper, but Owen opens his World Cup score sheet and… jeepers, bleeding creepers… HESKEY slipped one in! The Danes though, had little in response.

Come on you England

Well, save my own nervous excitement, I am well removed at the moment from any English fervour for tonight’s game, but will be heading off shortly to an ex-pat bar in Seoul for the game and hopefully a good crowd. Could be a home from home? 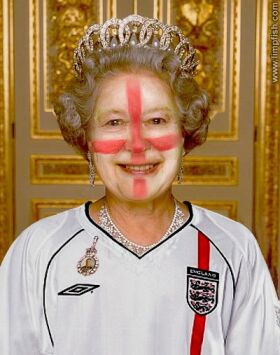 I am cheered though by reports from England of mass St. George support and hope for a lancing of the Denmark dragon, which would mean we’d have to get over to Japan for the next game.

Can anyone send photos which we could put up here from Blighty? It’d be beautiful to have a little home representation.

Michael, I dare you, stick a hat-trick in.