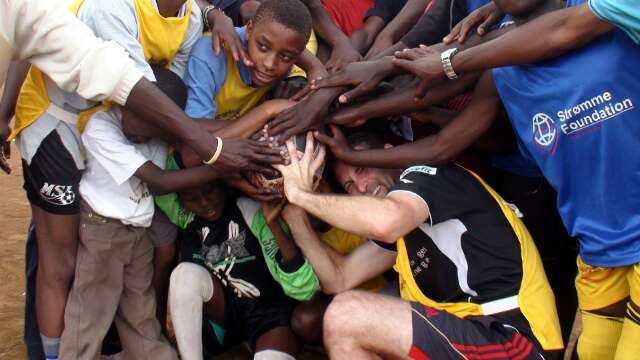 “The most important book of my generation was ‘The Joy of Sex’ but if I were to write a book, I’d call it ‘The Joy of Football'”
— Bob Munro, MYSA Founder and Chairman

In the world of football for development, the Mathare Youth Sports Association (MYSA) needs little introduction. Nominated twice for a Nobel Prize, this organisation which began humbly in the impoverished Mathare slum has touched the lives of more than 150,000 people in Nairobi. It is recognised throughout the world as a model for how sport can have a positive impact in a disadvantaged community. 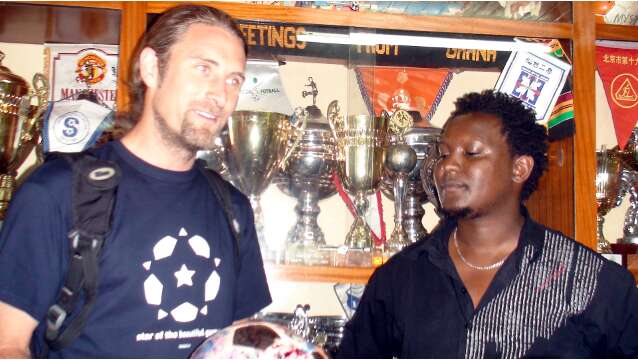 John Ndichu Ng’ethe proudly stands in front of an impressive trophy cabinet. He has come through the ranks at MYSA from youth project participant to youth leader to his current post as PR Manager. He tells us in detail and from experience about how the organisation works and what the results have been. MYSA offers us inspiration and encouragement. We recommend checking out their website for the full story. 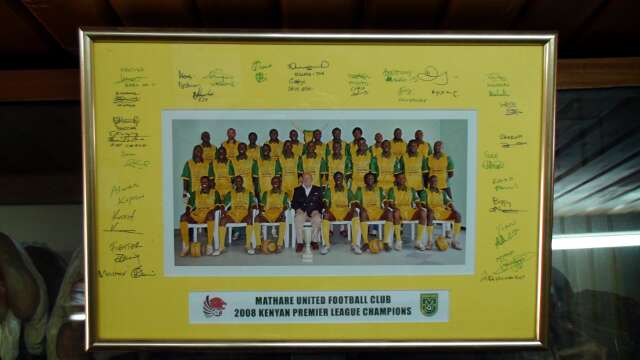 After hearing their story, we tell the story of The Ball to a packed room. And then it’s on to the reason for our visit, another unified game — a youth team from Mathare United (yes, they have a professional club with players drawn exclusively from MYSA) versus a unified team of Special Olympians, Kickabout and ourselves. Mathare United are clearly superb footballers and toy with the unified team, passing accurately and scoring freely. 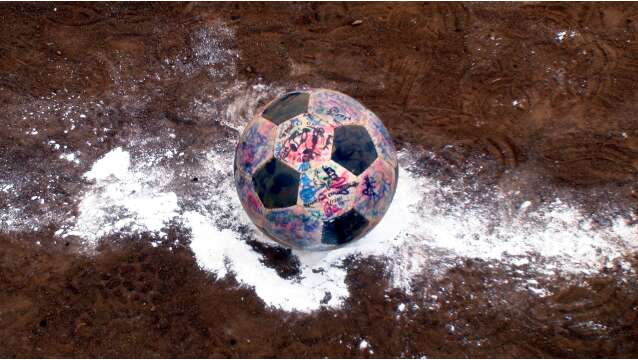 The Ball returns to the centre spot again (and again)

Not even the introduction of our ringer, former USA Womens World Cup winner Lorrie Fair, stems the tide. Fair’s more than fair though, and gets a huge cheer from the girls on the touchline — who are clearly impressed by her skill — every time she gets the ball. 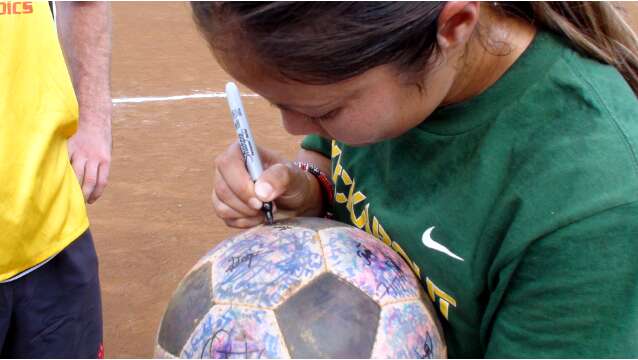 The final scoreline is a fitting testament to the success of MYSA. There is no shame in being beaten by the better team. Losing gracefully is one of the most important lessons in the art of taking part.

All hands in unity on The Ball