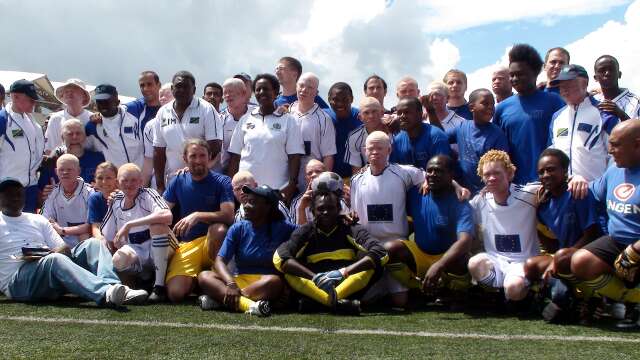 “The pitch we booked at the Gymkhana is waterlogged,” says Tim Clarke, head of the EU delegation in Tanzania. “We’ve got a match planned between a team of ambassadors and a team of albinos and now we’ve nowhere to play. Can we work together?”

Albinos, Tim tells us, are one of the most discriminated-against groups in Tanzania — so much so that they are often killed in ritual sacrifices because it is considered by many to be good luck to have a piece of an albino in the family home. Shuddering at this thought, Blaise offers the pitch at the Uhuru Stadium as a substitute venue for the game. 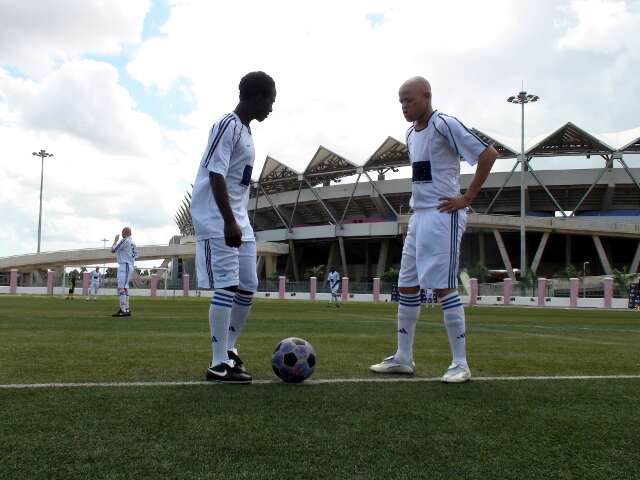 Albino United are ready for kickoff

Albino United, dressed in an all white strip, take to the pitch. Facing them is the team of ambassadors, looking less than confident — there’s no diplomatic immunity on the football field — but still up for the challenge. 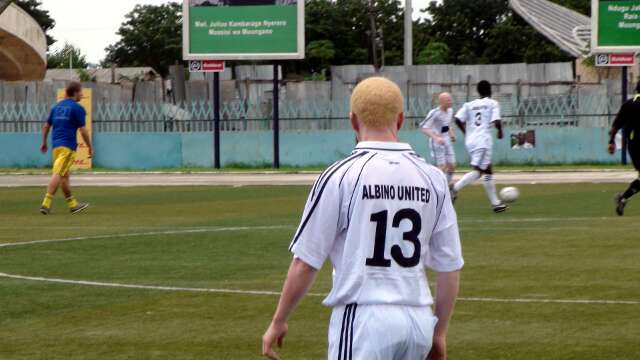 Straight from the kick-off, it’s clear that the diplomats are outclassed on the pitch, and the crowd cheer overwhelmingly for Albino United. But the ambassadors are honourable in their attitude to their inevitable defeat. Today is not about them, but about their opposition, who match the diplomats with their grace in victory.