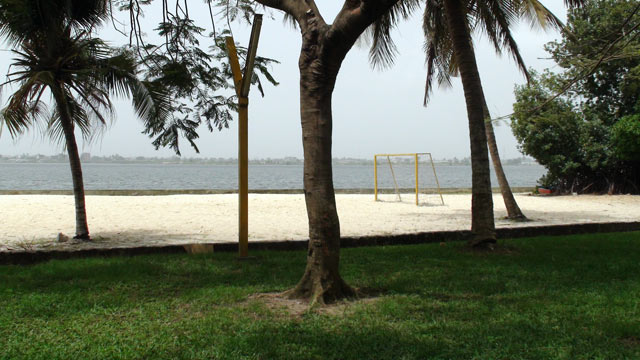 Phil has gone, his flight left at 2am this morning. Now I am all alone, just me and The Ball. It is going to be hard trying to take care of everything now: filming, taking photos, writing, organizing… and trying to keep the German taxman off my back.

There is so much to do on such a journey that there is often little time for anything else. In fact, on the whole trip thus far, we have not had one big night out on the town. And you are talking about 3 lads that enjoy good old-fashioned knees up and are unlikely to ever turn down an opportunity. The Ball dictates this hard schedule but it is worth it.

Tags: Abidjan, Behind the scenes, Ivory Coast, Travel
Posted in Cote Ivoire, The Ball, The Journey | No Comments » 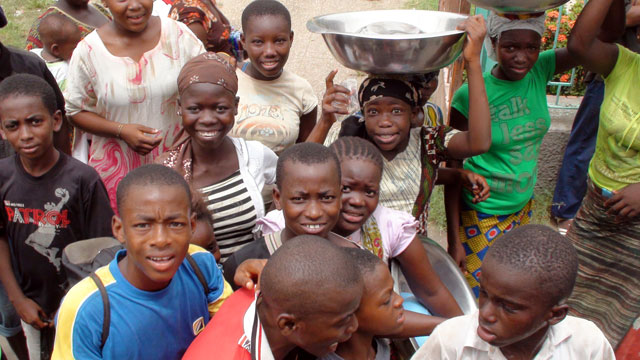 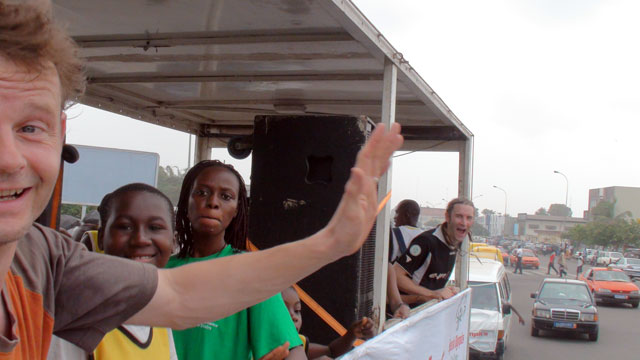 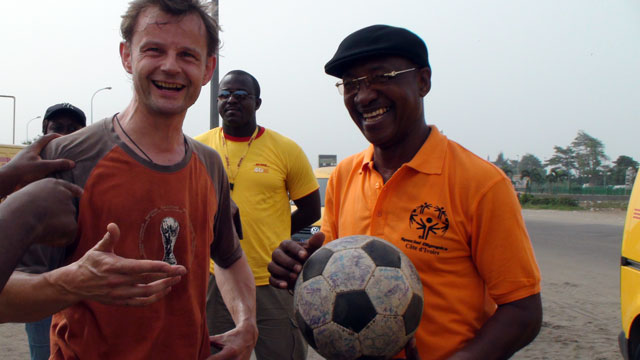 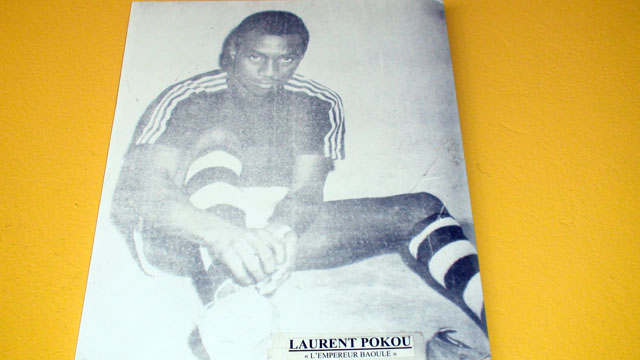 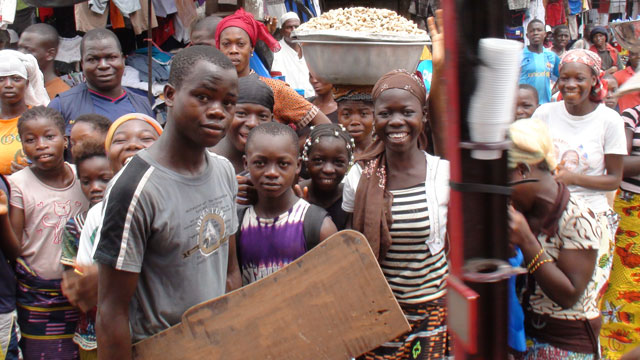 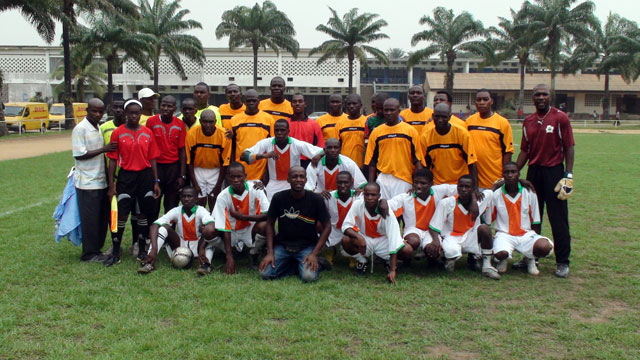 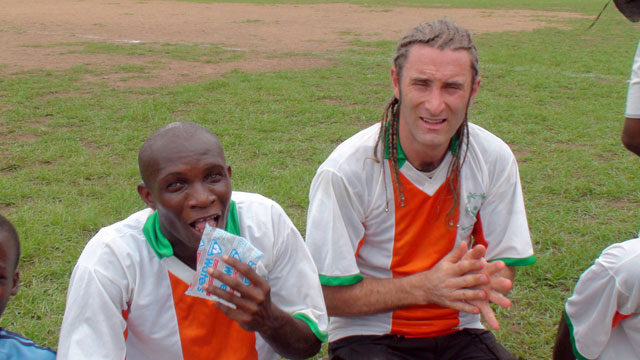 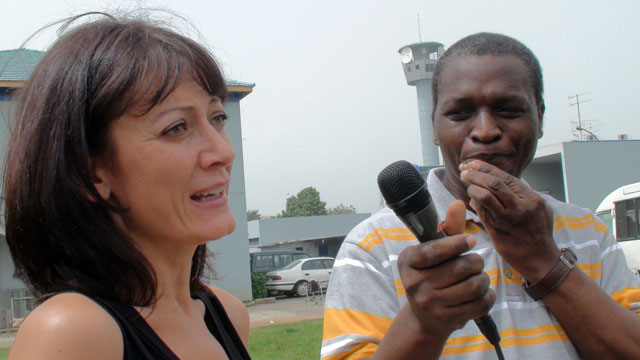 A few hours kip after that exhausting 46 hour train ride and we’re all set to meet up with Ancilla Smith, Special Olympics Africa’s football project manager, who has been tirelessly organizing their involvement in The Ball’s journey to Johannesburg for the best part of a year and a half.

She has flown in especially for the Côte d’Ivoire event because it is a premier programme in Africa for Special Olympics. The Ball is only in town for a few days but Charles Takouet and the folks at Special Olympics have put together an amazing schedule which leaves little time for anything else, sleep included. It all starts with a press conference at the Ministry of Sport. 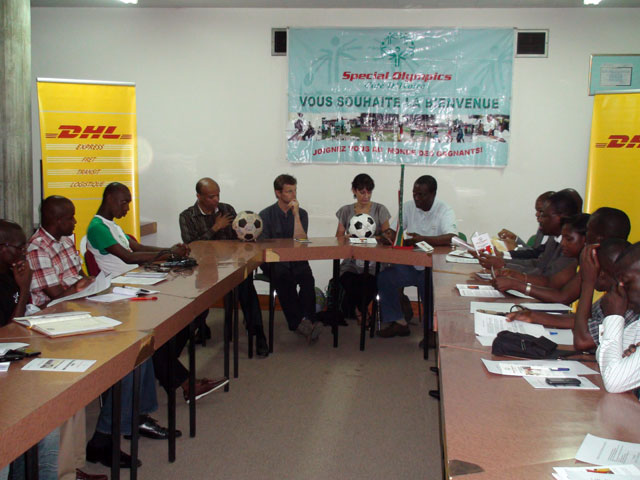 Press conference at the Ministry of Sport

Not being able to speak much French, Andrew leaves the talking to Phil. It’s hard to get across the essence of The Ball in a second language, but thankfully Phil’s explanation of The Ball and its mission seems to impress the Ivoirian journalists. 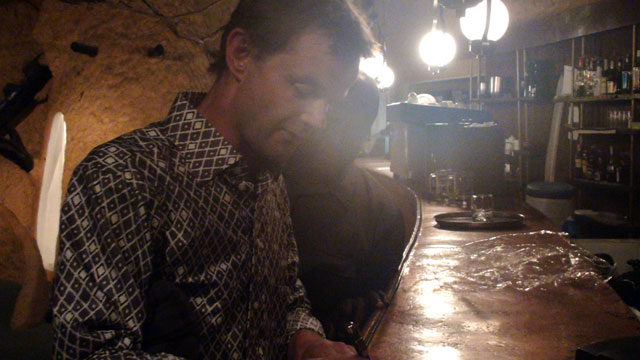 Dropping down from Burkina Faso on that agonizingly long train ride, one cannot help but notice the change in climate. It was 40 plus degrees in Ouagadougou but a very dry heat and surprisingly manageable. Abidjan’s temperature by comparison is mid thirties and stiflingly humid; one starts to sweat just thinking about going outside.

We are soaked through, while all around us are locals, used to the conditions and looking very comfortable — even wearing suits and ties and not a bead of sweat to be seen.

“Get used to it”, says Charles Takouet from Special Olympics, “Ghana, Togo, Benin, Nigeria and Cameroon are all going to be the same.”

Tags: Abidjan, Behind the scenes, Ivory Coast
Posted in Cote Ivoire, The Ball, The Journey | No Comments » 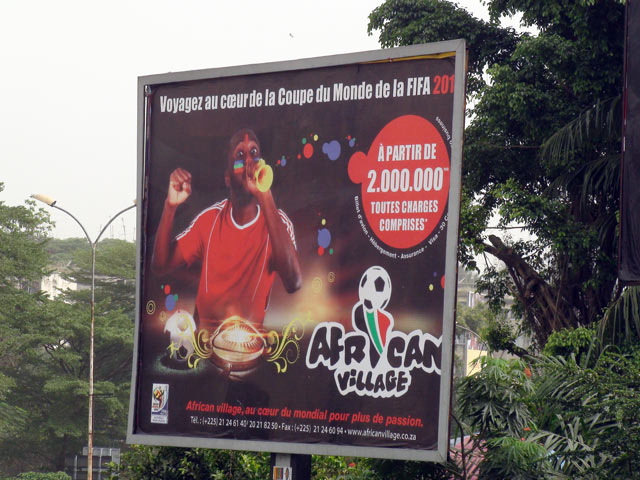 Abidjan, the capital of the Côte d’Ivoire, is a lively place and the most western looking of any African city that we’ve visited so far. The skyline is dominated by skyscrapers and there are roads without too many potholes. Football advertising boards have been a regular thing in West Africa but not quite as much as in Abidjan.

An advert for travel to the World Cup

Everywhere you look you can see the big telecommunications companies MTN and Orange slogging it out. MTN is an official sponsor of the FIFA World Cup and they are flaunting that fact. But Orange is the clear winner here. Côte d’Ivoire’s Elephants play in an all orange kit and the huge billboards with players and fans dressed in orange are impossible to miss. They are especially effective since everyone’s focus is turning to the World Cup now.