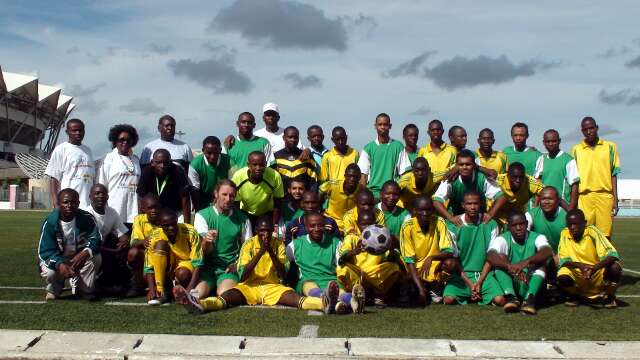 The first of our visits to the Uhuru Stadium in Dar es Salaam is for a game of Unified Football that will be the curtain-raiser for a friendly clash between the Ngorongoro Stars (the Tanzanian Under-20 team) and league high-fliers Azam United. 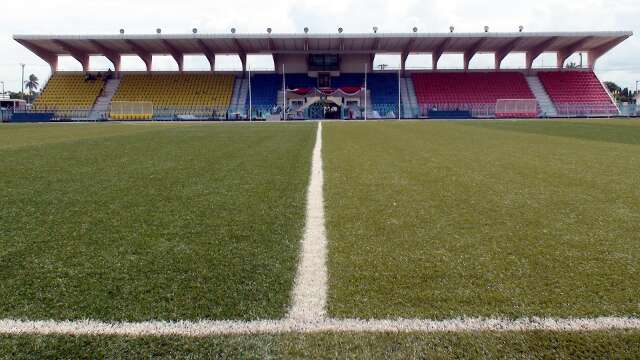 Uhuru Stadium lies in the shadow of the much larger National Stadium which has recently (and unsurprisingly) been built by the Chinese. But it’s no slouch of a place, fitted as it is with artificial turf and a decent stand.

By now we’re pretty used to the way these events pan out and dive in to our respective roles. Andrew gets ready to play. Christian schmoozes with the dignitaries and films what he can. 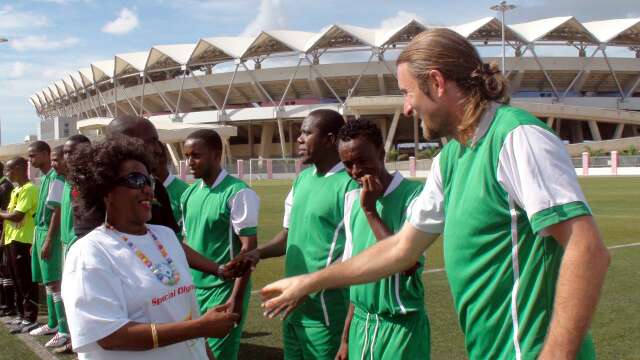 Eileen from DHL and Andrew, the National Stadium behind them

Although Special Olympics put the emphasis on participation over competition, this does not mean that the players are any less passionate about the game. It’s a good match, properly contested, good to watch.

Unified teams are unified for the team shot

Top of the bill is the game between the Tanzanian Under-20 team, fondly referred to as the Ngorongoro Stars, and Azam United, a professional team which, like so many in Africa, is a company team — in this case drinks manufacturer Azam. 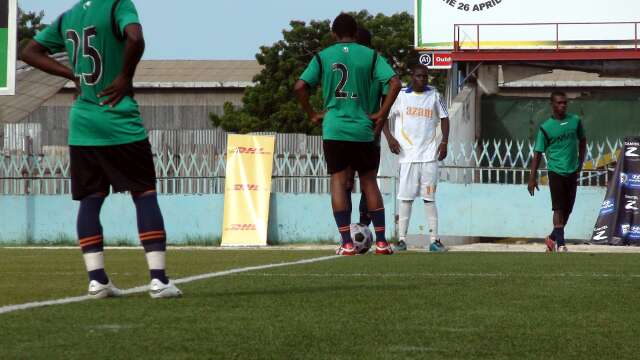 Ngorongoro Stars kick off with The Ball

During the game, we spot Maximo, the charismatic and popular Brazilian coach of the senior national side. He volunteers to kick and sign The Ball and then tells us with pride how he has changed the way the whole country plays the beautiful game. 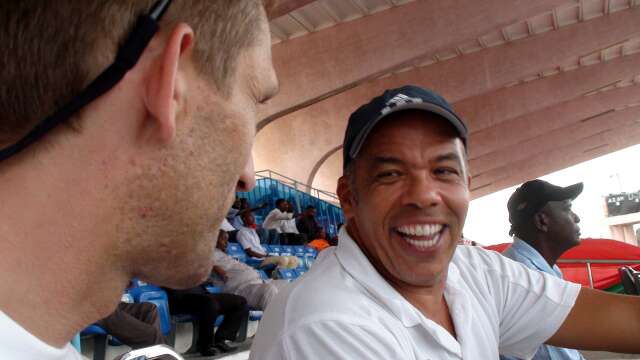 Tanzanians used to play an English-style long ball game. Maximo reasoned that Tanzanians weren’t really physically suited to that style and immediately told his team to keep the ball on the ground. His instruction seems to have filtered through to every level of the game and he is now an iconic figure in Tanzania, the third most recognised person in the country. 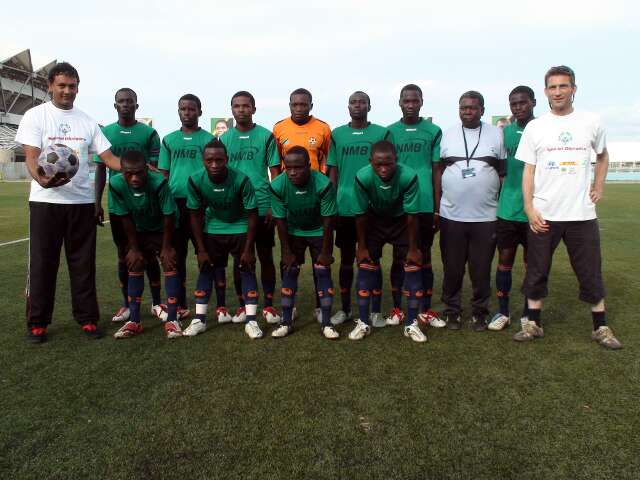 As he leaves, Maximo tells us that we really must come along to the Tanzanian Football Federation’s training ground early on Saturday morning to see the young children who make their way there, often on their own, fro all over the city — football boots slung over the shoulder and water bottle in hand. “Then you’ll understand the passion for football in this country,” he says.