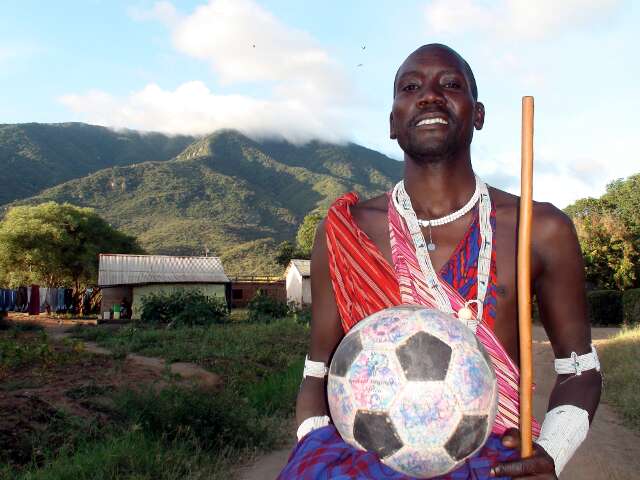 Big up the Maasai massive

Kalyibu, from the Maasai Boma tribe invites us to visit his village, just outside of Longido. 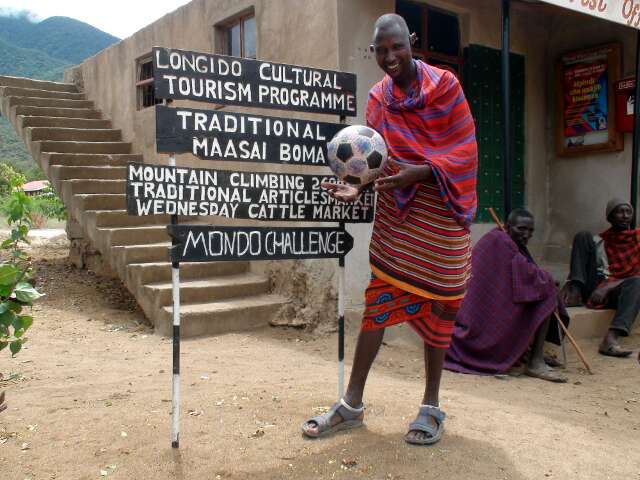 All signs point to a fascinating day

The Maasai here have upheld their traditional beliefs: They wear their traditional clothes, pierce their ears as they have for centuries (ear lobes are so large they can wrap them around the tops of their ears) and they still live very simply in thatched huts surrounded by their animals. 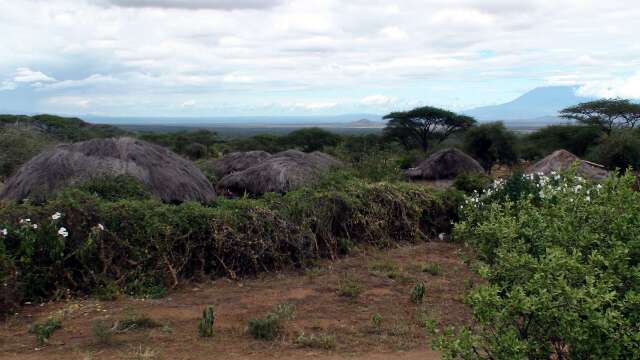 The distinctive thatched roofs of the boma

As we move towards the Boma we meet many Maasai who are eager to touch The Ball. The Maasai appear to be a tribe full of goalkeepers as they are very keen to throw The Ball around and not so good on the ground. 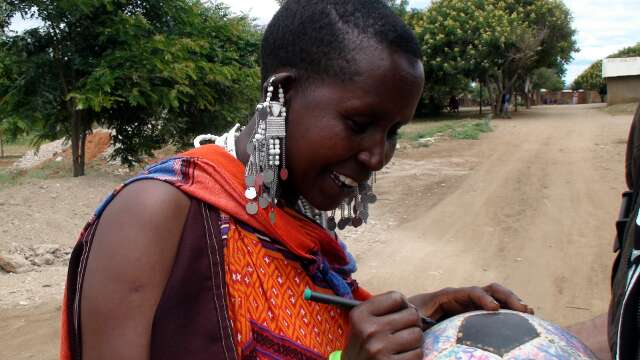 After a few yellow cards are dealt out by Christian for handball, perhaps realising that they are on the brink of being sent off, they begin to pass The Ball around with their feet and relish this new experience. Eventually we arrive at the village and its time for a game of football. It’s suggested that the cows, goats and donkeys can play too but they seem quite shy. 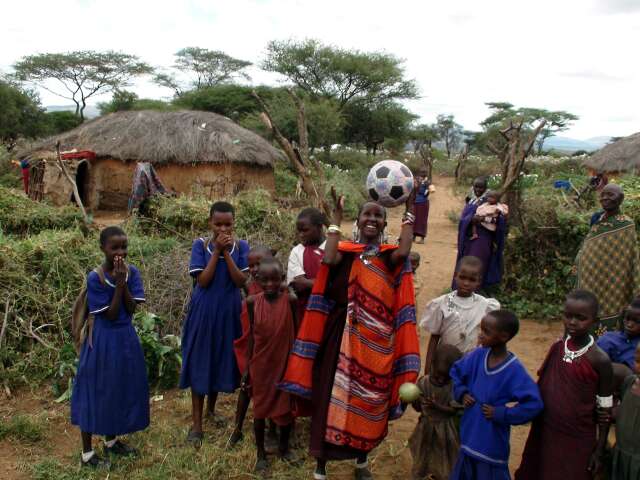 The Ball at The Boma

Andrew fires The Ball past the Maasai goalkeeper at the entrance (goal) to the village and everyone enters. The Ball is kicked into a hut, where a stew is on the boil. 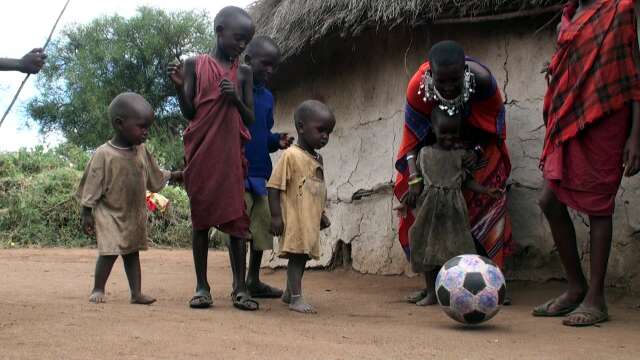 Rolling into a traditional hut

The Ball seems to hold an almost mystical value to the tribes’ people: children and adults alike want to touch it and kick it and every single one of them signs it. As we leave the village, we have forgotten something very special. The Ball!! They run after us and hand The Ball back.

Not posing at all, Maasai-style

We feel honoured to have been guests of Maasai. We’ve won again and The Ball rolls ever on.