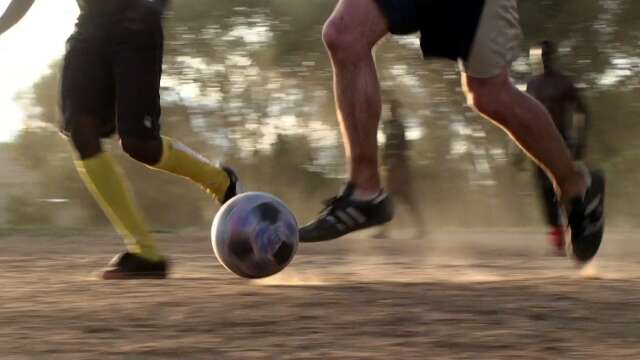 Alliy invites us to join his football training session. They are preparing for their big May-day football game at the weekend. Andrew joins in while Christian juggles on the sidelines with kids too young/small to play in the game. 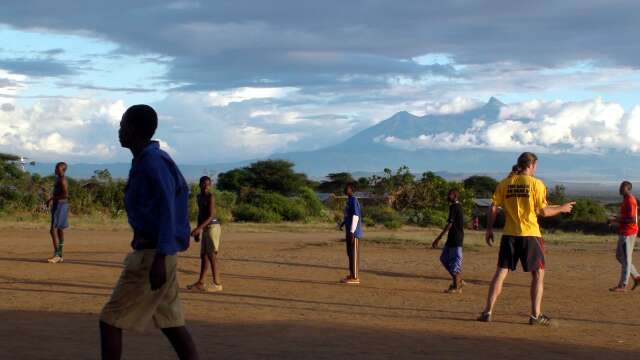 Mt Meru and the vast plains make for a spectacular backdrop.

The Ball is played with for the first 10 minutes but it is deemed too flat and is traded for another football. 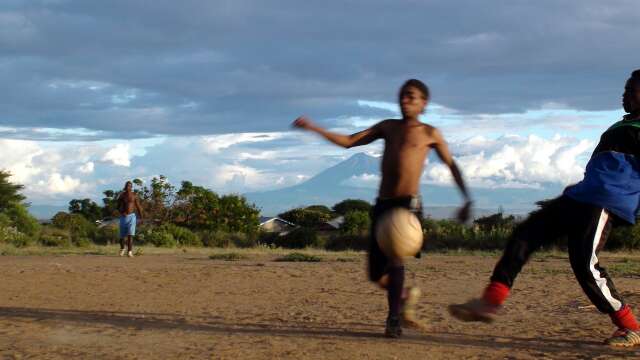 Are you hard enough? Apparently The Ball isn’t

The other football pops after striking a thorn on the sidelines and The Ball is called back into action.

A rolling ball gathers no dust

The practice session lasts long past the point where it’s possible to see the ball, but no-one seems to mind. 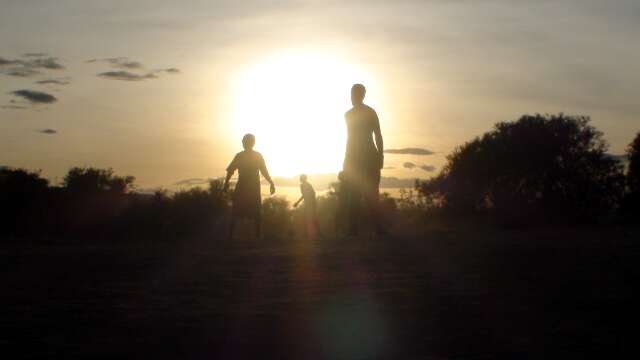 At the end of the day, it’s a game of two halves