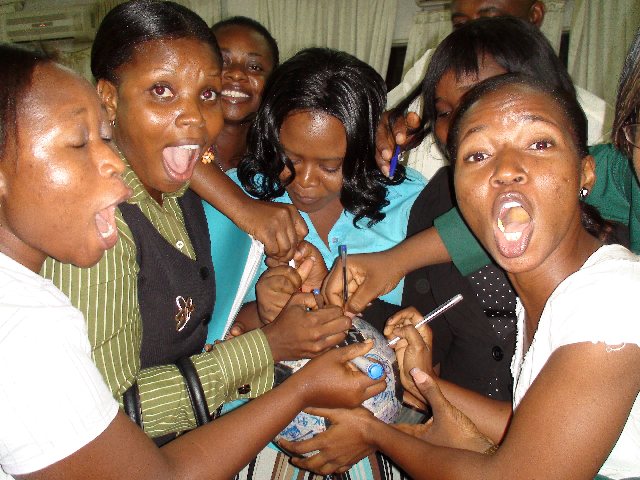 Kweku Obeng Lartey is a Ghanaian and a good friend of mine. We both studied our masters in Public Policy at the now named Willy Brandt School of Public Policy in Erfurt, Germany. 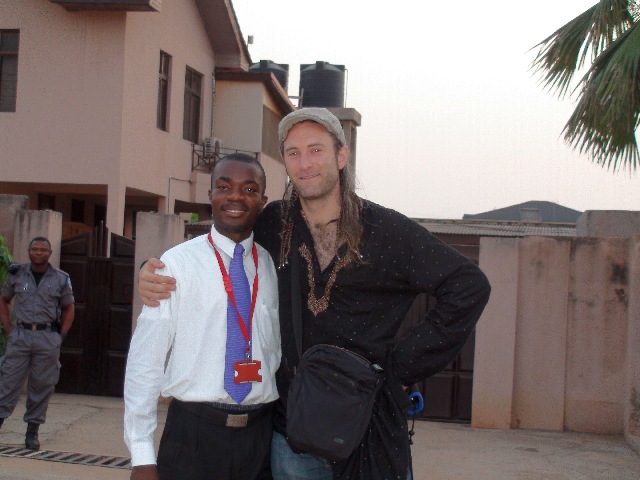 Kweku and Andrew outside of Kweku’s home in Accra

Kweku, the organiser in his year, was constantly coming up with ideas for interaction and throwing himself totally into the university community. It is no overstatement to say that nearly everyone on campus knew and liked Kweku. He is one of those people who never has a bad word to say about anyone, who always has a smile on his face and whose positive attitude to life brings out the best in the people he meets.

Kweku, a highly talented and skilled young Ghanaian, graduated with a Masters degree in Public Policy but he didn’t want to stay in Germany, he didn’t want to remain in Europe: No. Kweku, like the countless number of educated Africans we are meeting on our journey to South Africa, was always intent to take his education and head back home to give back to his community and to be with his people. And Accra, his home city, is a great place to be. 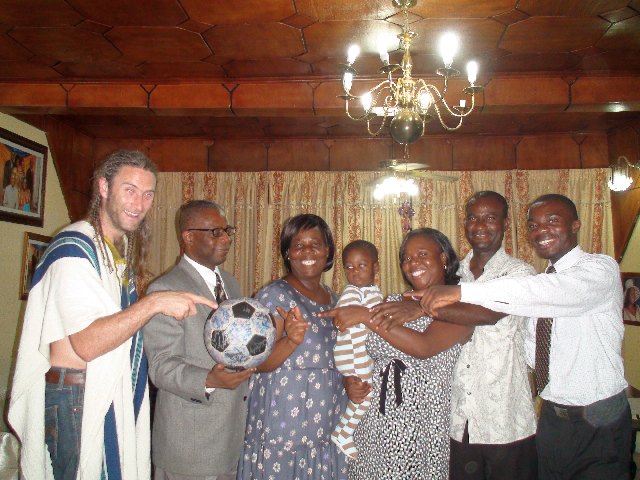 Kweku and his family embrace Andrew and The Ball

There are thousands of educated young Africans who, like Kweku, are coming back to Africa with a top quality education and international networks and investing their futures here, when they could easily remain in Europe or America or Australasia. Kweku represents the future of this continent. He has the know-how, the skills and the desire to lead Africa into the future.

The last time I saw Kweku was in September 2008. He was leaving Erfurt with his MPP. I bought him and his fellow classmate Eneda lunch. We said our goodbyes. More than a year and a half later and Kweku and I are meeting up in Accra. In early 2007 we first talked about The Ball’s journey to the World Cup. Phil and Christian were in Erfurt for a planning session. Christian and I were offering an undergraduate seminar called Spirit of Football and about 20 students were integrated into the planning. We were discussing West Africa. Kweku became our West Africa consultant. He was adamant that the West Africa itinerary was doable and necessary. “You can’t travel to the World Cup without visiting Ghana”, he said.

He was right. And here I am, staying in his family home in Accra: meeting his parents, his bible study group and introducing The Ball to his undergraduate philosophy class at the University of Accra — seeing his world and loving it.

Kweku, thanks for sharing an insight into your life with me and The Ball… and thanks for becoming part of our journey of discovery in Africa.

Tags: Accra, Behind the scenes, Ghana