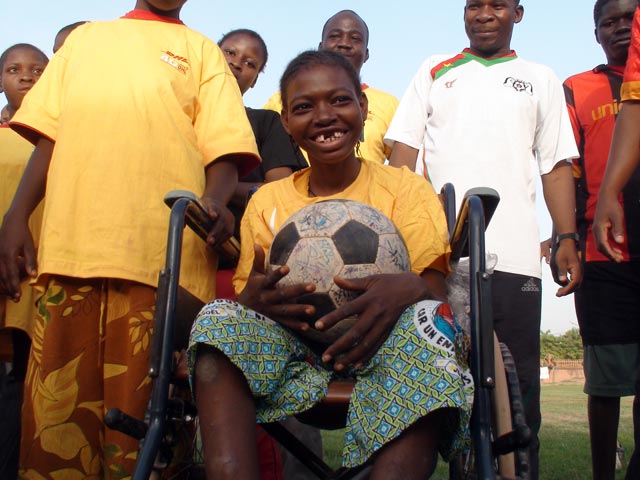 We are scheduled to play in a Unified Football tournament today. As ever in West Africa, the fearsome heat makes us anxious about taking part. But these events are such fun that it is impossible to stay on the sidelines. So bring on the football, bring on the sweat! 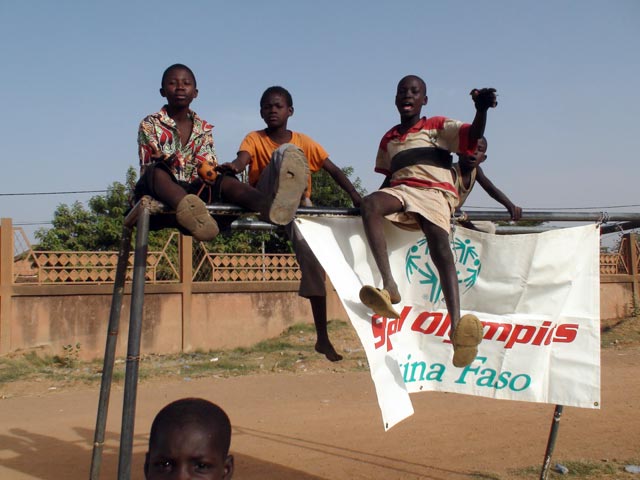 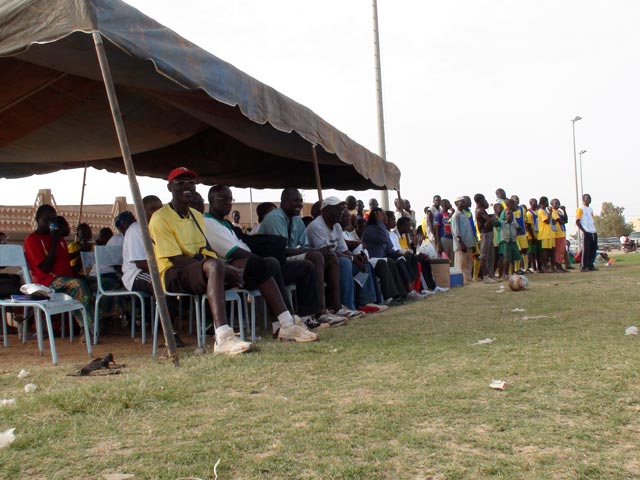 A stand shelters spectators from the sun

Being a Liverpool fan, Andrew is very keen to play on the team that is dressed in the Liverpool kit. 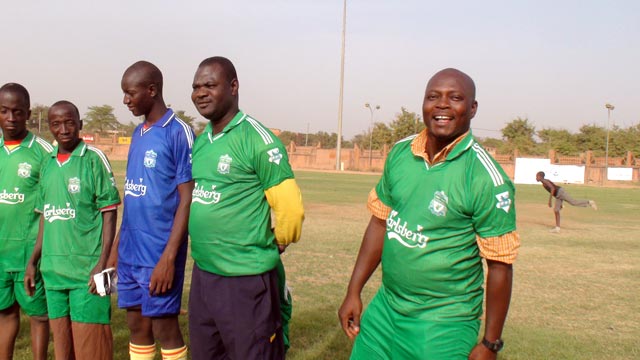 An open and friendly atmosphere develops as everyone gets to know one another. All the teams play against each other and once more football is the winner. 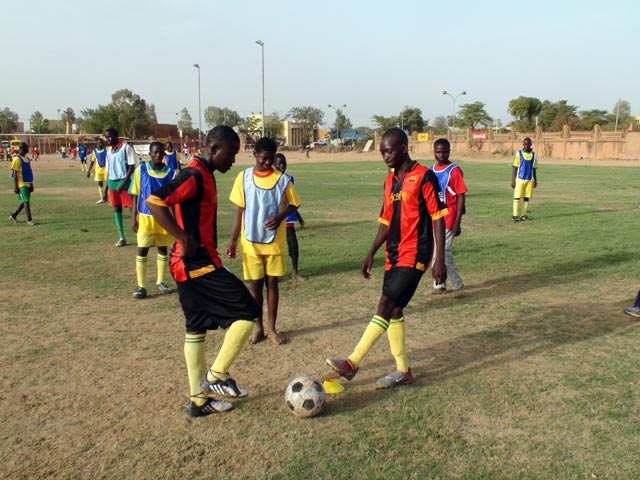 A game kicks off 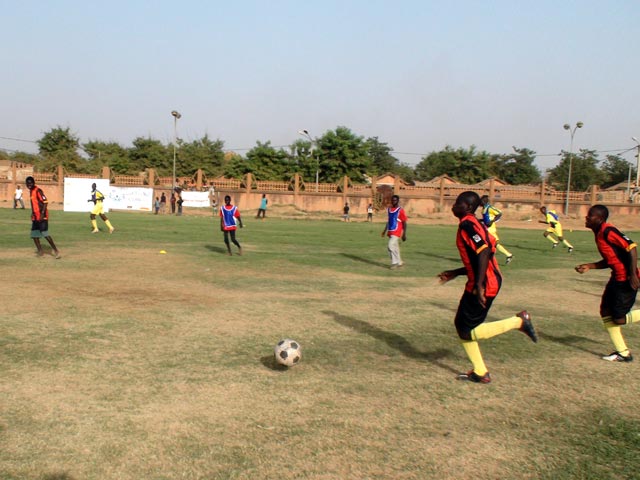 Games are played at pace

Some of the Special Olympics athletes who are playing have quite severe disabilities, but they are accepted as players of equal importance to each team.

A child is delighted to hold The Ball

The large crowd of spectators (we estimate around 500 people have turned up) seem to enjoy the games a lot and are very vocal in their support. The post-football celebrations show that making new friendships means that, whatever happens on the pitch, everyone is a winner off the pitch. 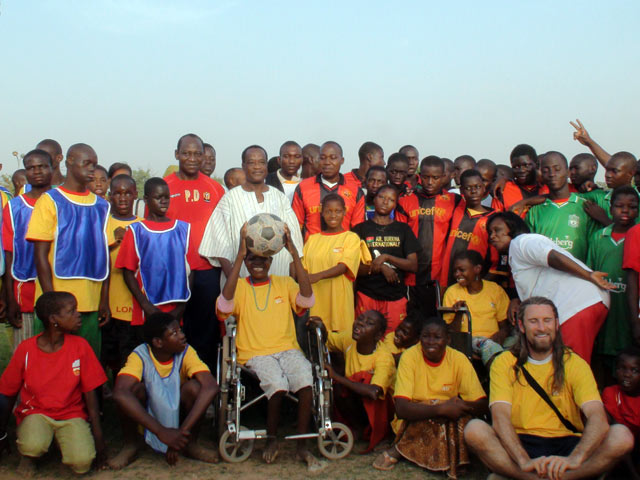 Everyone celebrates friendship and football