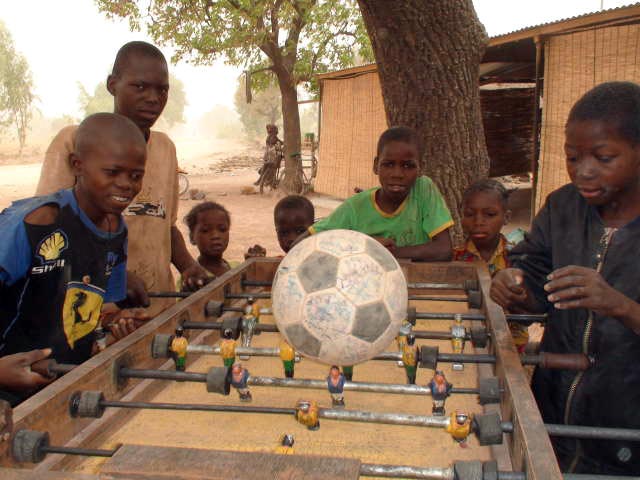 We found Chantal and André’s little slice of paradise Un Paradis à Ouaga in Phil’s West Africa guide book and decided to stay there. And what a delightful place it turns out to be. This lovely French couple are wonderful hosts and have been able to provide us with great insight into the region. They travelled around West Africa for 3 years in their Land Rover and decided to settle in Ouagadougou. “Why Ouaga?” we ask. “Because the people of Burkina Faso are genuine, extremely honest and friendly.” 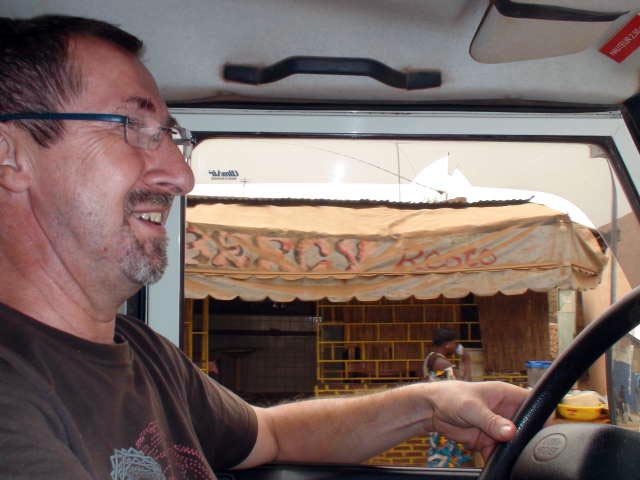 André and Chantal tell Andrew that they support a local community called Kalzi, a small village 30 kilometers off the beaten track from Ouaga. They financed the building of a classroom and are set to invest more in infrastructure. Andrew travels with André and Chantal to Kalzi to have a look at what they are doing. 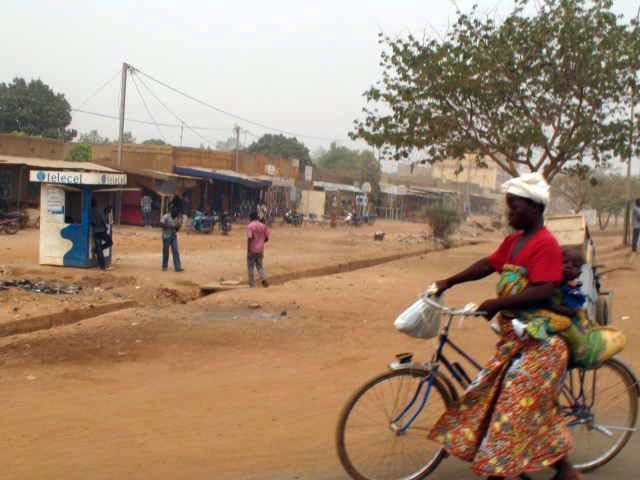 A street scene on the road to Kalzi

Unfortunately the school is closed. It is a Saturday and school holidays are starting today. Upon arrival, the Ball comes out straight away. It’s introduction to Kalzi is being played with in a game of table football.

A kickabout is quickly organised outside the village’s central community meeting place. It is dusty, very dusty. Warm, sandy Saharan winds have been blowing in from the north all morning. The sun is barely visible and, as usual, it’s blisteringly hot. With all this dust in the air, it’s not the best weather for football. But the children are flocking to The Ball.

We are ushered to the football field. Well, it is a very hard flat open area covered in dust. Large stones are set up as goals and teams are being formed. Lights versus darks. Henry, Messi and Drogba are all playing. Game on. 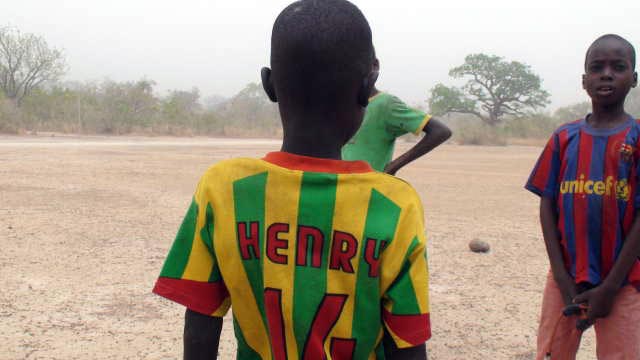 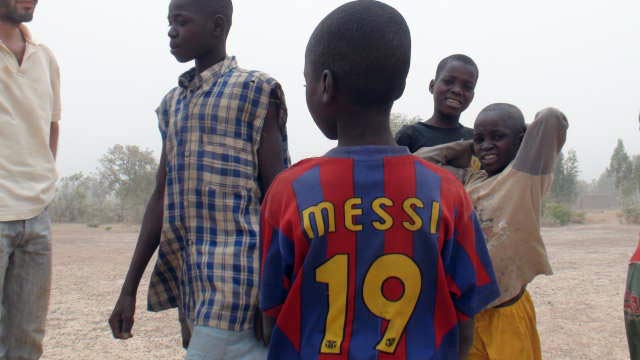 The game lasts for about 40 minutes. The kids, playing barefoot are full of running. Andrew and Alex, a guy from Italy who happens to be in town, are the captains. 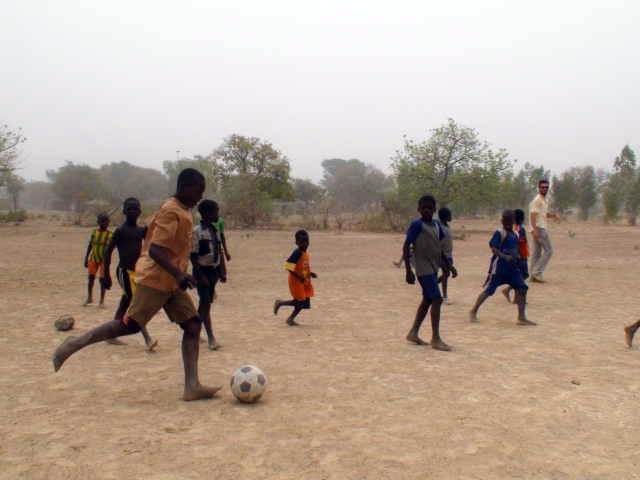 The game in progress

They tire quickly and cough repeatedly. The score is tied at 2-2. Golden goal is played but neither team can score that all-important, decisive goal. Despite throwing everyone forward and half a dozen goalmouth scrambles the teams are inseparable.

The game is a close one

It’s going to be penalties to decide this one. 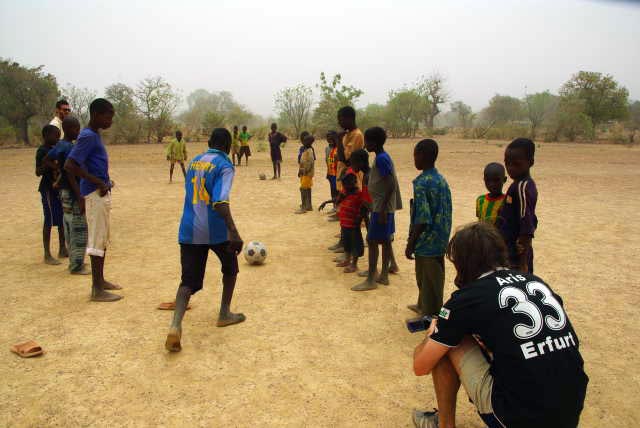 The game goes to penalties

Lights win the shootout, but there is delight all round at the end of the game. Yet again, it is a privilege to be involved, a privilege to meet the players and to have such fun. 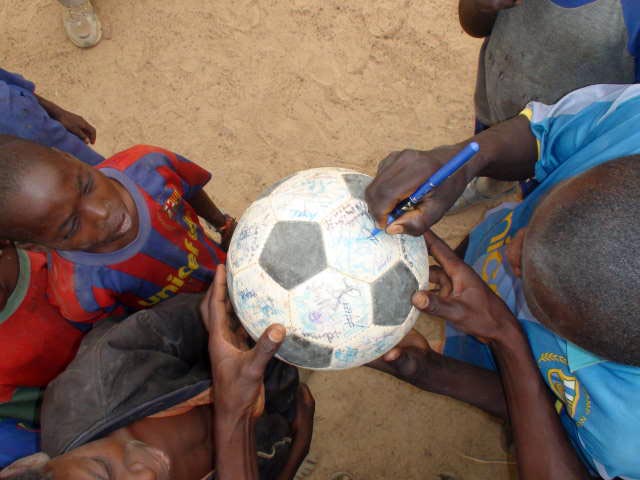 Signing The Ball after the game