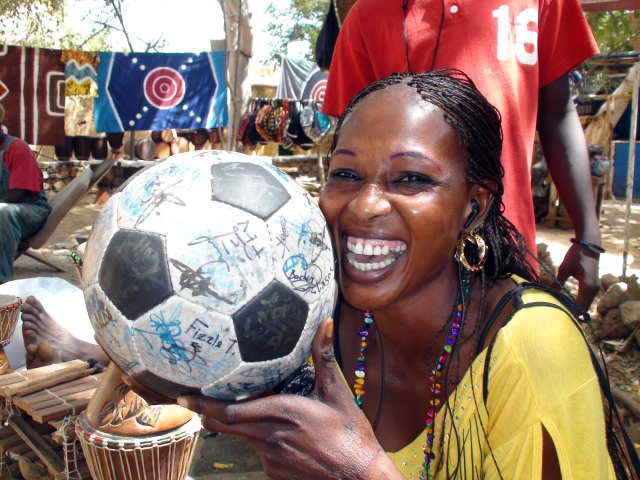 Dakar is on a peninsula and is said to be the nose of Africa and that Africa breathes through it. We take a morning ferry from Dakar to Ile de Gorée — an island off the coast of Dakar — with Mademba Mbacké, Directeur des Programmes Special Olympics Senegal. From this seemingly idyllic island, millions of Africans, who had been rounded up throughout West Africa (and as far east as Sudan) in the 19th century, were exported as slaves to the USA, Brazil, the West Indies and Europe. 50% of them died in transit. 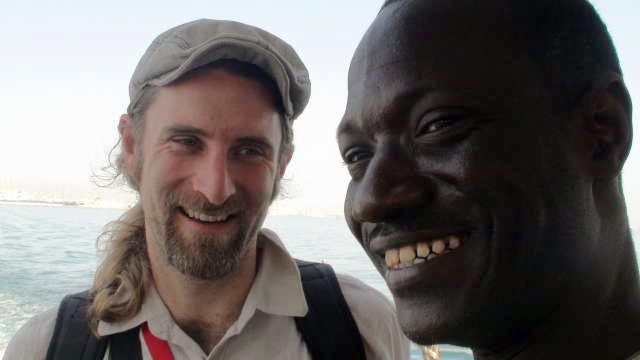 Our first stop is the last remaining slave house. It was in here that thousands of slaves were crammed, awaiting their fate. When Nelson Mandela visited the island, he insisted on crawling into the tiny prison room of this house. 6 or 7 people were crammed into this tiniest of cells under the stairs, without a window and excruciatingly hot. Mandela came out shedding tears. 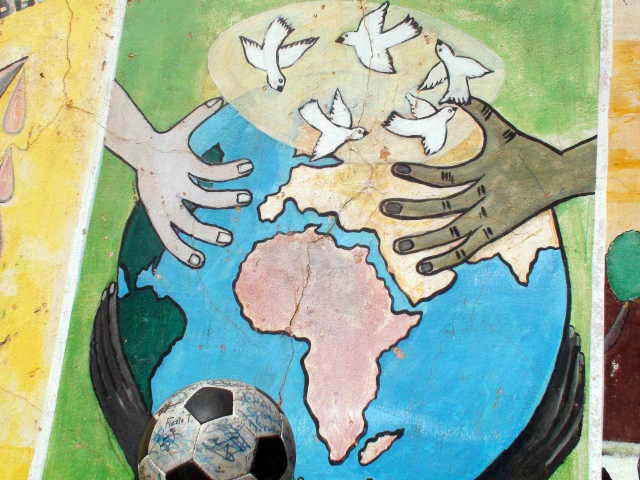 Let freedom ring. Girls from the traditional all girl school Maison D’Education Mariama Bambaras painted a series of peace paintings on a memorial wall on Gorée. 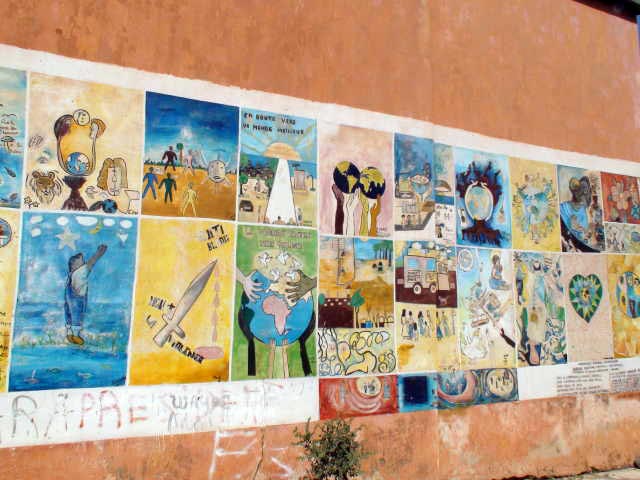 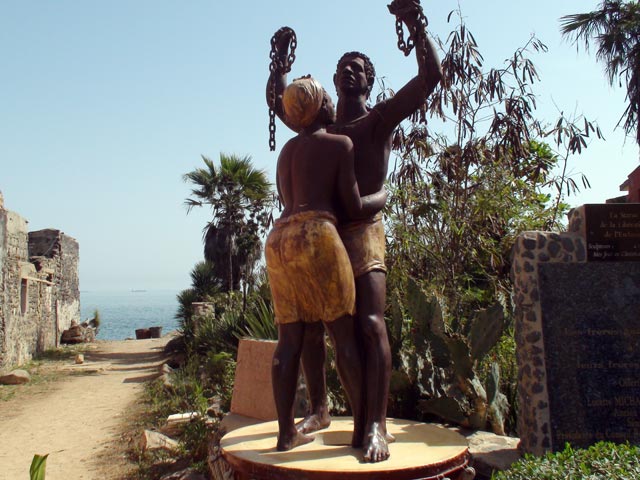 As a sign of brotherhood and respect, the brothers of Guadeloupe donated this memorial statue to the brothers of Africa. It is a statue of the liberation of slavery sent from the West Indies. The drum symbolises communication, and the knowledge that the Africans who left would continue to understand the rhythm of the drum. A rhythm that can bring people together. 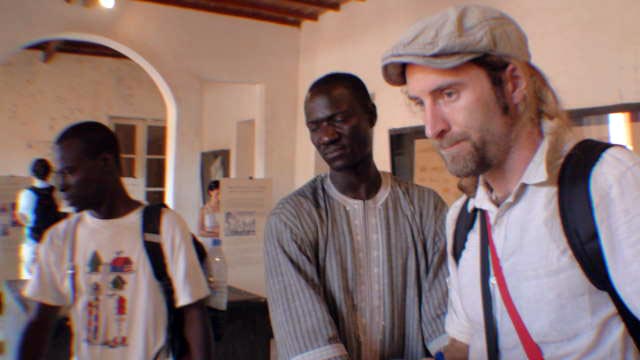 Along with The Ball’s tour guide Francois, Mademba and Andrew request a minute of silence to contemplate this place and the things that happened here over 200 years ago. Mademba eventually comments: “This is the real story of Africa. The present is important, but the future comes from the past. What happened here 200 years ago explains what is happening now in Africa.” 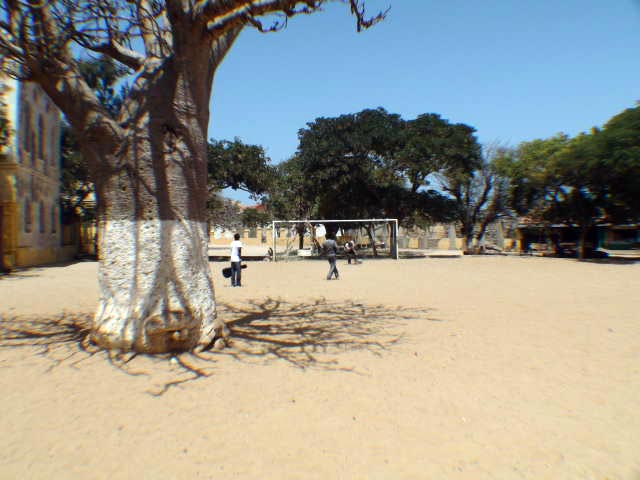 Football by the baobab tree

This baobab tree is providing a little bit of shade on this blazingly hot day. It is said that the nut from the baobab can relieve constipation. Not sure that we are going to be needing those on our travels, however. We are heartened to see the goalposts here — it reminds us that Mandela played football during his incarceration on Robben Island. There are some things that can help alleviate the horror of even the most hopeless of situations. Play, friendship, or a smile from a stranger.

A girl smiles with The Ball

Leopold our gracious host for the day, sponsored the journey, including our delicious, typically Senegalese, rice and fish lunch. On behalf of his brother, the Mayor of Gorée, he awards us and The Ball “official pilgrim” status to Gorée Island. 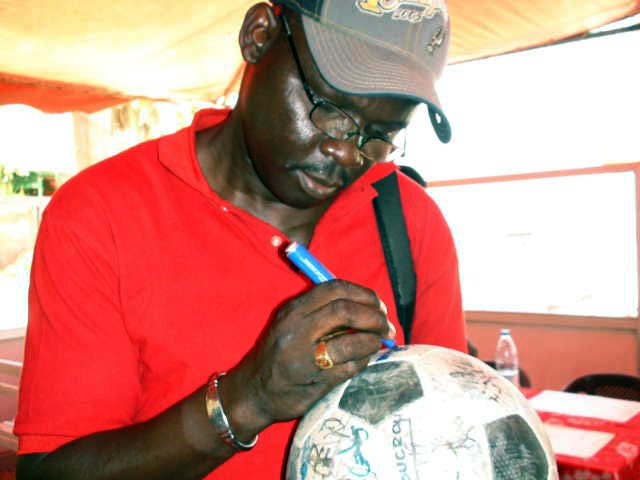 We finish our lunch and realise we have to rush for the ferry. But where has The Ball gone? Panic sets in. Again. We needn’t have worried — Leopold has it safely tucked under his arm. He guards it for us as we head back to Dakar. 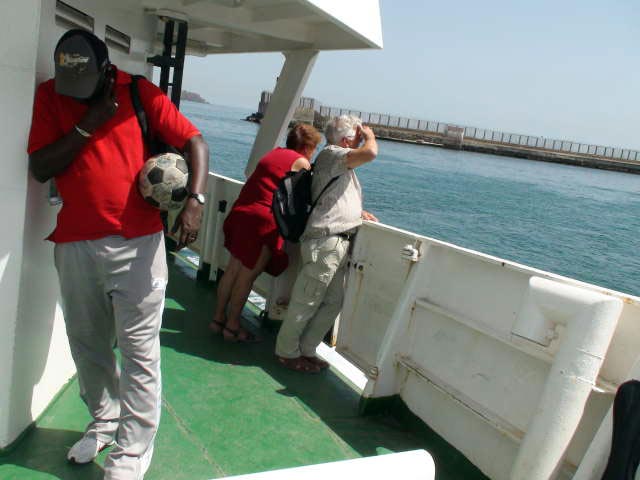 Leopold safeguards The Ball on the ferry