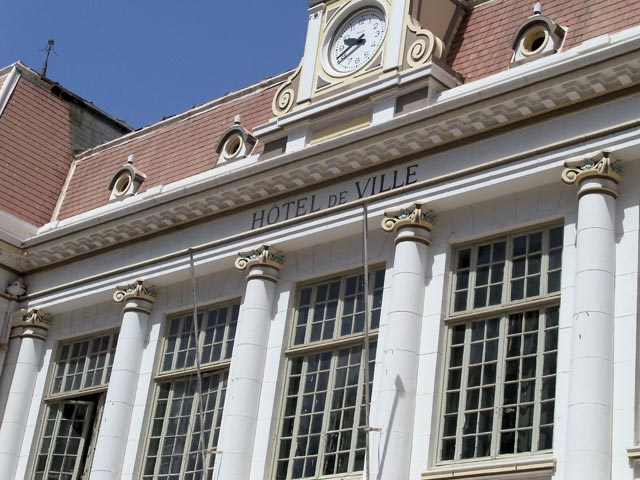 A diplomatic mission in Dakar

We hone our diplomatic skills as Special Olympics Senegal organise a visit to Dakar’s City Hall.

We’re beginning to understand that, this time round, The Ball’s journey is more than just an exercise in “happy-go-lucky” serendipity and has a more serious element to it. Meeting the children at the special needs schools impressed on us just how important The Ball can be to them and that we have a responsibility to make The Ball as good an ambassador for their cause as we can. And so we’re off to meet the Mayor of Dakar on their behalf.

It turns out that the Mayor himself is otherwise engaged and so The Ball is introduced to the First Deputy Mayor. The meeting takes place at an enormous long table with a central channel for The Ball to be rolled down. The Deputy Mayor takes great interest in the journey and our partnership with Special Olympics and can’t resist a spot of keepie-uppie out in the hallway. 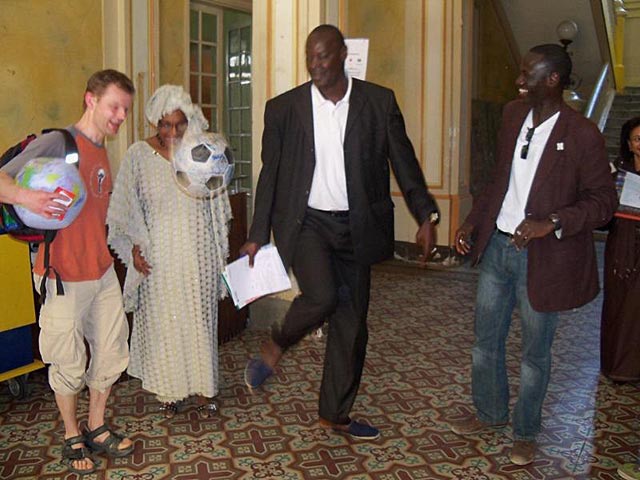 The Deputy Mayor plays keepie-uppie with The Ball

He promises to grant Special Olympics athletes access to a number of sports facilities for training and other activities. He also asks Special Olympics Senegal to send him a list of their needs for further consideration.

It’s all smiles for the The Hotel de Ville team

We hope that The Ball has helped Special Olympics Senegal to open some doors to the administrative and political authorities in Dakar. And, more importantly, that they stay open once it has moved on.