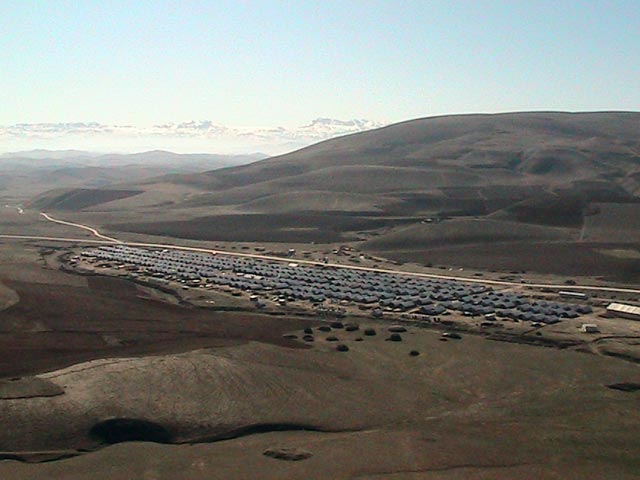 Richard posted some pictures to us from the refugee camp in northern Afghanistan that he’s working in, run by the Norwegian Refugee Council.

He’s been telling everyone there about the journey of The Ball and some of them offered to show their support with messages of good luck written on small banners. 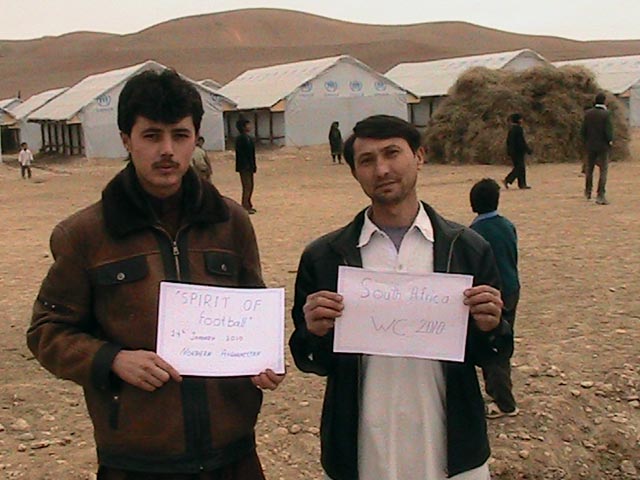 Two Afghan men hold messages of support for The Ball

Football is a popular pastime in the camp, where there can be long periods with little to do. 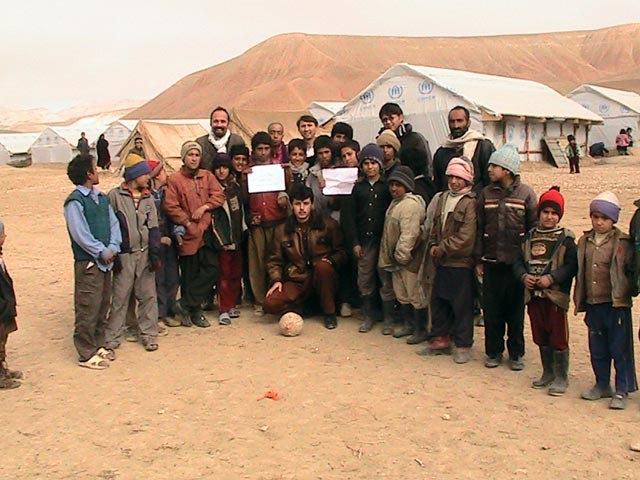 Group photo at the camp

We are hoping to support them in return by sending replicas of The Ball to them, since the ball in the picture above looks a little worse for wear. The Alive & Kicking ball, made as it is for tough playing conditions, should last them a good while longer.

Categories: The Ball, The Journey