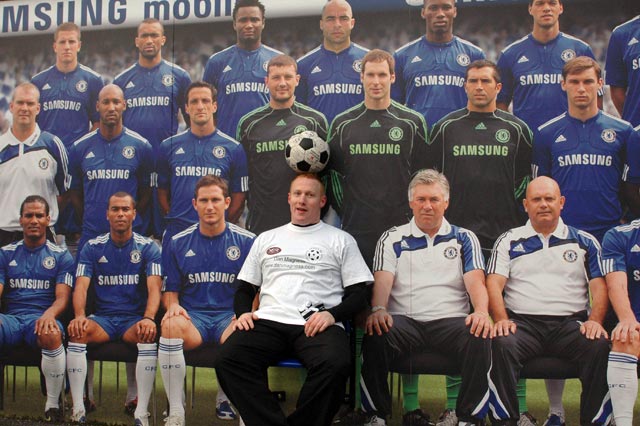 Before today there was a world record for juggling a football continuously. After today that record was shattered. The Ball went along for the ride that took everyone from Fulham FC to every EPL ground in London ending at White Hart Lane, it included a unforeseen 4 mile detour because of road construction! The featured track is DJ Menza “Coup de tete de Zidane” from Akwaaba Music. Pick up the song on Amazon.

Many congratulations to Dan Magness for breaking the world record for the longest distance covered whilst continuously keeping the ball off the ground. 35 miles across London visiting every Premiership football ground in the process is a truly astonishing feat of endurance and concentration. 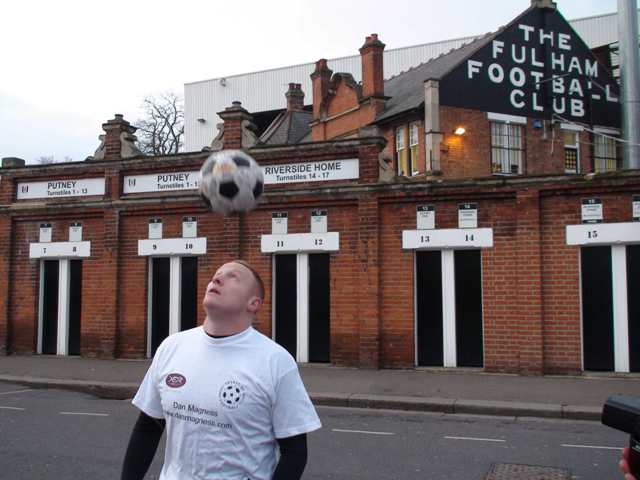 I’m not going to lie about this — Dan’s record attempt was meant to be done with The Ball itself, but, at the last minute, the Guinness people informed Dan that the ball would have to be a FIFA-approved ball or the record wouldn’t count. So what happened was that Dan did the record with an adidas Jabulani, whilst promoting The Ball and Alive & Kicking in interviews.

Andrew and Sven walked the entire route with Dan, joined later in the day by Phil. They brought The Ball with them and tried to engage onlookers and passers-by with it. I spoke briefly to Andrew today and both the and Sven are suffering… blisters and aching limbs will be a reminder of an amazing day.