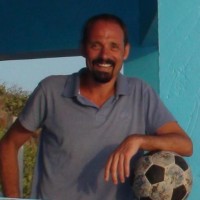 Richard has been a passionate supporter of The Ball since its inception. After the 1998 France World Cup, he suggested that Phil and Christian meet him in Afghanistan in 2002 and that they all travel to Korea & Japan from there. He has worked in Humanitarian Emergency Response for over 20 years. Countries have included North Korea, Burundi, Tajikistan, Afghanistan, Sudan, Sri Lanka, Senegal, Yemen and more recently as a Regional Humanitarian Director for the Middle East which included the Syria crisis. Many of these countries The Ball has also visited.

Most recent posts by Richard Hamilton