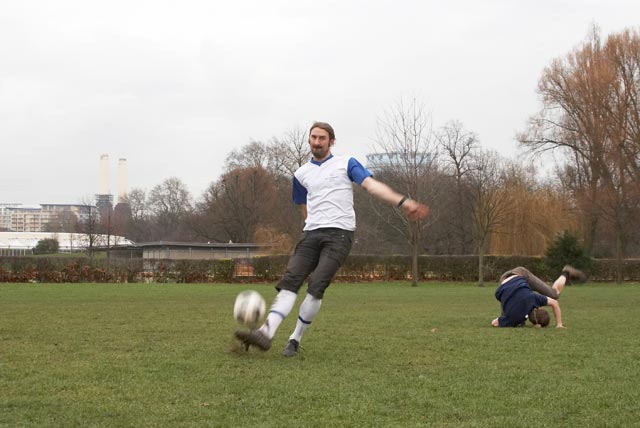 Kicking off from the park

One of the most important moments for The Ball is the one where it leaves Battersea Park. Kicking it off on its journey is a point of no return. So who was to take the kick? Christian and Phil were unable to decide. 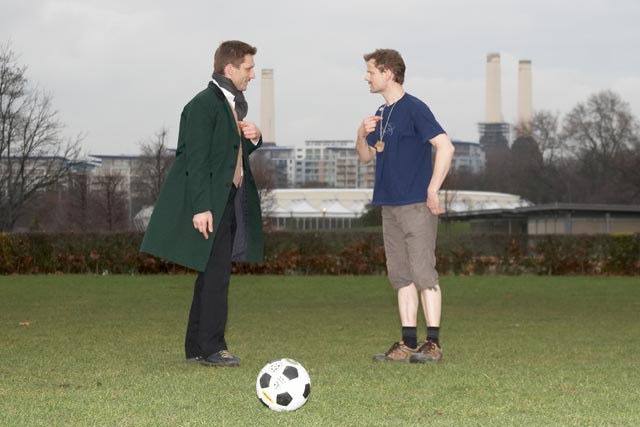 Christian and Phil squabble over who should kick off

Andrew, wisely, had other ideas. As Christian and Phil squabbled, he took action. 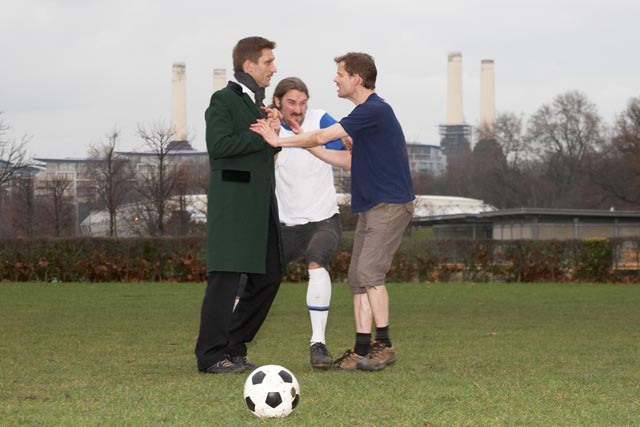 Andrew breaks up the squabble… 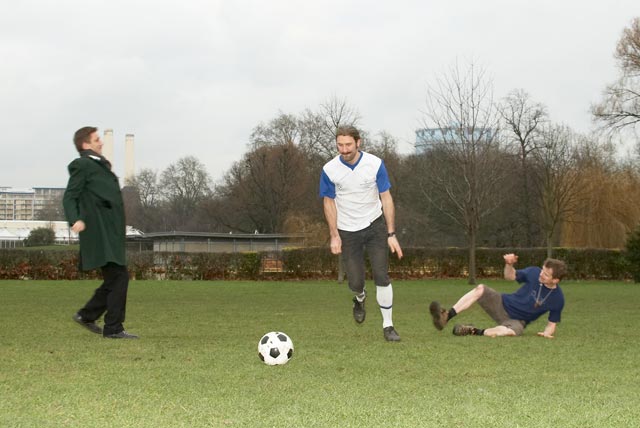 …and prepares to take the kick

And so, fittingly, it was Andrew — who will do the entire journey this time round — who kicked The Ball 2010 off on its epic journey to South Africa.

Many thanks to Dominic Search for the photographs.