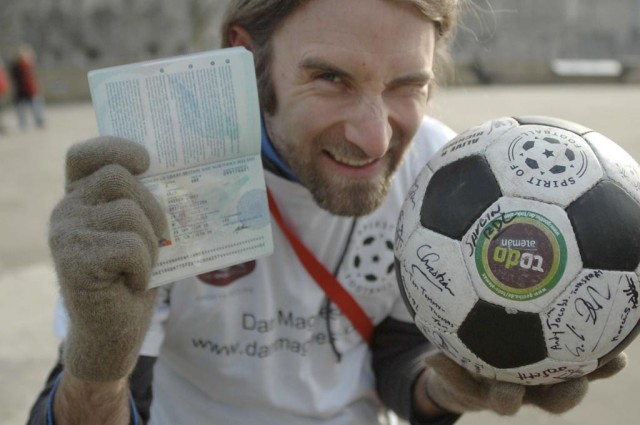 Listen to The Ball on talkSPORT

Andrew and Christian accompanied The Ball 2010 as it was invited to appear live on the Hawksbee and Jacobs show on talkSPORT yesterday. Listen to The Ball’s appearance below:

Appearing on live radio is nerve-wracking, so many thanks to Carly Warren, Paul Hawksbee and Andy Jacobs for making us and The Ball so welcome and putting us at ease — as much as they could, at least.

If you don’t have Flash, or if the player is giving you trouble, you can download the MP3 file instead.