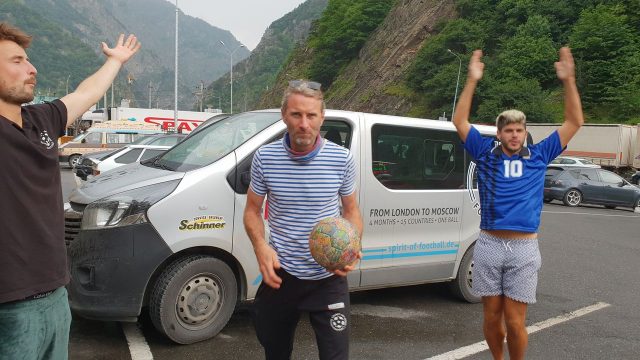 VERKHNY LARS – The Crossing of All Border Crossings

The Ball’s carriers are cautious about entering Russia. There are many unanswered questions, such as: Will our van be allowed to enter? In Turkey we ran into troubles and once again we needed the help of The Ball to convince border officials to let us enter Turkey from Greece at Kipi/Ipsala and to leave Turkey at the border to Georgia. The problem was that one Sof driver (Sven) was registered with the van at the point of entry into Turkey and was no longer there when we wanted to leave. It was nothing that The Ball couldn’t fix however and the security officers were happy to head and sign The Ball and then let us exit their country.

We are expecting the unexpected as we prepare to exit Georgia at Dariali and to enter Russia at Verkhniy Lars. What would happen if we aren’t allowed in? It is a rather obscure border crossing, the only one between Georgia and Russia. After armed conflict between the two nations in 2008, Russia recognized the Russian-occupied territories of Georgia as the independent republics of South Ossetia and Abkhazia. The international community does not recognise these territories and continues to see them as a part of Georgia. It is a volatile border that is not always open.

In any case our crew of four is slightly nervous, but there does appear to be some good fortune shining on us as the line of vehicles waiting to cross is relatively short and we quickly exit Georgia and reach the Russian border security check point. This is when our luck seems to run out… We are asked for our passports and to exit our vehicle. The border guards seem perplexed by our team and don’t quite know how to deal with us. We have a New Zealander (Andrew), travelling on a British passport, with a FIFA World Cup ticket and the accompanying Fan ID, two Germans (Benni and Benny) with humanitarian visas for Russia and an Argentinian (Joaquin), confident that he doesn’t need a visa to enter Russia. Now a customs officer is looking through Andrew’s passport. It is 8 years old and almost every page is fully stamped from travel through more than 50 countires with The Ball since 2010. It is also a British passport. The recent diplomatic troubles between Great Britain and Russia (due to the fallout over the poisoning of Sergei Skripal and his daughter) probably adds to the intensive scrutinization of the passport. The border guard is now conferring with his boss and has called in reinforcements. There are 3 of them now and the conversation with a higher authority continues by telephone. At some point it appears that our passports are being stamped. We quietly give each other high fives. Then another official arrives. We need to follow him inside. We are going to be questioned. Andrew is taken into an interrogation room, Joachim in another and Benny in yet another. The ball-carriers are asked similar questions: Where are you going? Why? What are you doing there? How long are you staying? What kind of work do you do? Who are your partners? And and and…

Finally, the border security officer questioning Andrew calls upon him once again. This time he confesses: „I have no idea what to tell my boss about you guys. He wants to know what you are doing and to be honest, I am baffled.“. Andrew asks him if he can go and get The Ball. The Ball will explain everything. „Okay“, he says. Andrew collects The Ball and explains the mission. Also showing him a few Spirit of Football images and videos. The man smiles. He now knows what to tell his boss and understands the mission and of course he wants to sign The Ball. After 5 hours of checking, waiting, discussions, interrogation, cups of tea with security officials, and plenty of worry, The Ball and all of its carriers are granted permission to enter Russia. Andrew is especially relieved because the general consensus at SoF was, that Andrew would be denied entry with his British passport and only his FAN ID. Once again The Ball has worked its magic and the full team sets off on a 1000 km mission in their vehicle to reach Rostov an Don. We arrive in Rostov an Don at 3am and are guests of Olga, a friend of Andrew’s. After a good night’s sleep and the collection of World Cup tickets, the team has more than 1000 kms still to go. Moscow is our goal and now it is in touching distance. The World Cup draws ever closer. The journey nears its end. 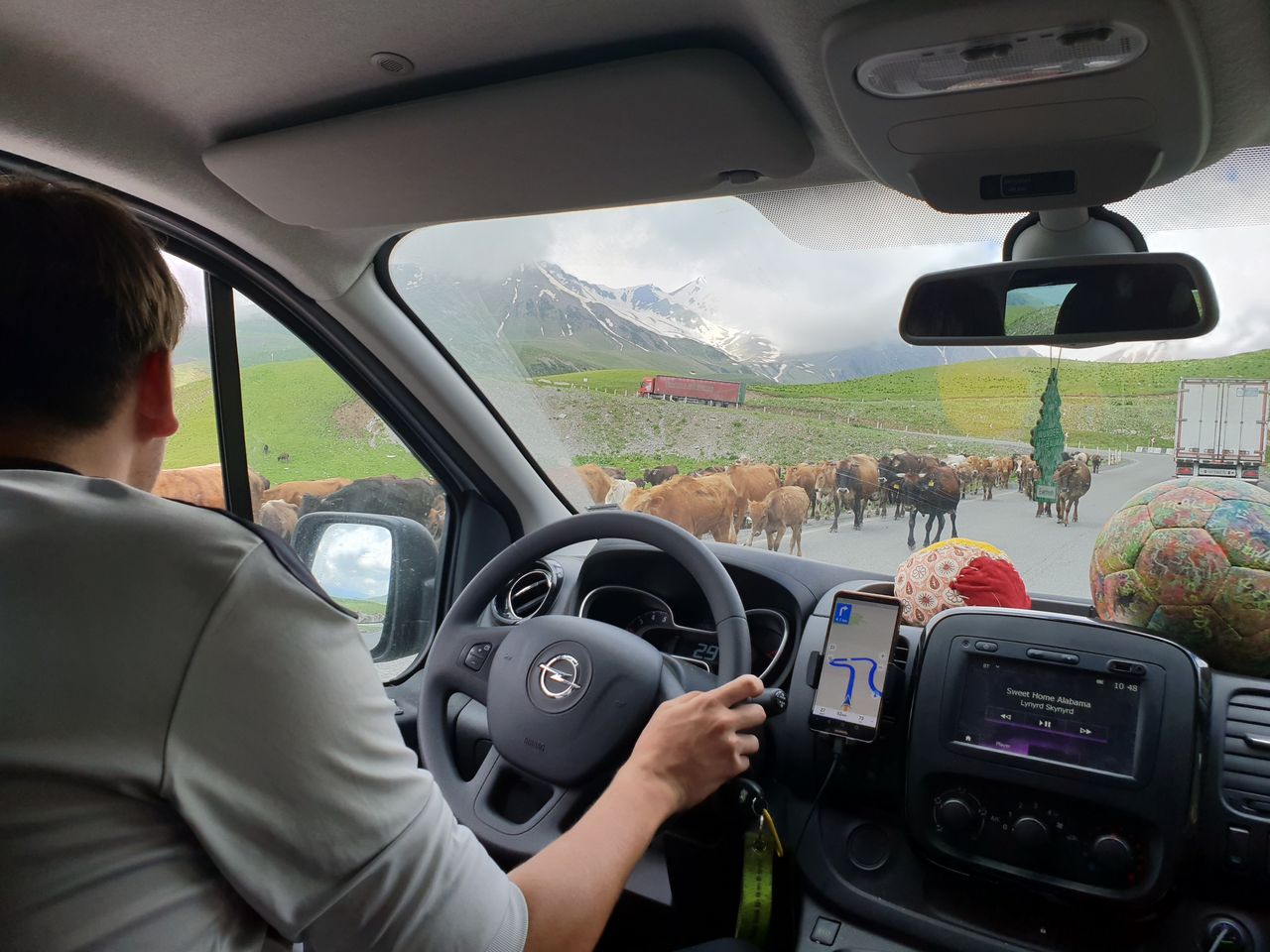 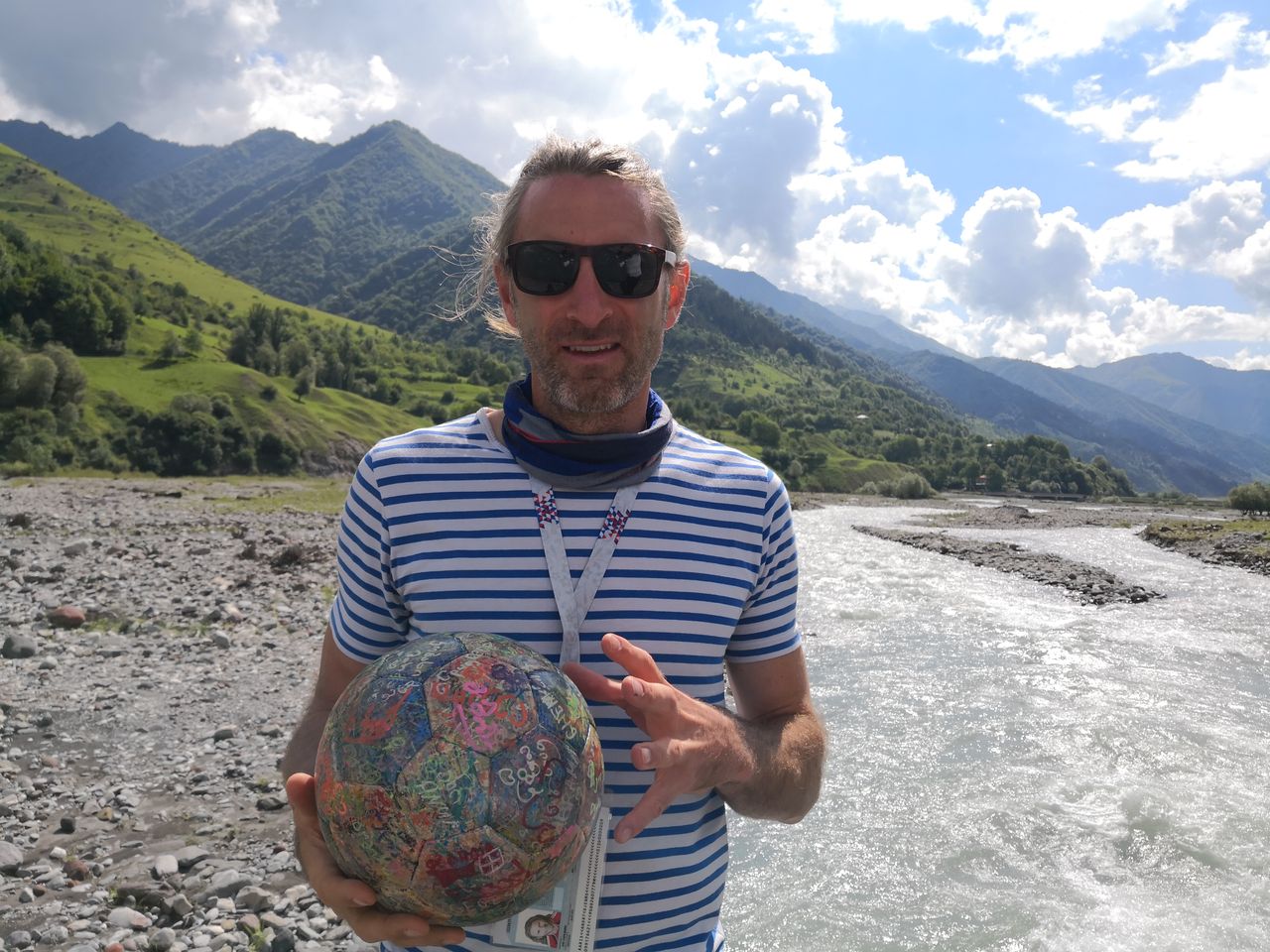 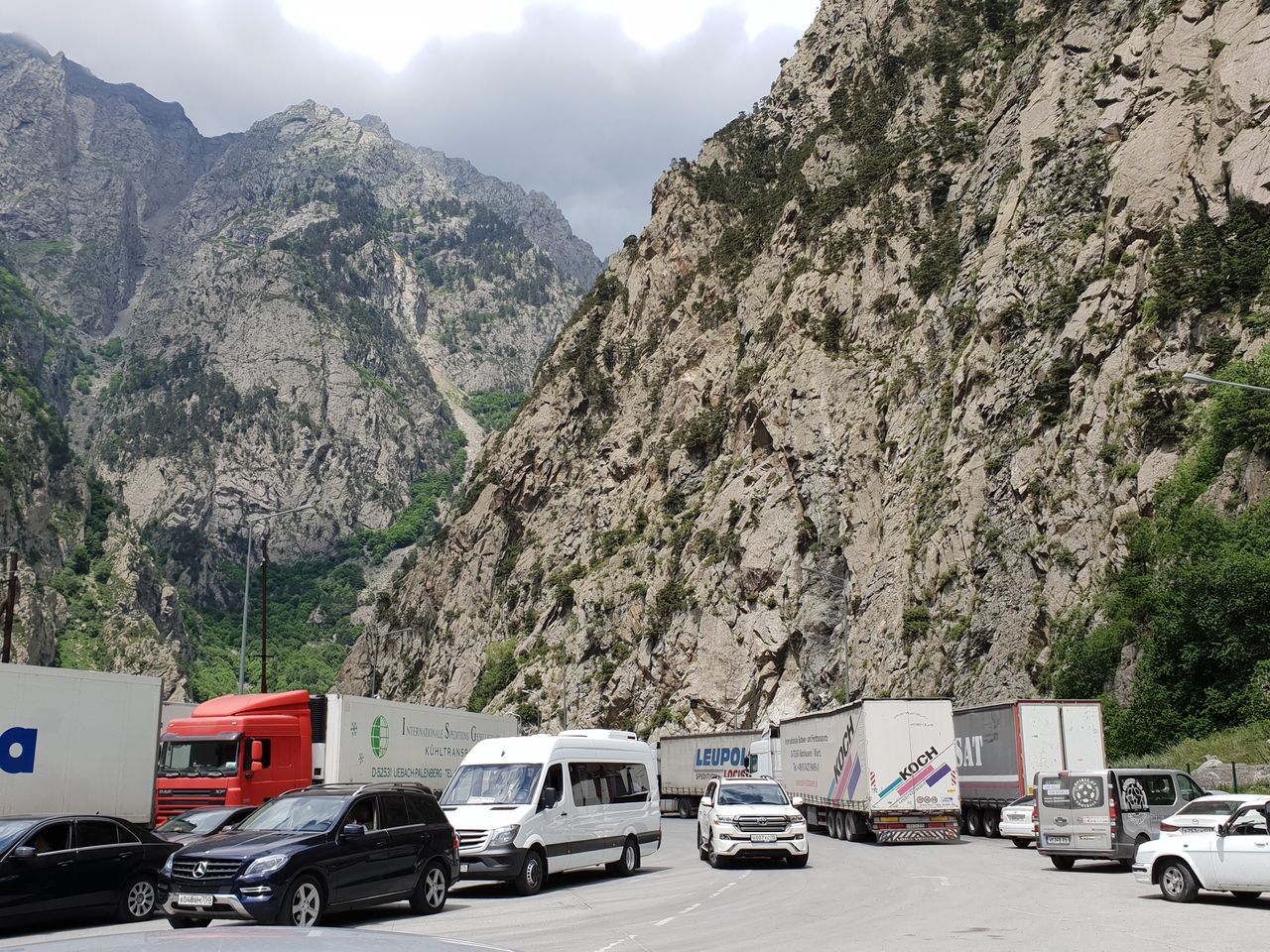 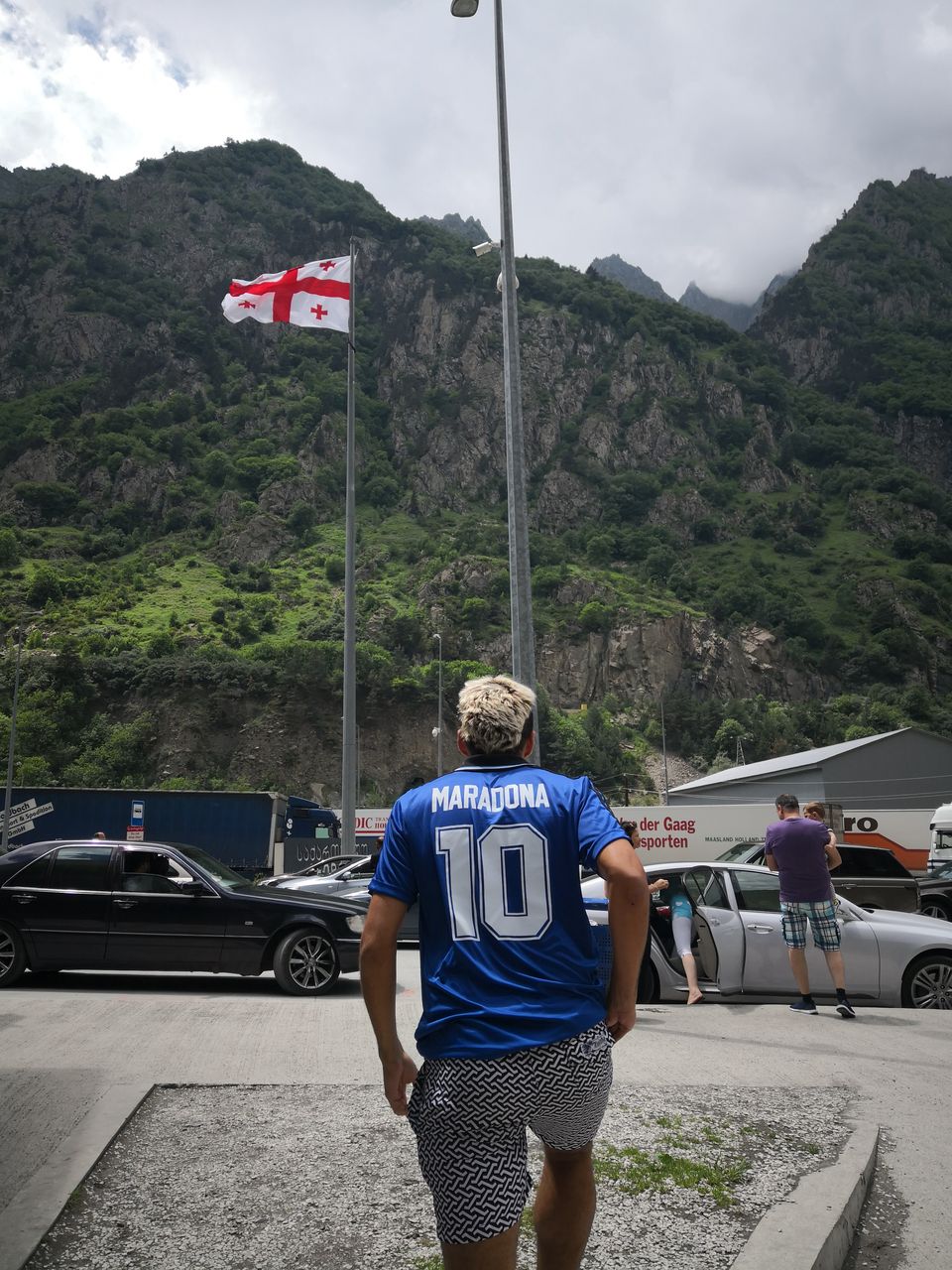 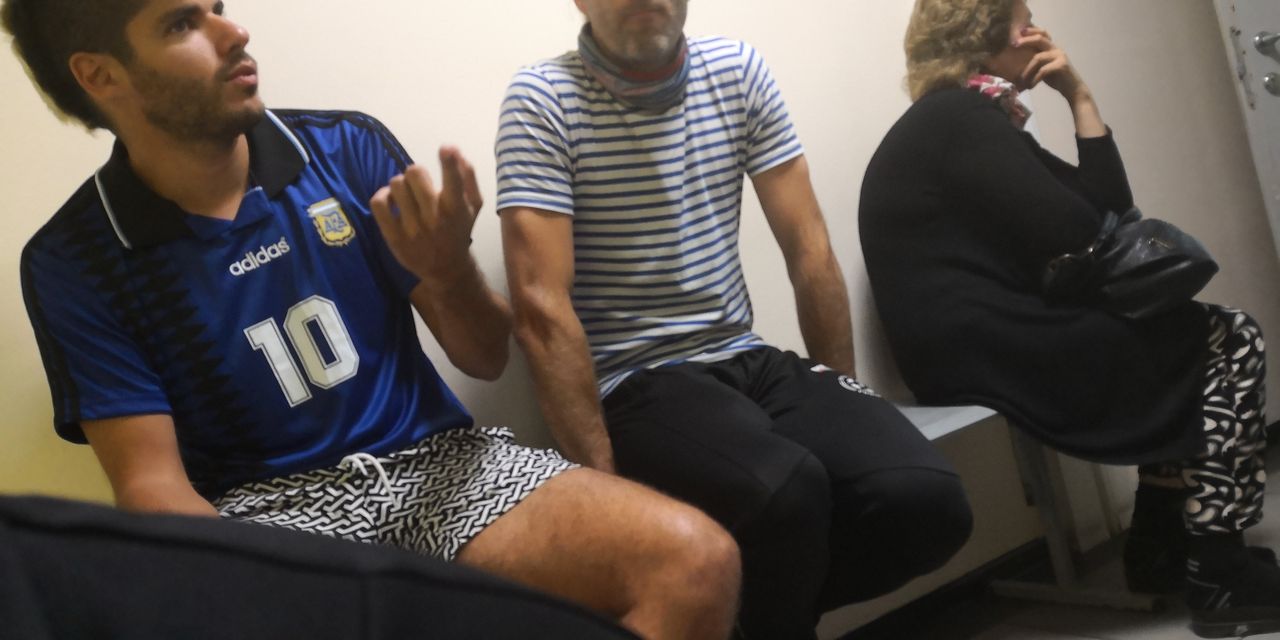 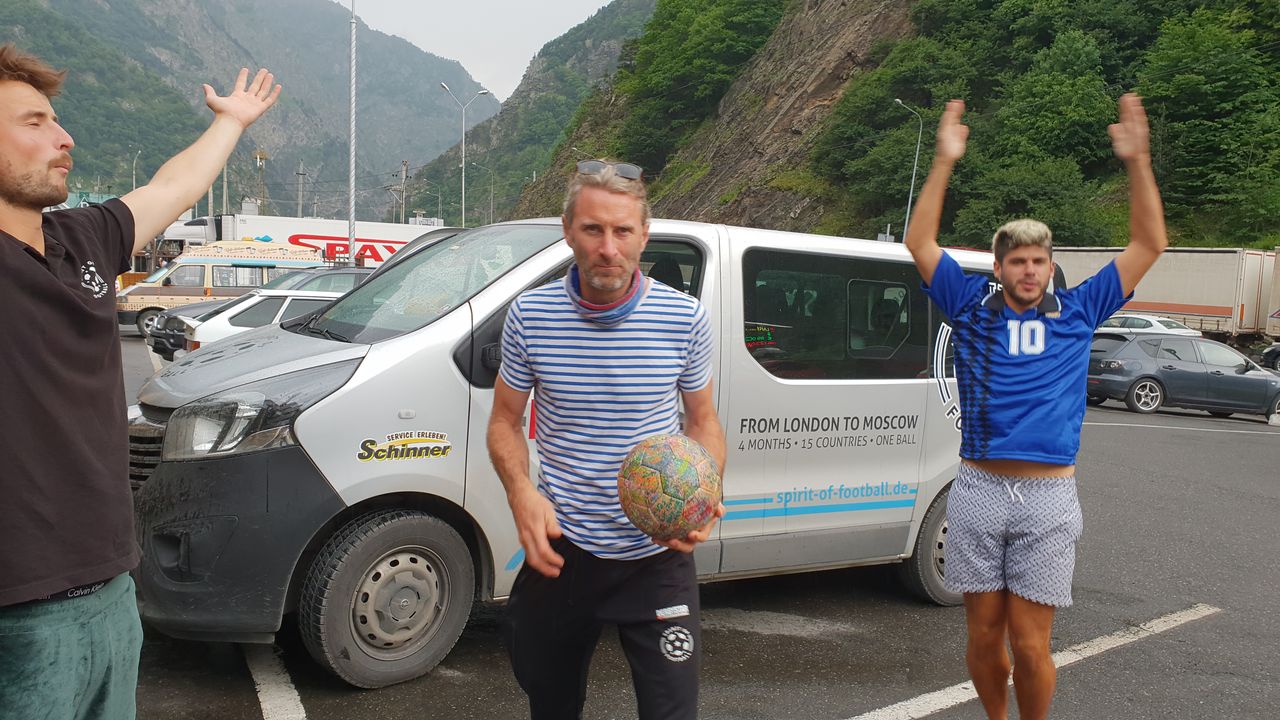