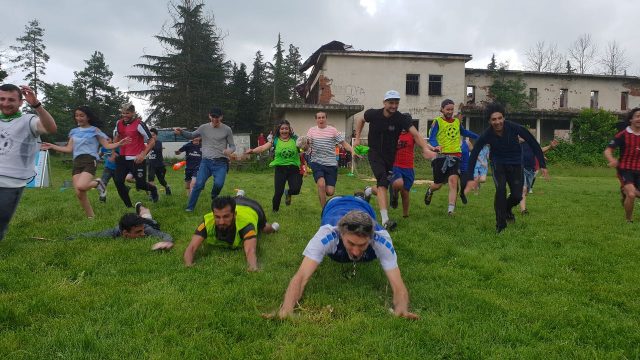 TBLISI- From Turkey To Georgia

What a country! And what a difference to Turkey.

After weeks of travelling with The Ball through conservative predominantly Muslim countries, The Ball and the SoF team crossed the border from Turkey into Georgia. It’s quite amazing to see that people living so close to one another can be socialized so differently. Instead of mosques and minarets, there are crosses and churches. Instead of the strictest kind of Ramadan, there is music, dance and Georgian wine flowing freely. Instead of only men on the streets and in cafes and restaurants at night, there are men and women in equal numbers – out and about. In Turkey during Ramadan and with elections just days away, tension was palpable in the air. We encountered difficulties with our education projects. The trainers gave the impression of not being particularly motivated and it seemed that they did not understand why they were there and were often unfocused and unpunctual. There are reasons for this lack of inspiration. We received permission to conduct the projects at the very last minute from the Turkish Ministry of Youth and Sport. Without this support, no community centre or school would work together with us or with any other NGO. The fear factor is big in Turkey. Not only academics have lost their jobs. People across society, who have stepped out of line with the government, have lost their livelihoods, had passports confiscated and some have even been put in jail. Several NGOs have had their permissions to operate withdrawn. Others find themselves being scrutinized, uncertain how they may continue their work. With this background, one can understand the apprehension of both partners and participants. 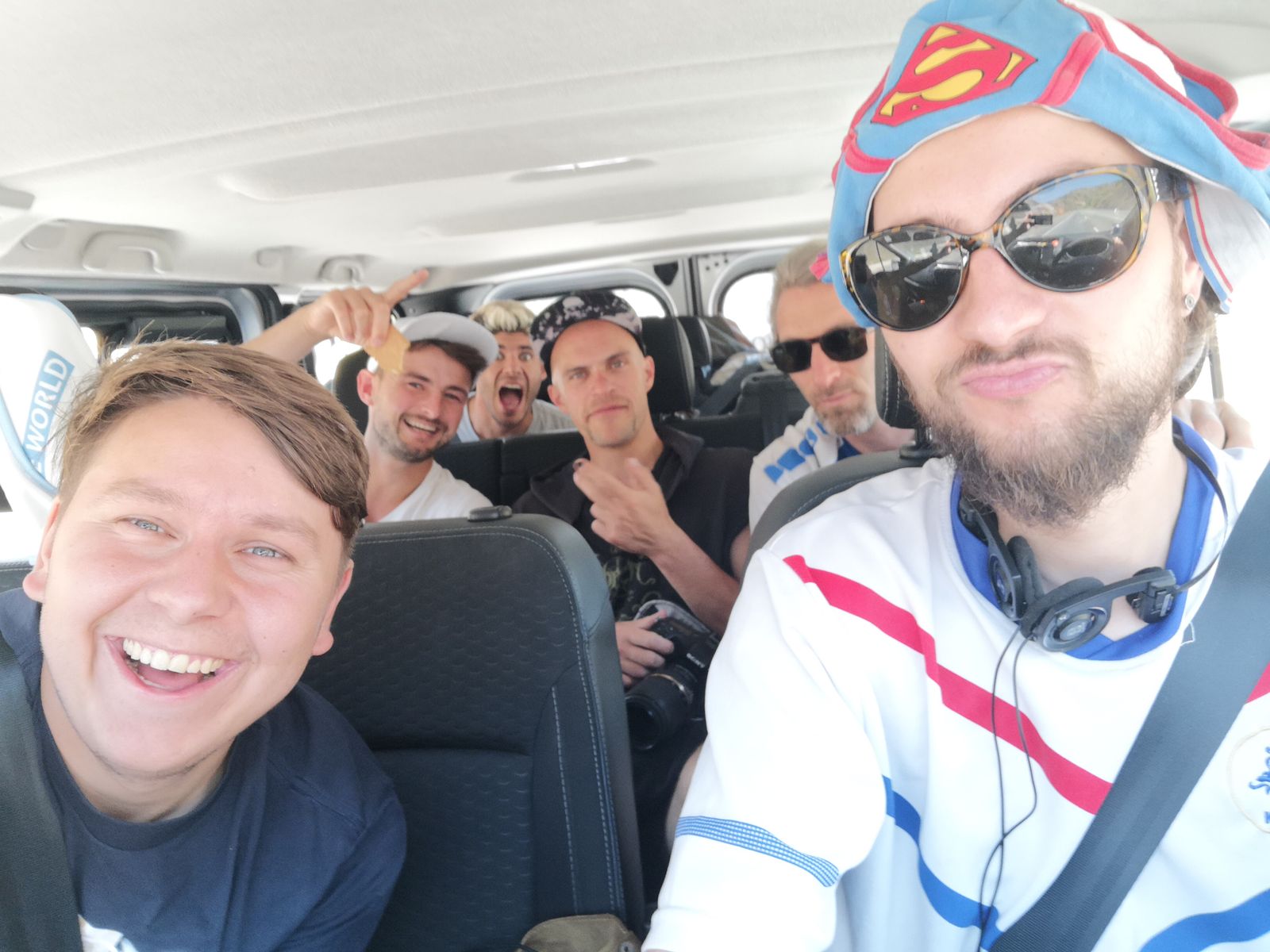 The Ball on the way to Tblisi 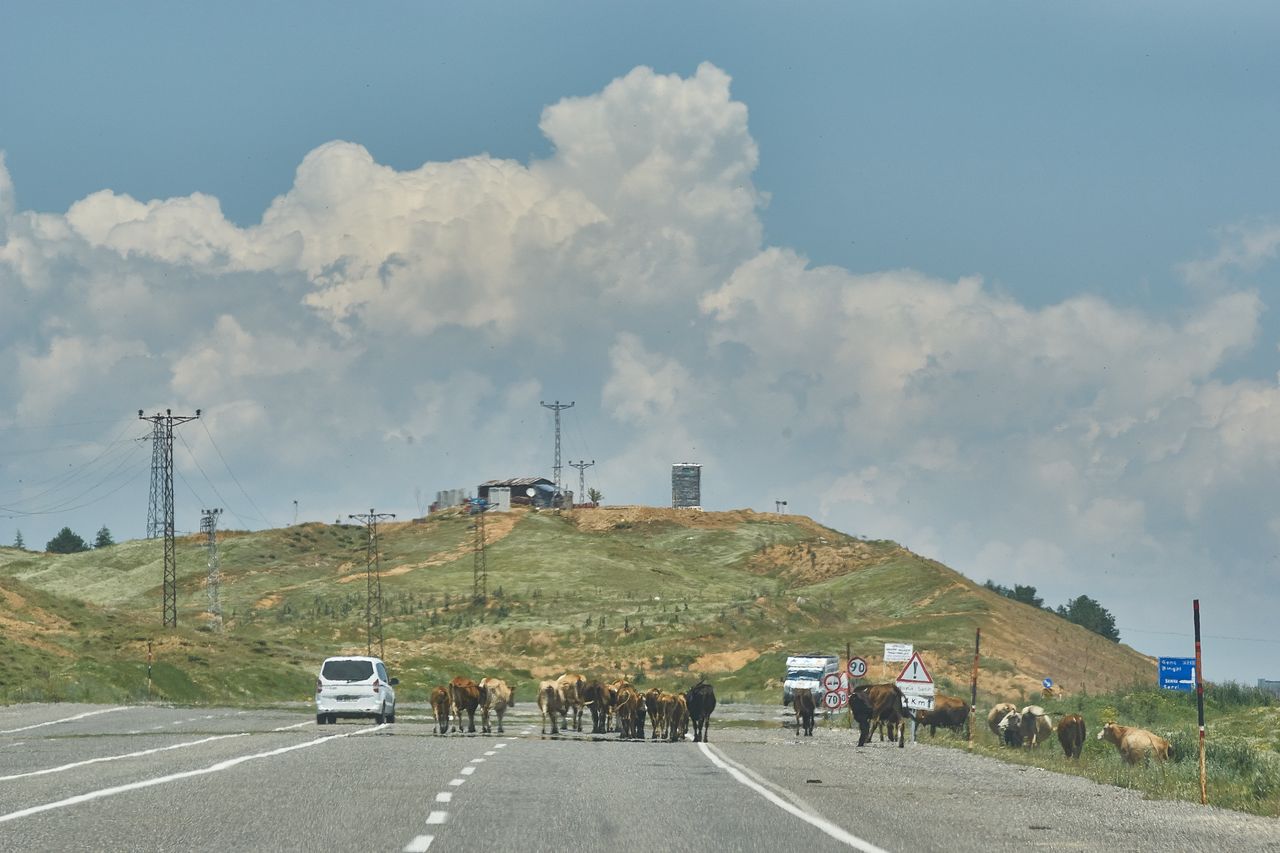 The Ball on the way to Tblisi

The openness, excitement and passion of the project participants in Lebanon and now here in Georgia is in stark contrast to those we encountered in Turkey. In Lebanon and Georgia people seemed to be proud and eager to show us their culture, which they are very proud of. In Turkey, by contrast, people seemed guarded. The unannounced police visit to our team hotel in Gaziantep shook our team up. In Georgia, we feel like we have been released from the apprehension of Turkey. Our local partners, the Friedrich-Ebert-Stiftung and Iris Group, also had their organisational difficulties, however. When you travel with The Ball, you need to be flexible to changing agendas at all times. The President should have signed The Ball, but internal political situations and protests on the streets meant that he did not welcome The Ball to Georgia (much to the disappointment of our team who had been excited about the visit to the palace of a President of a nation). Once again SOF ran its train-the-trainers programme. This time, the programme (presentation, fair play, art, theatre) was condensed into one intense workshop day in Tblisi. The next day our 18 trainees accompanied The Ball and its team to Nukriani, a small village 2 hours from the capital. 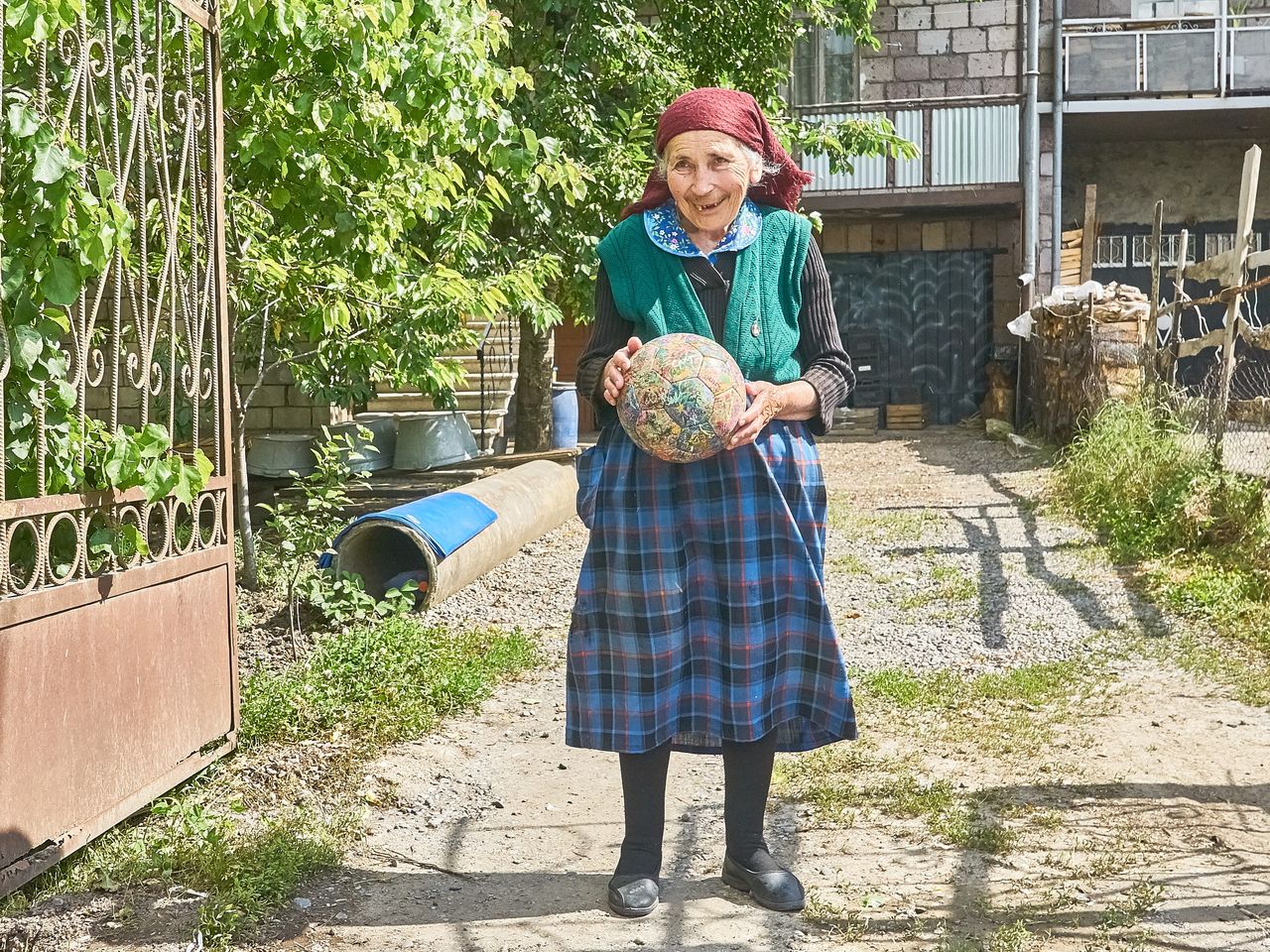 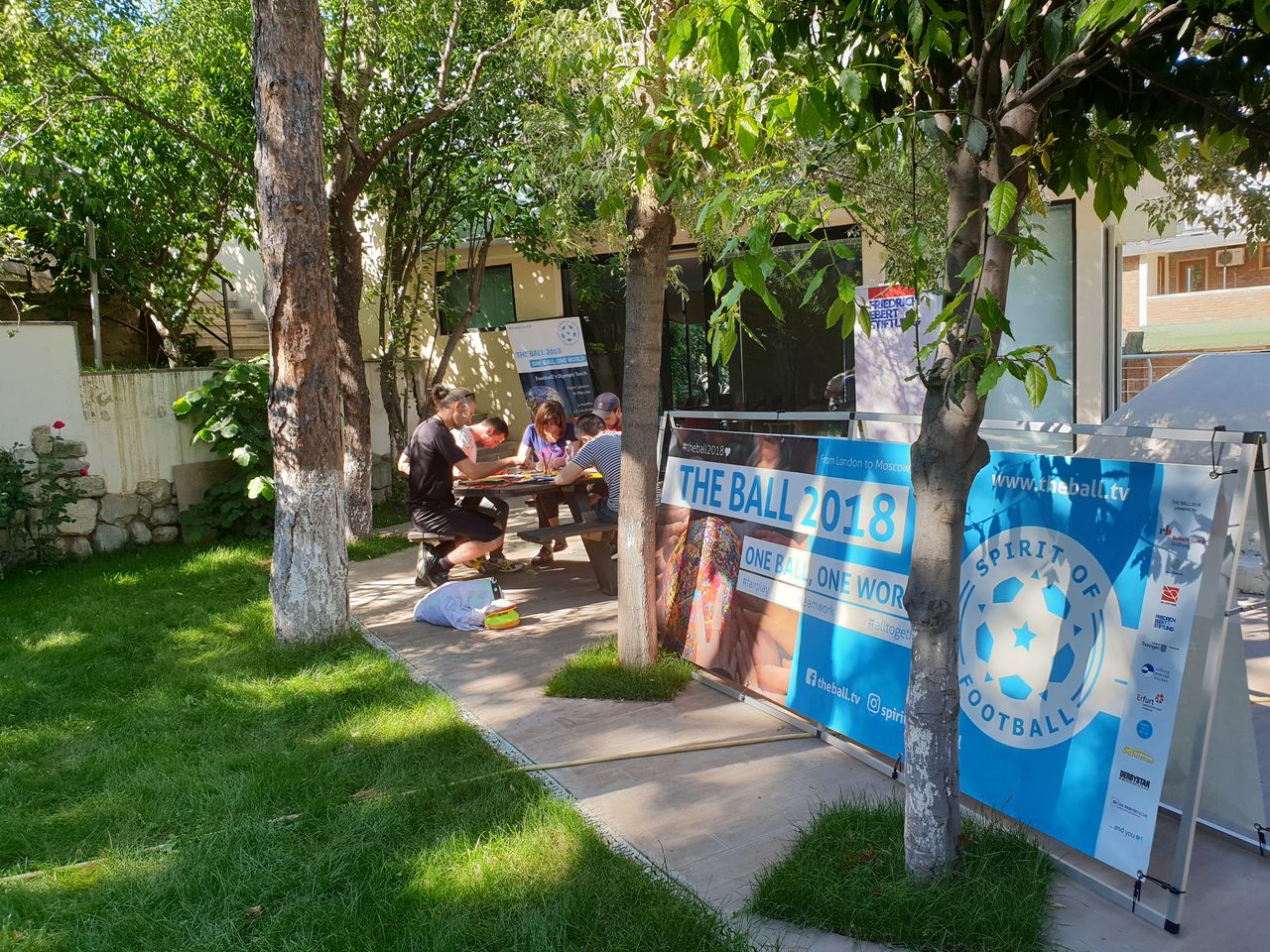 It was here, on this day, that we encountered the Spirit of Georgia. The welcoming, open and hospitable people of the host community in Nukriani were a breath of fresh air. This community is one that represents the values of the spirit of football. Female social entrepreneurs, supported by the Iris group, were proud to display their urban gardening, baking, homemade wines, organic clothing and accessories. The local school and community took part in the official ball presentation. Afterwards the SoF team helped the newly trained trainers run workshops. A final football session, which was accompanied by music and fans, was brought to an abrupt end by a thunderstorm. Everyone left the field soaking wet and grinning from ear to ear. 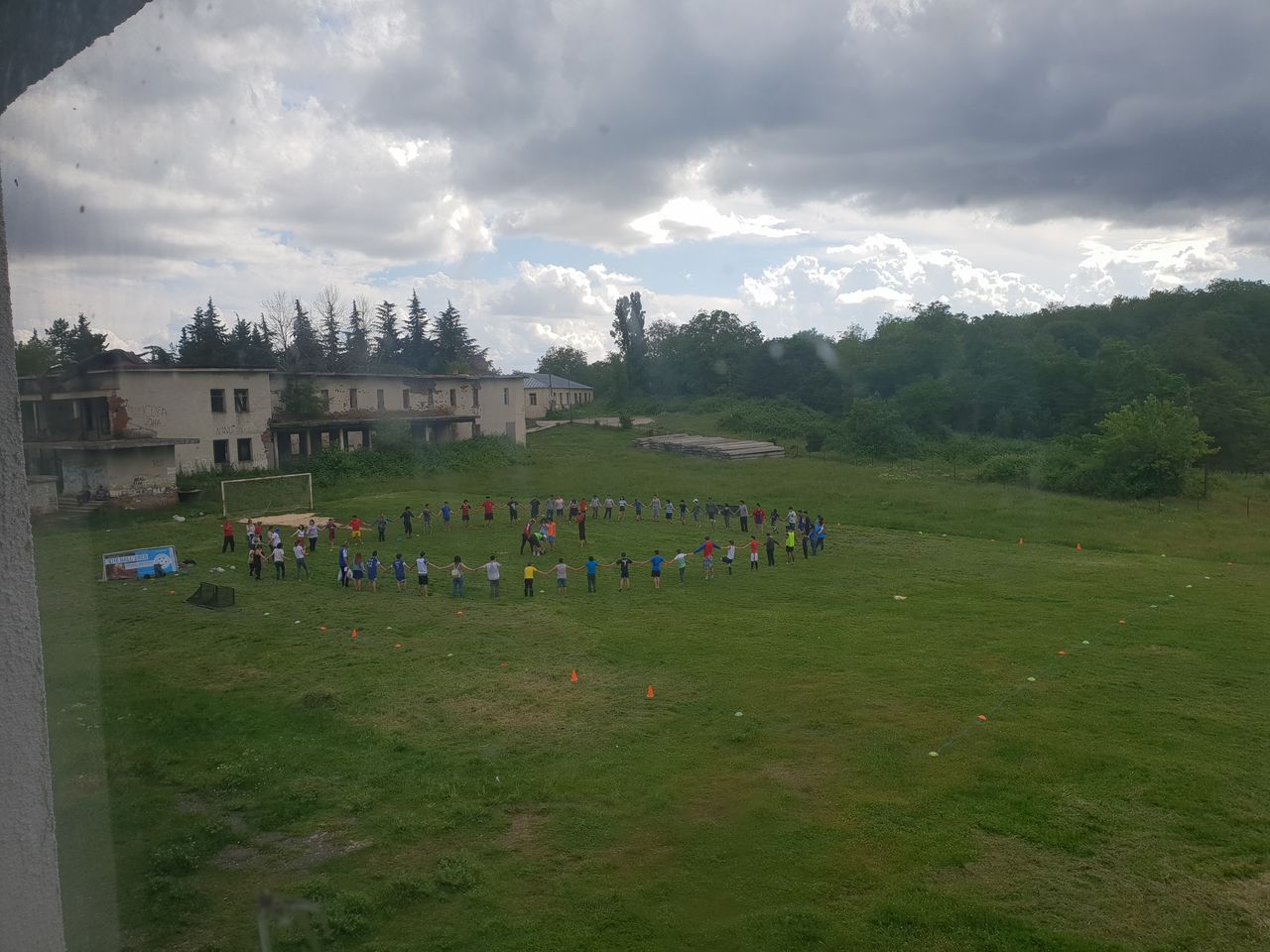 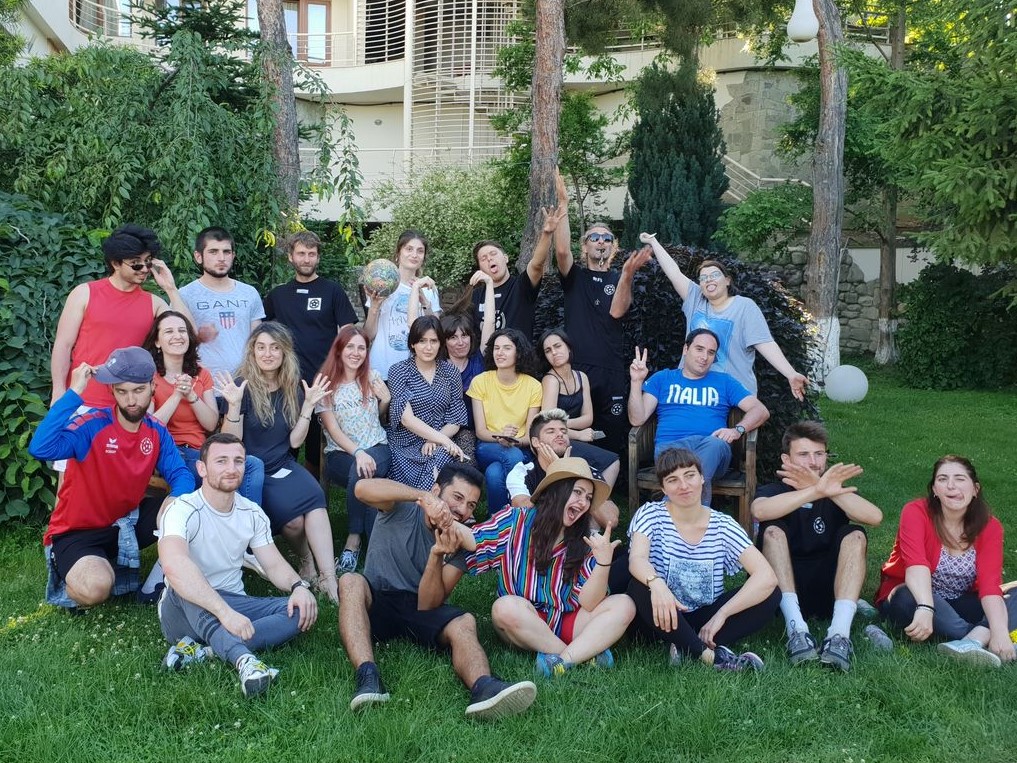 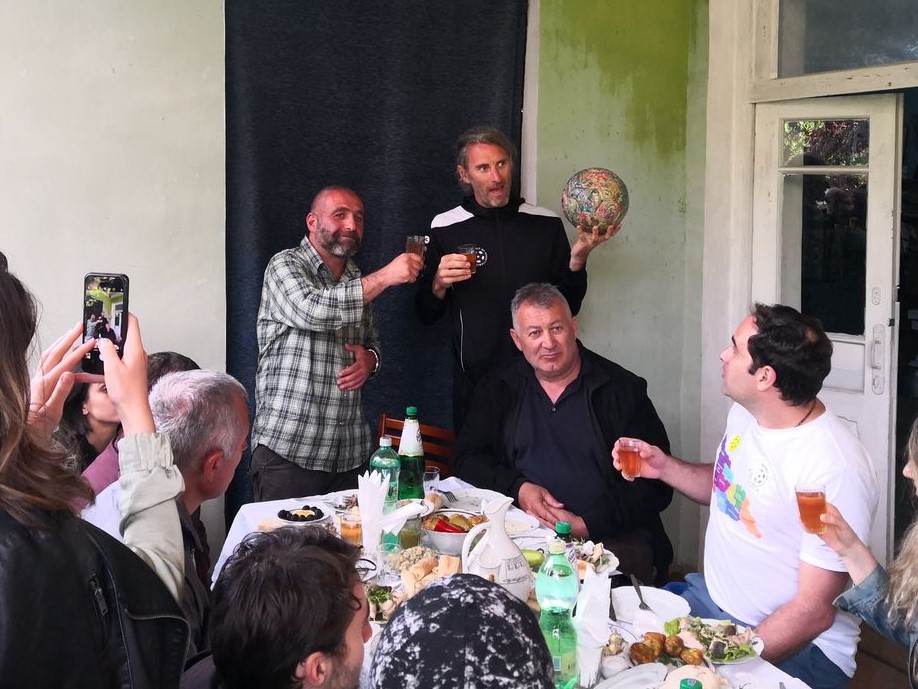 That evening, our last with The Ball in Georgia, was a feast in the very essence of the word. Toastmasters celebrated peace, love and community at every opportunity. Beautiful and plentiful organic Georgian food was served-up. One toast after another was made to the EU (Georgia wants to become a member), to the great philosophers, to peace, to the potency of Georgian men, to The Ball and to us, the guests who had come a long way to being something so special to Nukriani. As we left, we were drunk on the Georgian way of life: open, friendly, honest and fun.