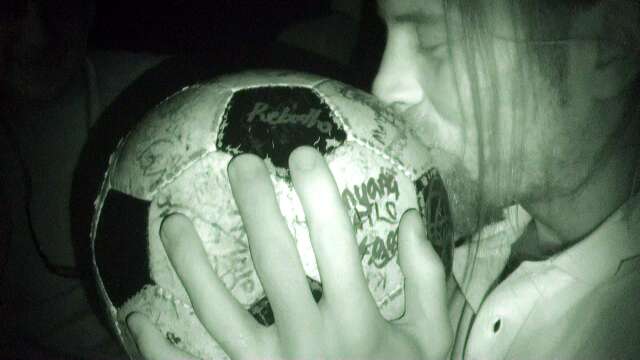 You were lost but now…

We enter South Africa in the late afternoon and pull over around 7pm near Rustenburg to do a live interview with the BBC World Service. Andrew speaks to the World Service, in the dark on a road through big 5 safari land, about the elation of arriving in South Africa, the 32nd and final country. 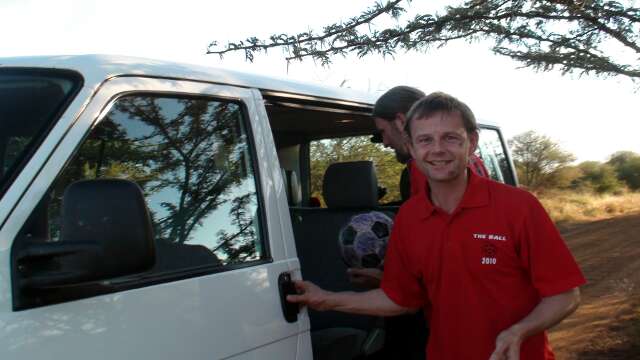 Phil is pleased to be in South Africa

As Andrew speaks on the phone, Christian star gazes outside. We leave that random spot and head for Johannesburg. As we arrive later at a toll booth, Christian suggests that the toll booth attendant sign The Ball.

What ball? We realise we are missing something…. something very important… The Ball! It has somehow rolled out of the van. Panic. We search the van high and low. Andrew is beside himself. In 131 days to date The Ball has hardly left his sight. His reoccuring dream of The Ball being lost is suddenly a reality. 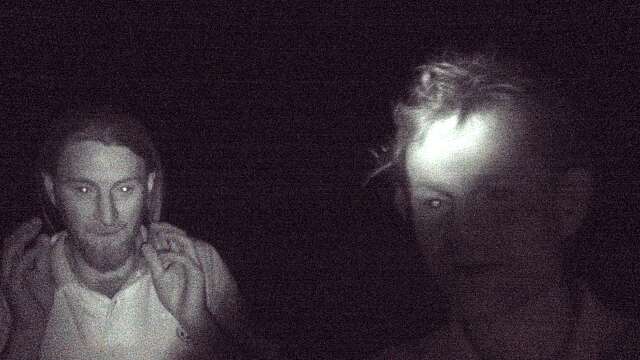 Richard, our driver, calms the situation: “I know where we stopped. We’ll find it.”

Andrew is not so sure. He’s starting to dream up a rescue operation that would include national guard troops and radio stations. He’s imagining us spending the rest of our time in SA looking for The Ball. Phil turns the video camera on and films as the action unfolds.

In the dark, in total stress, we turn back, hunting The Ball.

“That looked like something, over there” says Christian. So we turn around and slowly comb the roadside’s grassy fringe.

“It’s The Ball” screams Phil. “It’s The Ball!” And he bounds out of the van… and holds The Ball aloft. “Andrew, give that ball a kiss and promise you’ll never let it out of the net again.” Andrew roars with relief and kisses it.

A relieved Andrew kisses The Ball 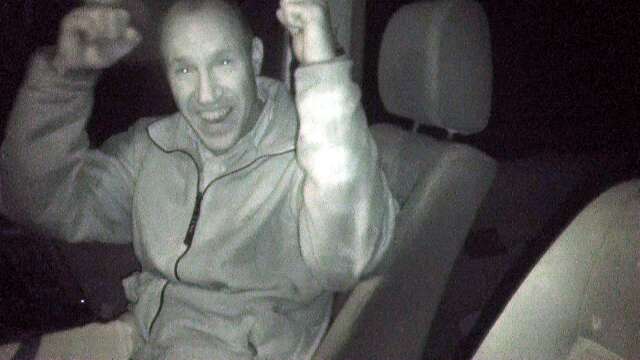 Four grown men embrace. Close to tears…it’s a moment of pure emotion, pumped up with adrenalin and smoothed by Klipdrift – South African brandy.

What panic. What ecstasy.

The Ball is here.

There is only one Ball.

Tags: Behind the scenes, Rustenburg, South Africa
Posted in South Africa, The Ball, The Journey | No Comments »