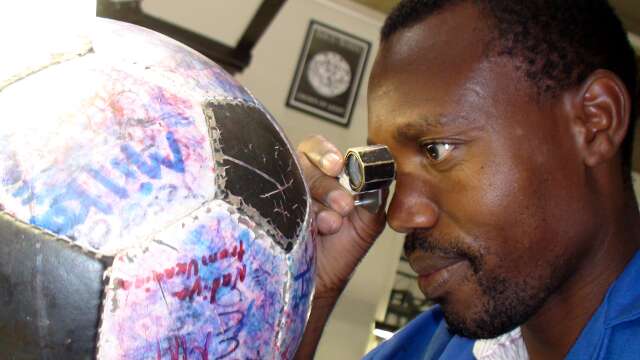 Dov Weintraub, diamond cutter extraordinaire, simply has to sign The Ball and have his picture taken with it. He’s completely mad about football. He’s got tickets to the Opening Ceremony of the World Cup. 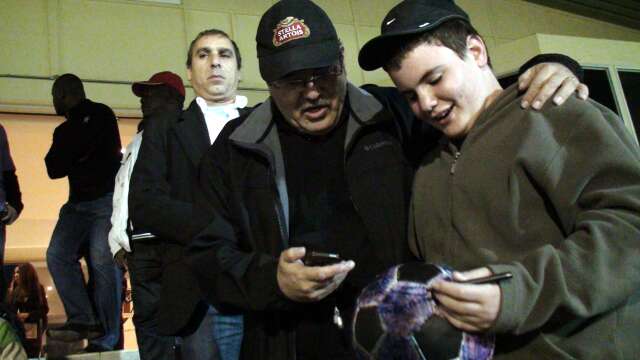 Dov Weintraub watches as his son signs The Ball

Here in Windhoek, Dov runs Almod Diamonds of Namibia and invites us over to look at a special diamond that they’ve been cutting. “Have you ever seen a diamond that looks like a football?” he asks us. “No, but we’d like to,” Christian replies. 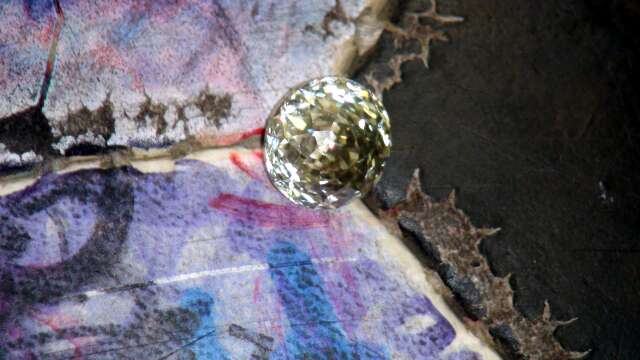 Two balls, one pricy, one priceless

Dov shows us a diamond weighing six carats that he reckons looks like a football. We pass him a football that we reckon is a peerless gem.

The Ball looks flawless even under scrutiny

Every diamond has a value attached to it — and usually an eye-wateringly high one. We’ve been offered money for The Ball countless times en route. But even if we were offered an obscene amount of money for it we’d have to refuse. The Ball is not for sale. It is priceless.