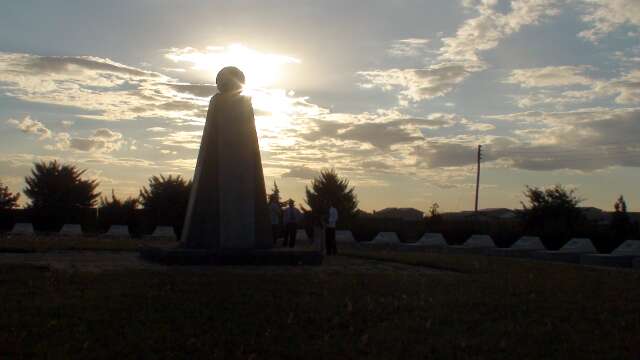 Back in Libreville in April, Andrew and The Ball took off on a DHL cargo flight headed for Douala, Cameroon. On the 28th of April 1993 another flight took off from that very airport carrying the greatest ever Zambian football team. The plane crashed and everyone on board perished. Today, we remember those fallen heroes as we visit the memorial to them at Independence Stadium in Lusaka. We pay our respects and find out more about what happened.

Memorial to the fallen heroes at Independence Stadium in Lusaka

After refuelling successfully in Gabon the plane took off. What happened next has laid the foundations for many a conspiracy theory. A fisherman reported a huge explosion and saw the plane go down. This man was the only eyewitness and within a week he was dead. His death raised the bar, the Zambian people wanted to know what really happened. Because it was a military aircraft, there was no black-box on board and no way to find out the reason for the crash without the help of Gabon’s Government, and this has not been forthcoming.

The version that is most popular today is that one engine caught fire, the pilot made a mistake in shutting down the good engine instead and the plane crashed. But we still do not know exactly what happened. 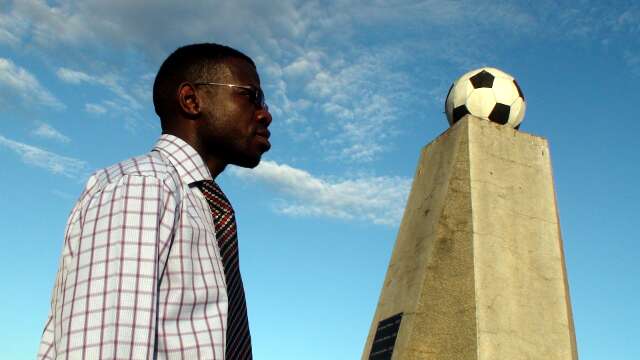 The saddest day in Zambian history is remembered

What we do know is that players, coaches, administrators, and journalists were all on board. Their remains were brought home and buried right here outside of the national stadium. The monument here, and the graves of the fallen, are a shrine. The Zambians still mourn the loss of those heroes. They still come here, 17 years on, to pay respect to the dead, and they still sing songs about those players at every home match in Independence Stadium. And they still wonder what might have been.

Today, we mourn those players as the sun goes down. Then, together with emotional Zambian football officials, we enter Independence Stadium, accompanied by twenty barefoot kids. Accompanied by a national team striker, we kick The Ball on the pitch. The ear to ear smiles on the faces of the youngsters brighten up the atmosphere. They are living the dream… 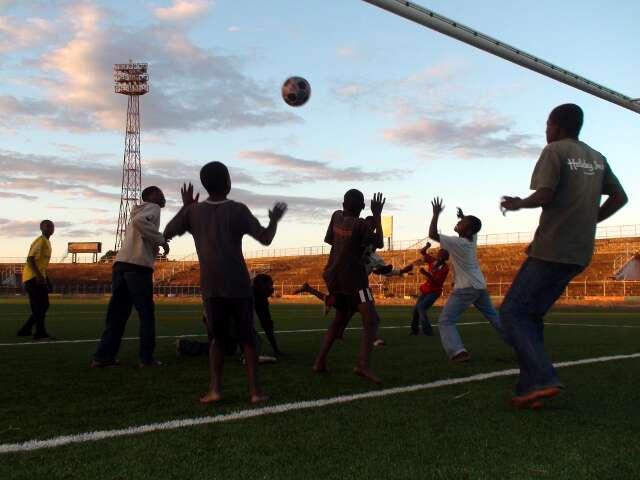 Kids allowed to play in the National Stadium with The Ball

“Normally this pitch if reserved for the professionals and the national team. We are making an exception today for you and The Ball.”

Categories: The Ball, The Journey, Zambia