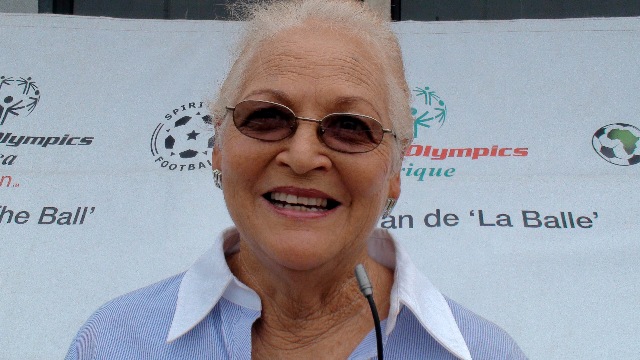 The mother of a Special Olympian

Time and again on this journey we have heard a very similar story. Parents of intellectually challenged children are embarrassed of their own child’s disability. Traditionally, parents bearing such children have been outcast from their tribal group –their inability to bear so-called normal children representative of weakness.

Those children even today are often not integrated into society or even worse they are emotionally and physically mistreated. One of Special Olympics’ biggest challenges in Africa is finding children with intellectual disabilities and convincing parents to let those children participate in SO’s programmes.

Andrew met up with Riva Offong, mother of Treasure, an intellectually challenged child who is a member of Special Olympics Nigeria.

Andrew: “Please tell us about your daughter.”

Riva: “My daughter is 26, her name is Treasure and she is down syndrome but she is okay she does everything herself. She is independent and I am quite proud of her and we all love her.” 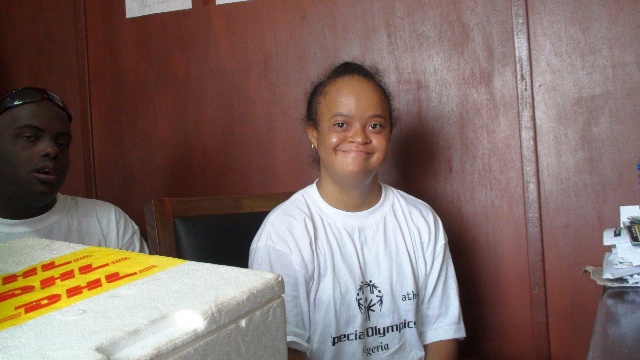 Andrew: What is the norm here for parents with intellectually challenged children?

Riva: The norm is that you hide them. You don’t bring them out. Which is most unfortunate because then they don’t do anything. They don’t amount to anything. Treasure travels everywhere she wants to go. She is quite independent. I know of some parents who have autistic children who lock them up. Actually, these children might be, like they say, mentally challenged. It is a matter of teaching and being patient with them. Treasure reads and writes and sings songs because we have encouraged her and allowed her freedom of thought.

Andrew: Do you have a message for parents of intellectually challenged children?

Riva: Okay you have them. It is not by choice. It is by God’s divine will. There must be a purpose why they are here with you. So encourage them as much as a normal child. Let them be normal, because they can be normal. They might look different but they are okay. So don’t hide them. Bring them out and be proud of them. They are your children and you should be proud of them.

Written by Andrew Aris on Wednesday, May 5th, 2010

Categories: Nigeria, The Ball, The Journey

Leave a Reply to Tweets that mention The mother of a Special Olympian « The Ball 2010 -- Topsy.com Cancel reply