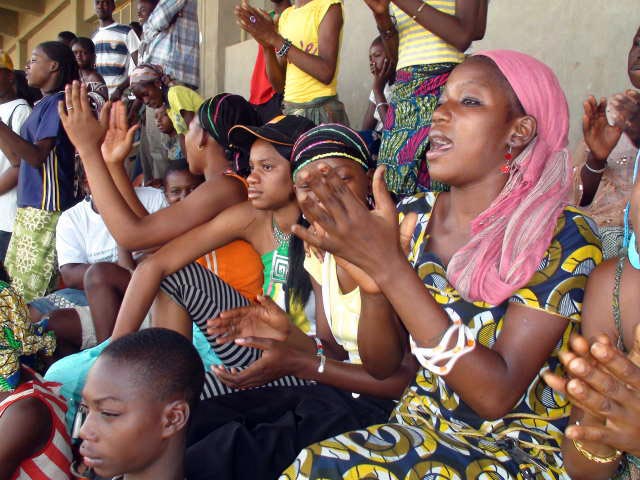 The champions of Kayes

This is the deciding game of the Kayes High School Football Championship. It is Wednesday evening and that means Champions League football. The two teams come running out on to the field wearing replica strips. The yellow team is Arsenal, sponsored by O2. The blue and black stripes, well those are world famous: Inter Milan.

The main stand of Kayes biggest stadium Stade Abdoulaye Maccoro Sisoko is almost full. It is split right down the middle and packed mostly with screaming, singing, cheering teenage girls dancing to the beat of drums and vigorously supporting their own school.

Some of the crowd at the stadium in Kayes 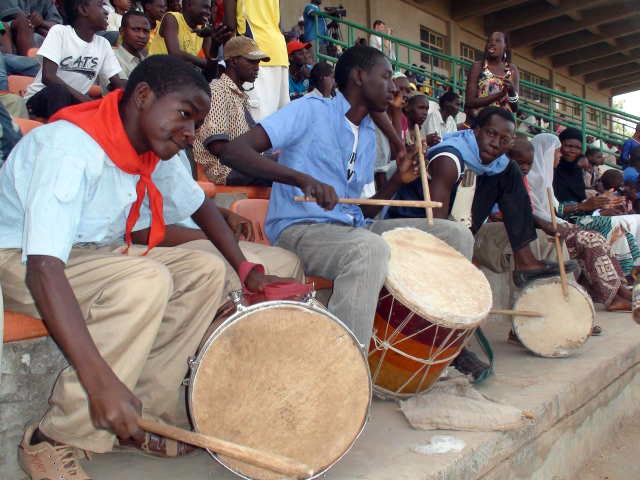 Drummers at the game 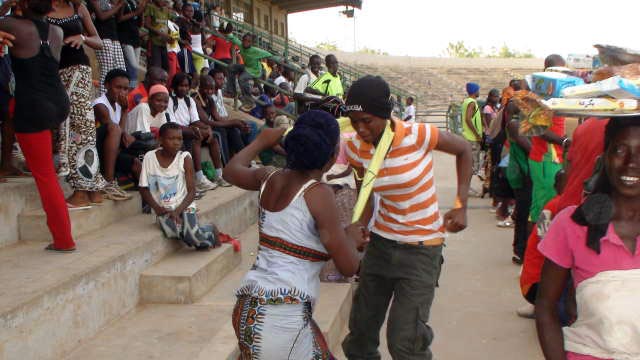 Wild dancing in the stands

The game is a nail-biter, end-to-end stuff, but 0-0 at half time. In the second half, after a stern talking to from Arsene Wenger at half time, Arsenal step up a gear and dominate, creating half a dozen great chances. Even though half of the players are playing in plastic sandals, the quality of football is superb. The teams can’t be separated and the game goes to penalties.

Inter win on penalities, the Arsenal crumble under the pressure with weak penalties — how typically English. Wild celebrations follow. Inter are the champions of Kayes.