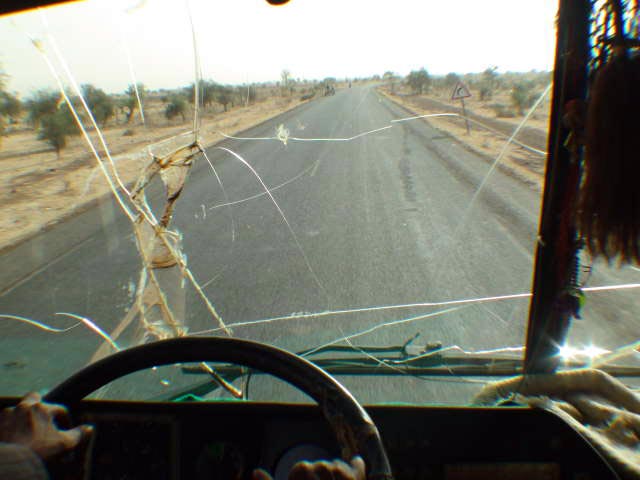 The bus to Kayes

Phil has been referring to Mali as the hottest place on earth since he saw it on a French weather channel a few days ago. And Kayes (pronounced “Kai”) is one of the hottest places in Mali, five degrees warmer than the capital Bamako, where it has been well over 40 degrees recently. “Out of the frying pan and into the fire,” we agree.

So now we’re on our way to Kayes in an old Spanish bus. The driver slept up on the roof under the stars last night. But now a mountain of bags, car tyres, boxes full of products, even a few chinese mopeds are somehow loaded up there. Inside is crammed full of people and their belongings. All interior lights are broken, the AC doesn’t work and the windows are just about falling out of their frames. The front windscreen doesn’t exactly inspire confidence.

Safety first — the view from the driver’s perspective 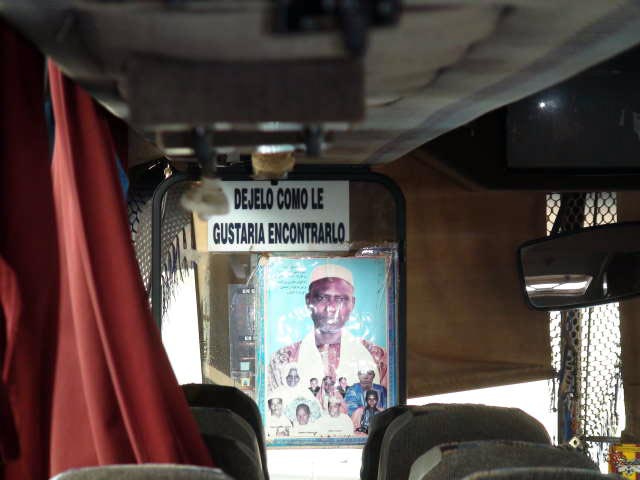 We are the last on the bus and are ushered to the last two remaining free places on the back seat. We squeeze in and are soon underway. The prospect of a 12 hour journey in this heat in this overcrowded, overheated bus isn’t exactly making us smile and it doesn’t take us long to realise that the engine is directly under our seats. Lovely. The excruciating heat is soon being amplified. Eggs (both proverbial and real) would fry quite easily under our feet. 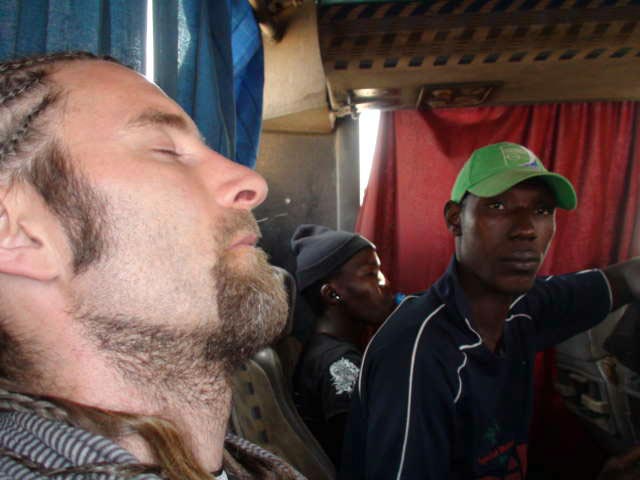 Andrew feeling unwell on the bus

To make matters worse, Andrew is feeling decidedly unwell. He’s had a nasty cough since his time in the extreme dampness that was Morocco and is hoping to see a doctor in Kayes to help him get rid of the infection. Travel, we agree, amplifies both the highs and the lows, in equal measure.