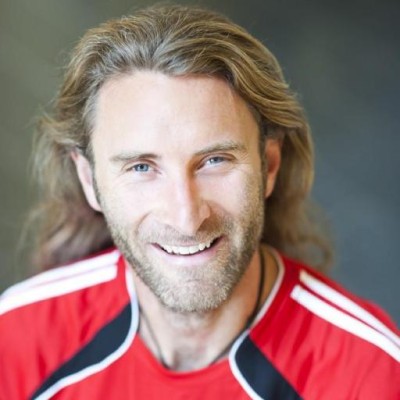 Goals: Jacinda Ardern dribbles The Ball into the Opening Ceremony at Eden Park, Auckland in July 2023, and the World Cup can begin!

On the pitch: Having begun as a goalscoring centre forward with more nous than skill I’ve become a midfielder on and off the pitch: where I like to connect people. I enjoy developing education methods for SoF and am particularly fond of coaching roles, where I can train up other trainers.

Achievements: Founding and setting up SoF Germany in 2005. Making myself President of SoF (I always wanted to be President of something). Taking The Ball all the way from London to Johannesburg (through 32 countries in 2010) and London to Sao Paolo (through 25 countries in 2014). Being responsible for developing and then taking SoF’s humanitarian programme into refugee camps and urban areas in the Middle East, Turkey and soon to be Greece. Being a Dad to Paul. 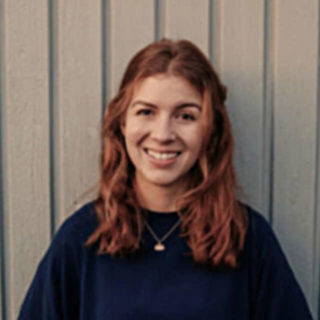 Appearances: The newest signing on the team; occasional appearances during FIFA World Cup 2006

Teams: Team Pledgeball, on loan to Spirit of Football, the one and only Werder Bremen

Achievements: Having become part of The Ball’s journey thanks to an incredibly great virtual research internship, through which I also met Pledgeball founder Katie and many other inspiring people; and submitted a Master’s thesis on Pledgeball and engaging football fans on climate change, resulting in the successful completion of a Master’s degree in Global Studies from the University of Gothenburg.

Goals: To create the most inclusive global platform for exchange to learn from each other and jointly tackle climate change and other societal issues, thereby turning the passion for football into a passion for the planet and all its species.

On the pitch: In my very short playing career, I play defence – thinking out loud supportive but critical tactical ideas throughout the game – regardless if people want to hear them or not. 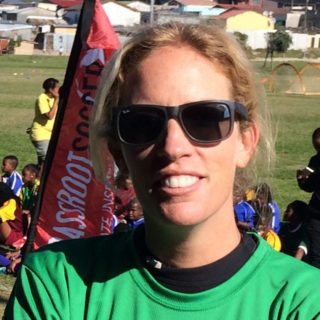 Goals: For equality, integrity and sustainability in sport to go from being taglines to being fundamental.

On the pitch: I have spent most of my playing career as a holding centre mid, outside winger, or left back. I’m left and right footed, run a lot, and at just under 6 ft am useful in the air. I like an open passing-oriented game and worship the hard working, selfless playmakers with vision and grit. Finally, if you are an egotistical diver I will make it my mission to ruin your game.

Teams: Arsenal has been my team since Bergkamp owned that midfield, and it earned my respect again when it started running their girls academy the same way they approached their boys teams. But having played for West Ham and Crystal Palace, I will also always have a soft spot for them. Whenever any of these aren’t on the pitch, then my vote goes to the team that puts in the best performance to deserve the win, with a lean towards the underdogs when they come out to remind us all of why we love this game so much.

Achievements: Playing in 2 NCAA Final Four tournaments, walking on to the UK Women’s Premiership to play 3 seasons during grad school studying war, being the first woman to play in Hong Kong’s Yau Yee Men’s football league, keeping up with competitive/professional teams from/in 7 countries, supporting/coaching teams for girls and women in warzones, and setting 5 Guinness World Records in football with my NGO Equal Playing Field, especially our first game at the top of Mount Kilimanjaro. 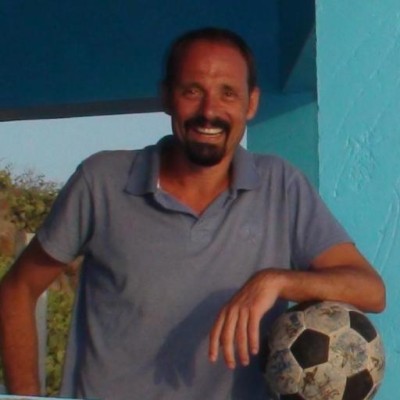 On the pitch: Always fancied himself as a bit of a striker however best positioned in the midfield looking at the big picture and keeping the ball rolling

Achievements: 20 years a humanitarian aid worker during which time he has played against some of the more difficult players on the pitch such as the Hutu, Tutsi, Taliban, Janjaweed, Tamil Tigers, YPG, ISIS, Peshmerga, Houthi and the North Korean Communist Party. He does like to point out however that by the time of the final whistle, fair play always wins. My youth team – Nicholas, Sasha, Joy and Jacob. 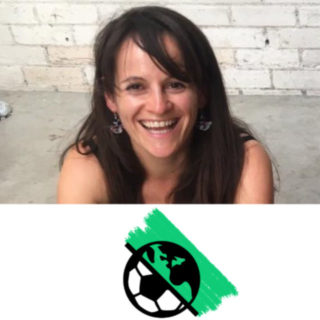 Goals: For football fans to save the planet. I’m not joking.

On the pitch: I am a centre midfielder who is often told to ‘stay in my channel’. A bit of an enthusiastic terrier is one way I have been described. I have, however, also been compared to Makelele, Didier Deschamps and Ngolo Kante.

Teams: Obviously all those that make up the Pledgeball family – positions are available. And the Misfits WFC.

Achievements: Captaining the Misfits Electrics to what would have been a league win if the pandemic had not stopped play. Scoring off a header in said season (I am 4 ft 10). Persuading my family and friends to help me develop Pledgeball www.pledgeball.org with no pay other than the promise of (very!) regular phone calls. 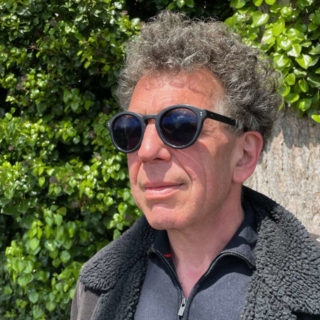 Goals: For football’s commitment to decarbonisation to help make it the common sense norm of all global politics. Massive increase in quality and quantity of hummus and falafel at football.

On the pitch: I know you are only as young as you feel, but I’m feeling that football is a young person’s game, and in any case it is the younger generation of this world that are going to have to truly lead the way in making and living in a carbon zero society….so at best I’m a specialist coach with a taste for analytics.
Teams First Love, Tottenham Hotspurs….life long partner Bristol Rovers

Achievements: In 2006 the Ball is Round a global history of football, followed by Futebol Nation: A footballing History of Brazil, The Game of Our Lives: The making and Meaning of English football, The Games; A Global History of the Olympics and in 2019 The Age of Football : The Global Game in the Twenty First Century. In 2015 the Game of Our Lives was awarded the Williams Hill Sports Book of the Year. He is sometimes a Visiting Professor at Pitzer College, Los Angeles. 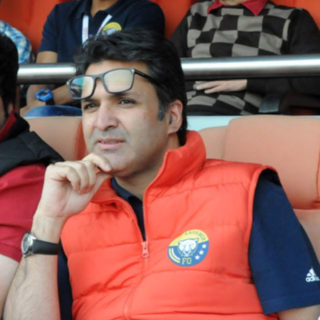 Appearances: 2018 Bundesliga Dortmund vs Mainz ( Dortmund) 2019 Manchester United vs Barcelona ( Old Trafford). These games gave me an insight into how important the beautiful game is to the human race.

Goals: One day to have two big European Clubs play a match in Kashmir. However I would swap this wish for a futuristic football centre in Kashmir where we just don’t teach kids football but also use football to spread infectious joy for life.

On the pitch: An attacking midfielder who would like to quickly turn defense into offence with impossible passes. Using football to bring people closer together continues to be a life goal. I am a fan of community rooted clubs, as I believe they offer tremendous pride and joy to many people.

Achievements: Co-Founder of Real Kashmir FC, one of world football’s most fascinating stories. I am looking forward to being a part of The Ball’s journey from London to New Zealand via my hometown Kashmir. I believe that The Ball’s journey can offer immense hope and joy: Showing that even though we may all be diverse, a simple ball can connect us like nothing else. 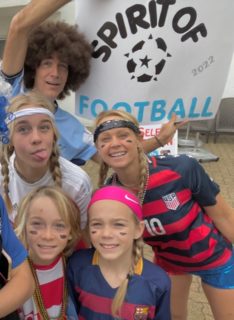 Goals: For gender equality and climate change in sport, music, and all professions

On the pitch: We are a family of defenders…and hope to defend our daughters from gender bias and our precious earth from climate change! Scott played defending stopper both in college and in his semi-pro career. Solie plays left full back, Sailor plays sweeper, and Sammy plays defending mid-field. Karli plays the entire pitch and is a general cheer leader and organiser for the entire team.