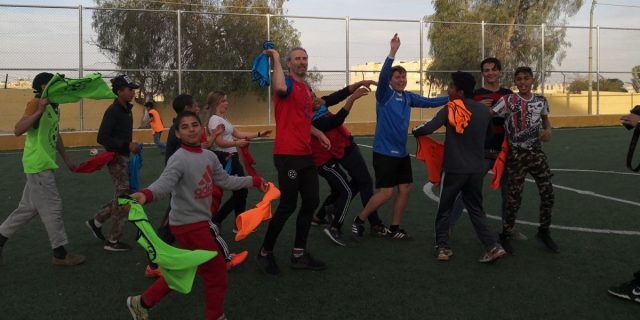 We are visiting a charitable organisation in the North of Amman, Mabarrat Um Al Hussein, a children’s home for orphaned and neglected children between the ages of 8-16 years old. Knackered after a successful workshopday at JOHUD, we were at first sceptical as to whether we would be able to handle so many boys from difficult backgrounds and of different ages. It turned out, however, that our fears were unnecessary. We were very cordially welcomed for lunch, shown to the washroom, then had water brought to our tables, as well as disinfectant.

To everyone: don’t forget to wash your hands! Corona! Corona ;-)

We sat down at a long table among the kids. They at first made jokes about us, until we asked them their names and age, gave them our attention – the ice was quickly broken. The kids were excited, curious and asked one question after the other. The smaller ones called some of the elder ones to help them with translation. After the meal, there was a guided tour through the house and once more we had to use the the stinking disinfectant! We were shown the facilities and creative work of the kids. The different activities offered were explained, as well as some of the reasons why the boys are in the centre. Then we were brought to a little cinema, where they showed us a film about the organisation. For instance we learned that Mabarrat Um Al Hussein was founded in 1958 by the late Jordanian Queen Zein Al Sharaf and is currently supportd by her daughter, the Jordanian princess Basma Bint Talal, the patron of the charity. 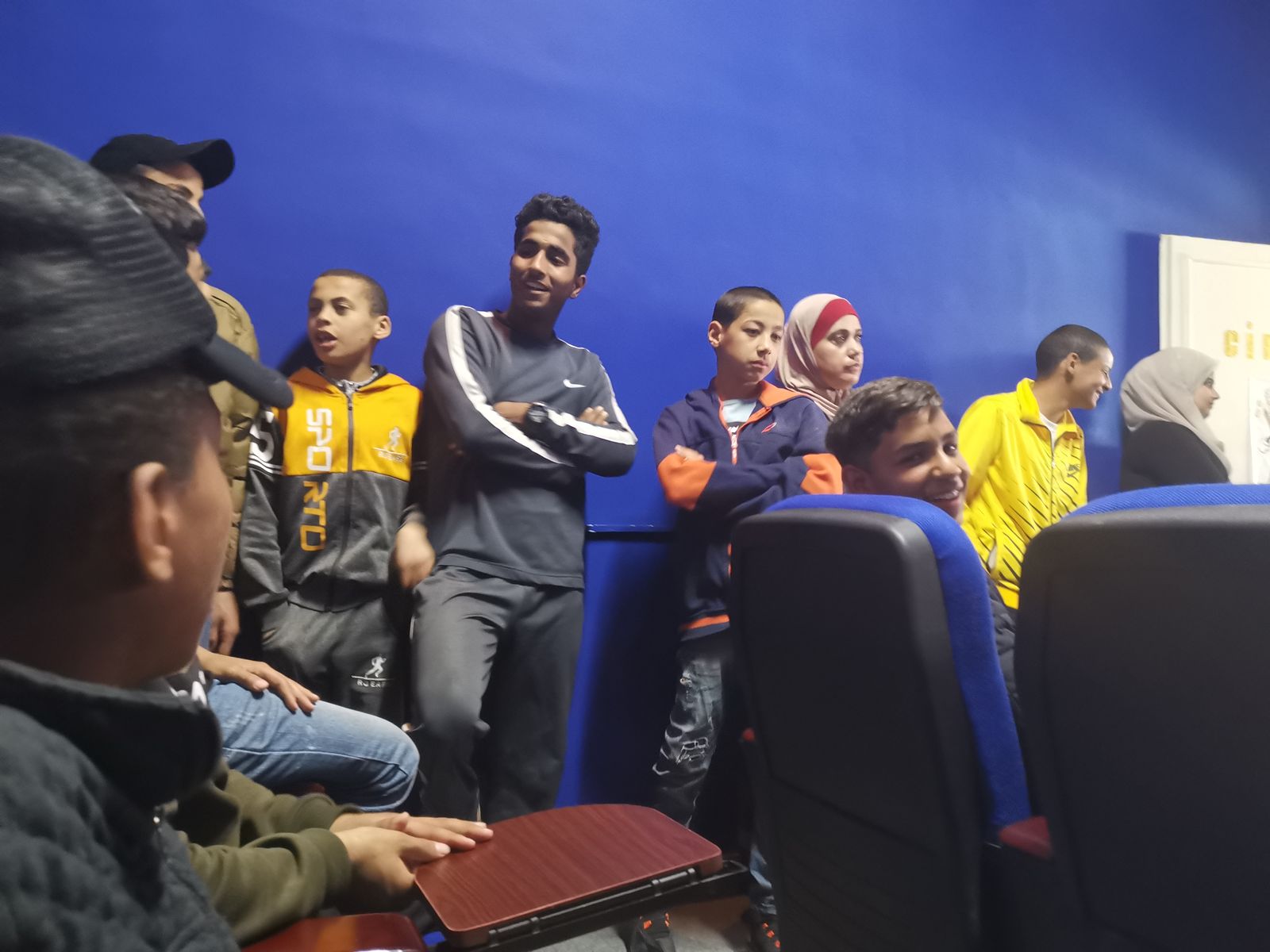 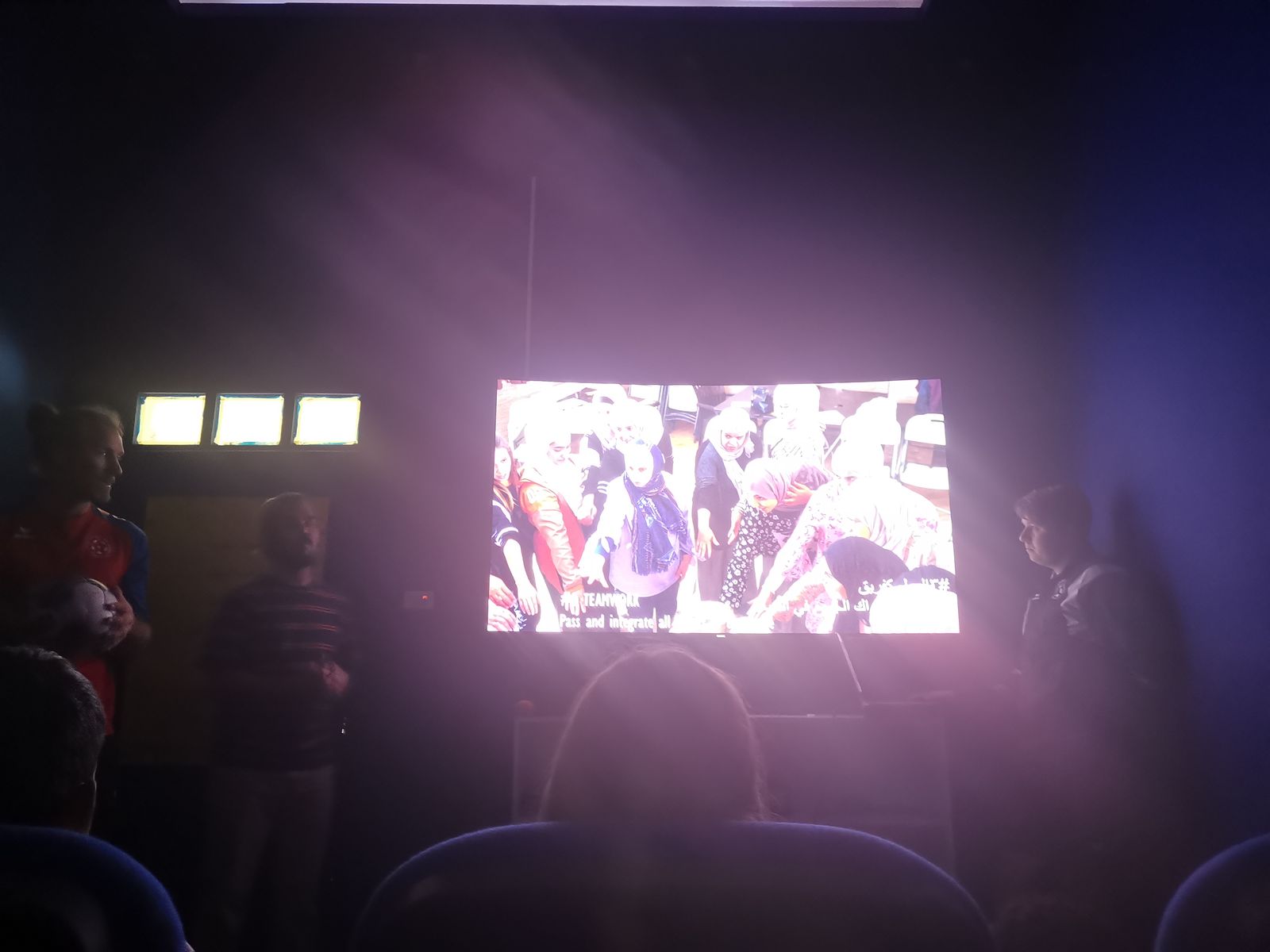 The kids crowded after us during the tour and wanted to watch the film with us. Excited and curious, they stood in the door full expectantly, anxious to get to know us. A cheeky little imp escaped the educator and sat with us. Another three of the smaller ones followed, and soon the whole workshop group was in the cinema. So we decided to end the mid-day pause, and Benni, one of the Spirit teamers, quickly built up our projection material, so that Andrew, the founder of Spirit of Football could introduce our association together with its values. They applauded our fairplay rules, especially “Respect” and “Fairplay with words”. It was cool to see that they immediately recognized these values.

Then we went onto the sports field. At first it was a bit difficult to tame all of the kids of different ages and keep them to their groups. We thought up our team names, presented them and the game got started. The boys ran across the field full of energy and agility. The fans danced to Arabic music, sang with the microphone and cheered the teams. The atmosphere was euphoric und electric. 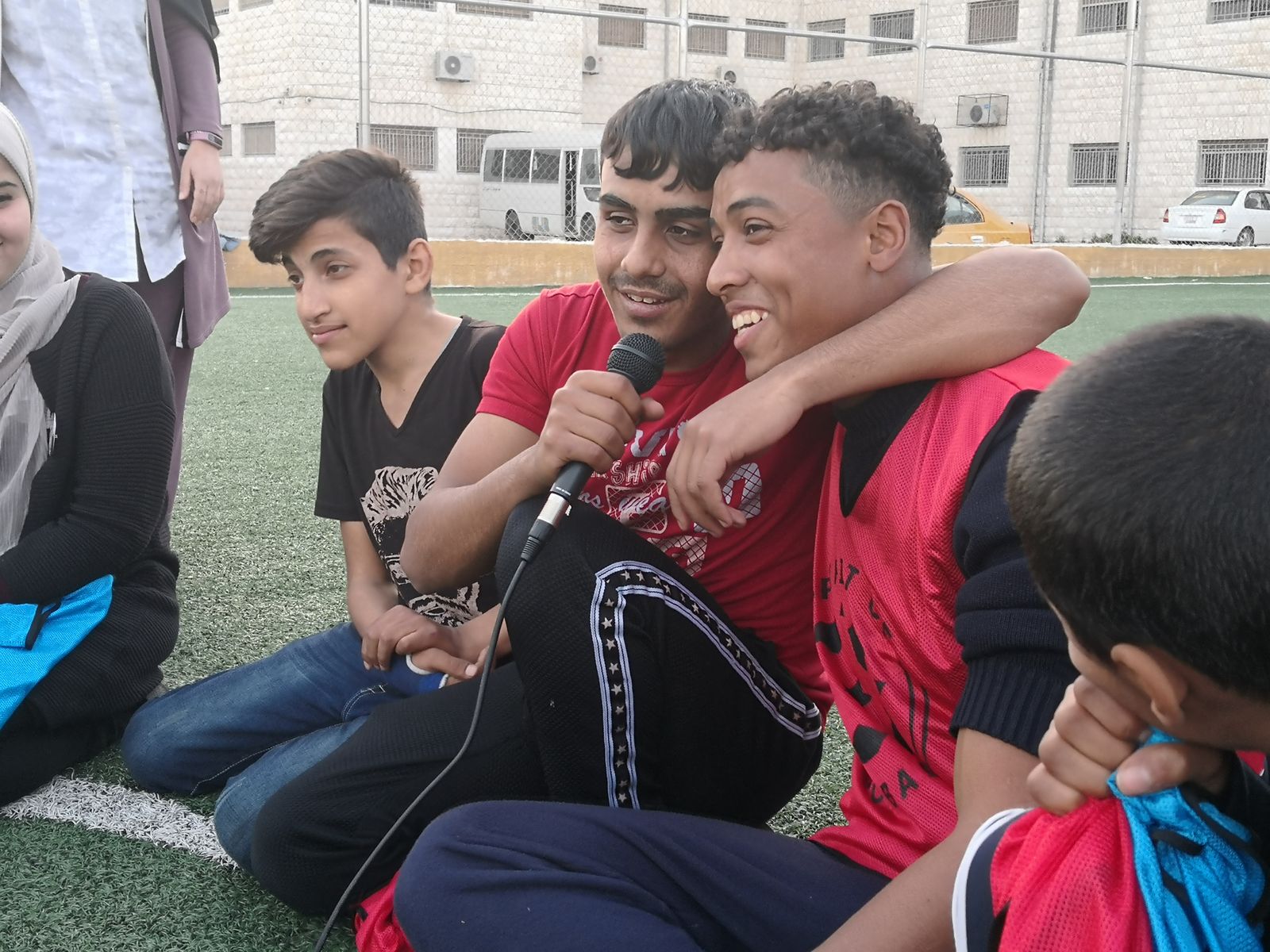 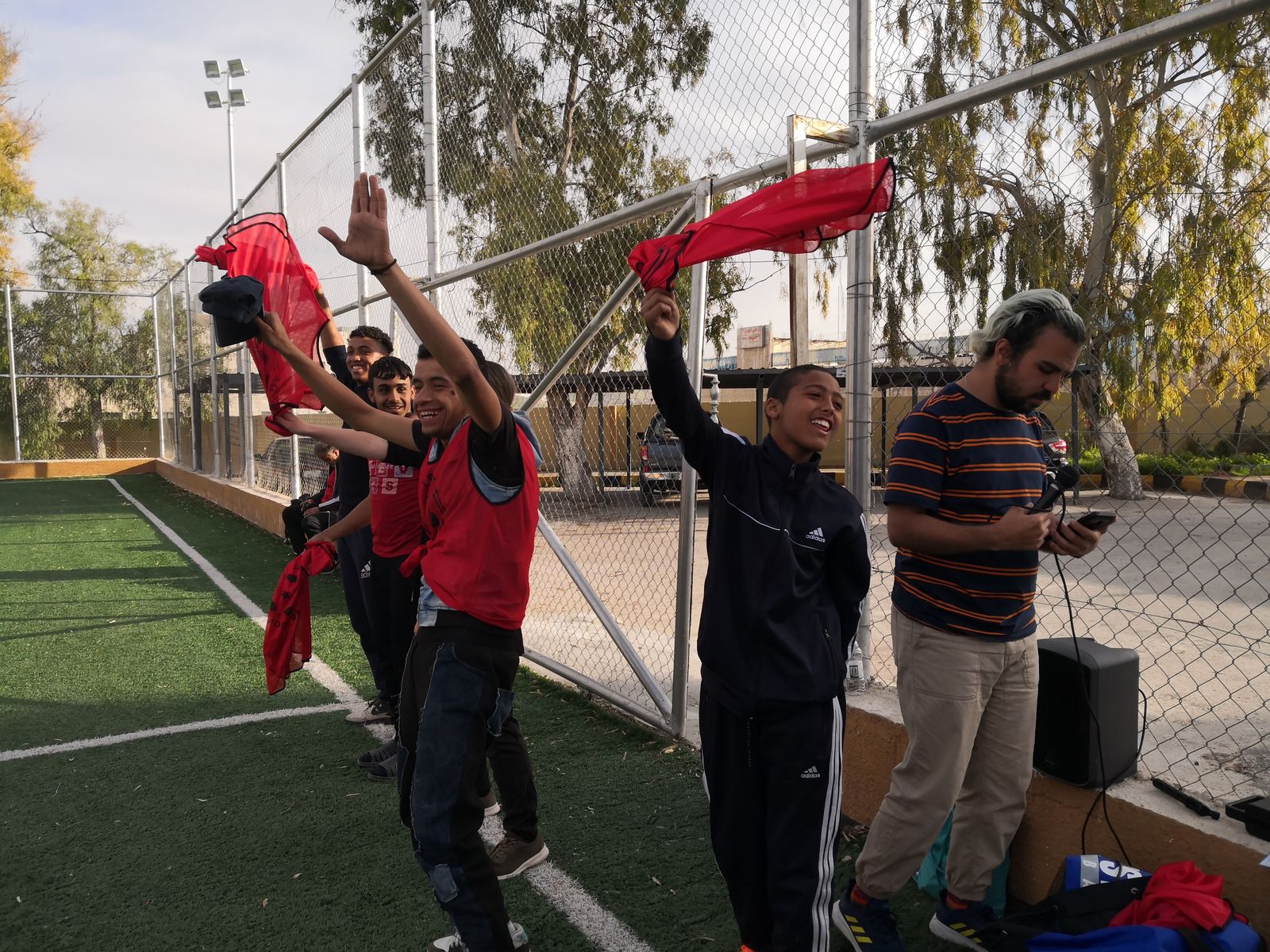 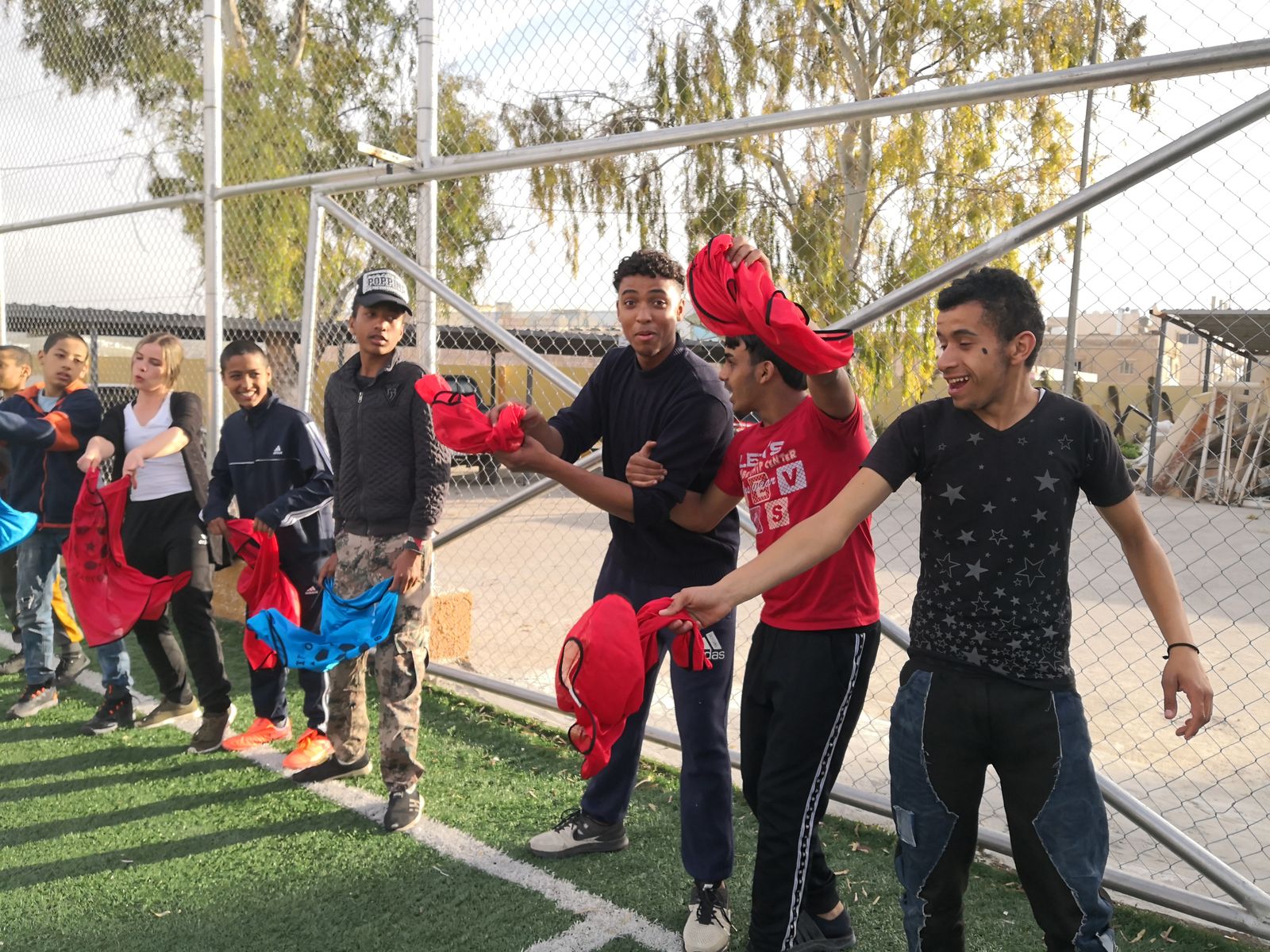 At this moment they could be kids again, far away from their difficult memories. They kept our fairplay-rules and were attentive towards the women playing with them. It was a great game, full of vitality.

Afterwards we were offered some tea and the boys and two courageous girls were allowed to exert themselves in a normal game of football. This too took place in a respectful atmosphere. During the feedback session, they stated, that they were especially appreciative of the positive energy they received from the team. Fairplay football was new to them and they especially liked that their educators and teachers played together with them.

The boys’coach and Haifa, a JOHUD employee and workshop participant, said: „I can’t believe these were our boys. They behaved in such a kind way and played so fair.“ 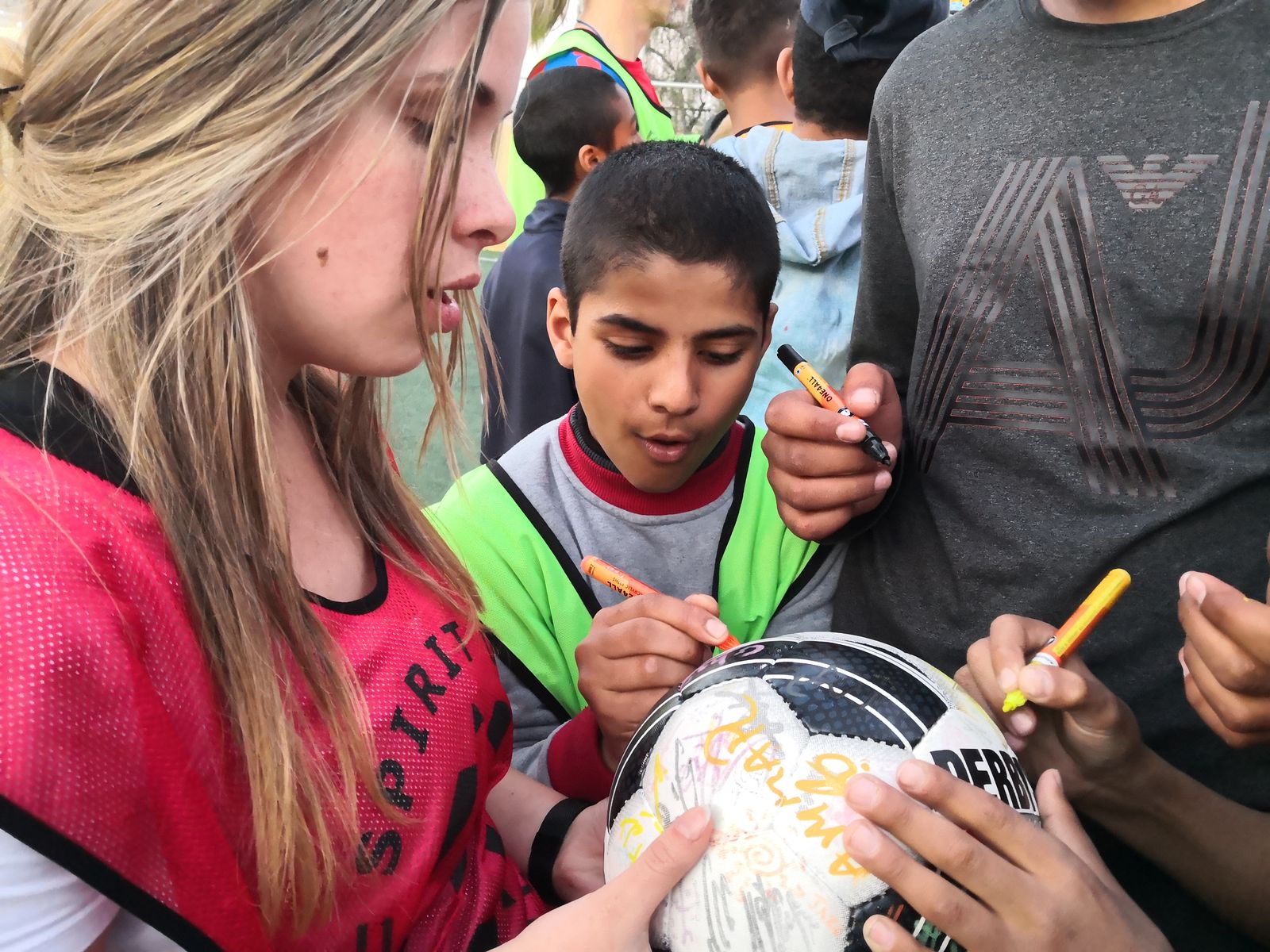 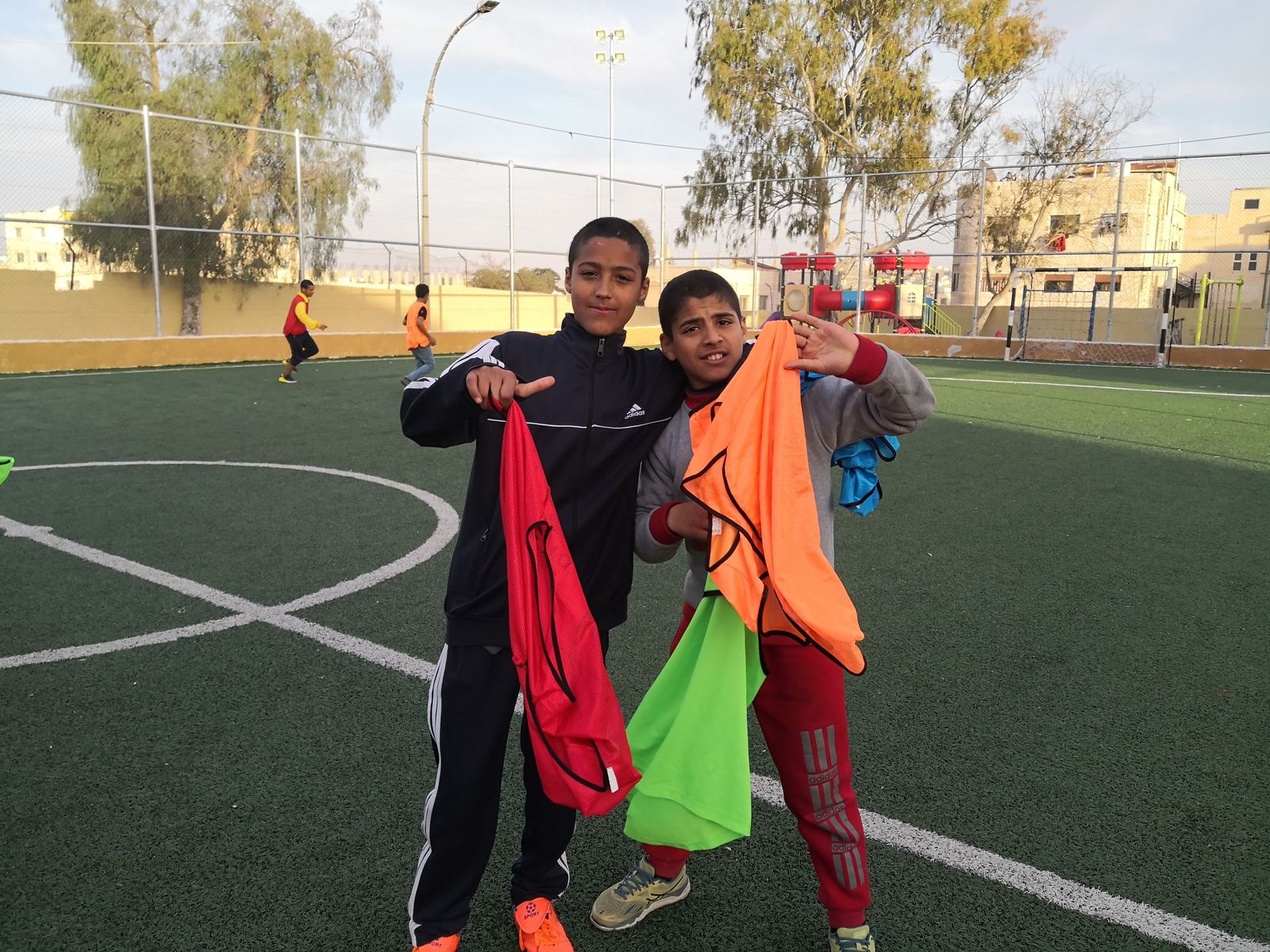 A boy from my team was called Omar (12). He was rather shy, his gaze pensive. He came to the orphanage with 6 and lives with his parents from time to time. In Mabarrat Um Al Hussein he has spent 4 years of his life. While we were there, he was mostly on his own, not as agile as the other kids, sitting by himself at lunch, until Leonie, one of the Spirit teamers, sat by him and then many other kids followed her. Unfortunately he was run over by one of the bigger boys during the football game and fell on his hand, so that he had to sit by the side, watching the game. We took pictures together, he brought me tea and we communicated with hands and feet, a little bit of English and a few words of Arabic. He didn’t leave my side anymore and smiled at me. Since he normally seldom smiles, I felt this to be quite special. He was very helpful and wanted to do me favours by collecting the balls and carrying my bag to the car. Then he waited in the car, until we had packed our stuff and come back.

At the end of the workshop he gave me a thumbs up, put his hand on his heart, smiled and said “Shukran” (Thank you)! 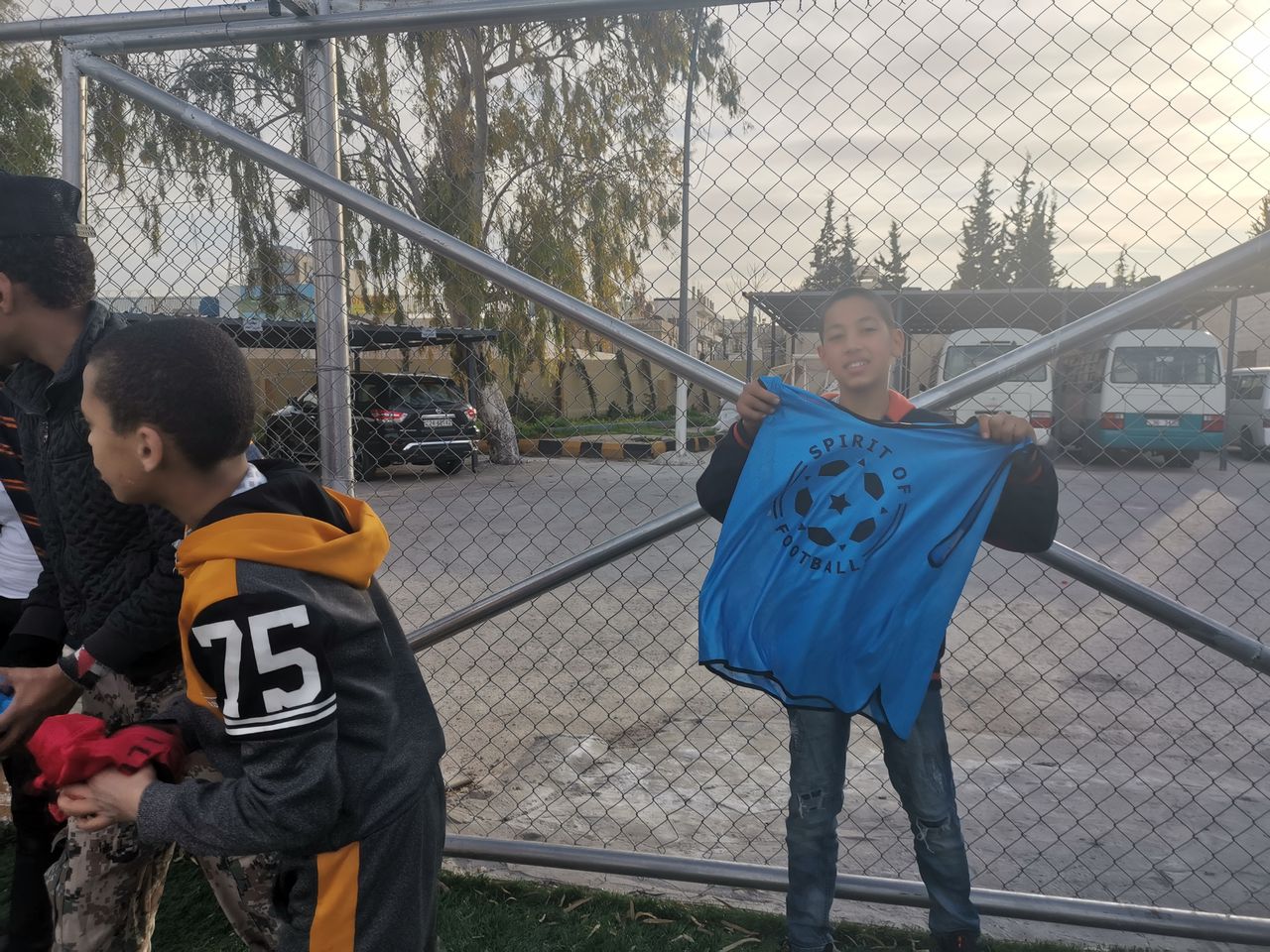 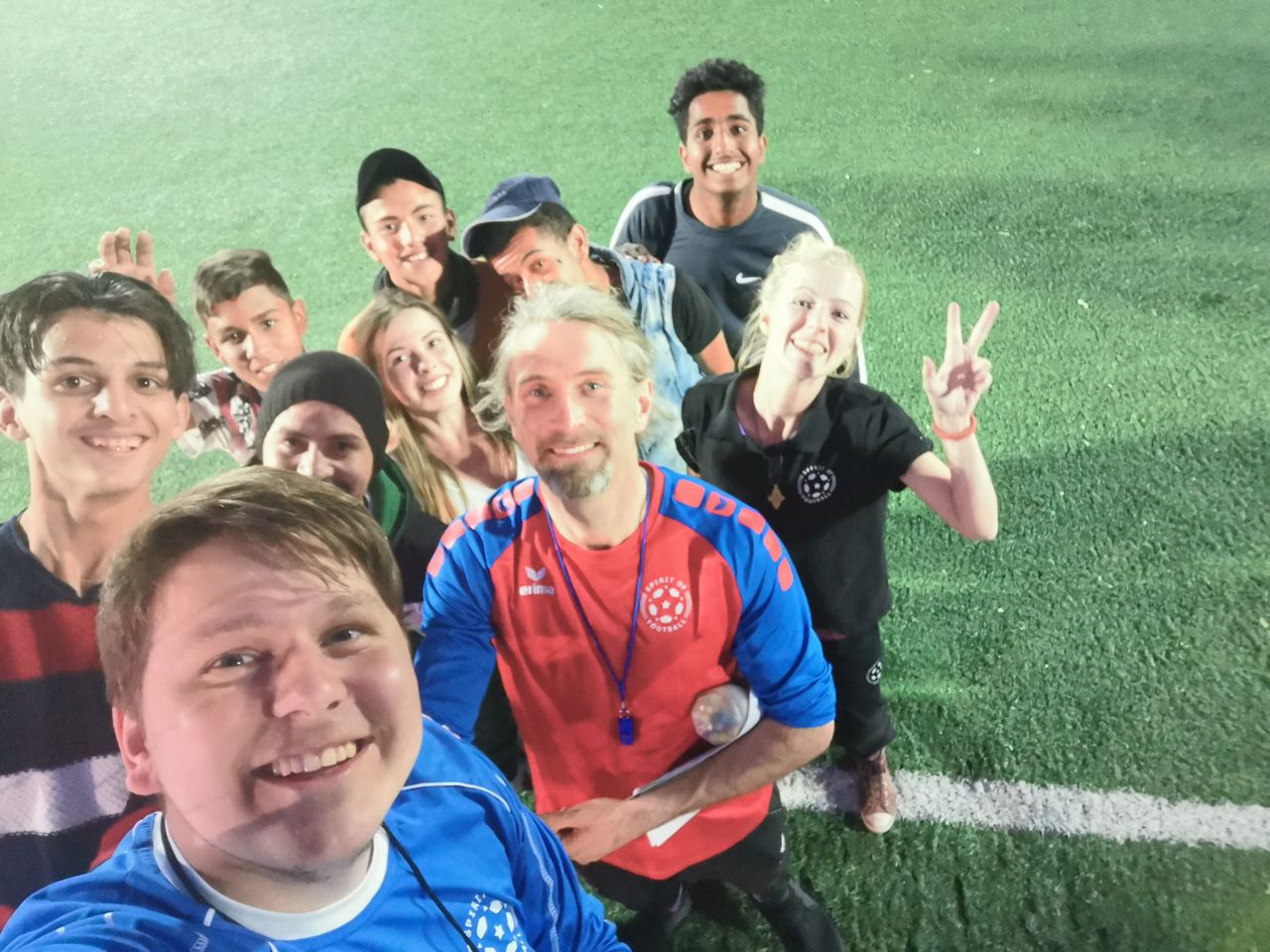