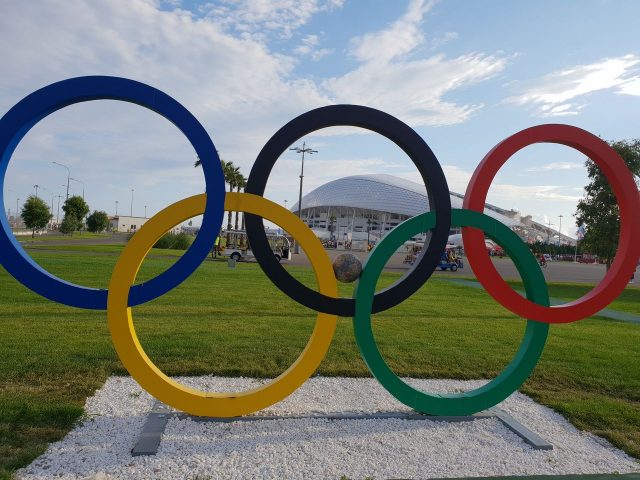 The Spirit team, with only 3 motivated players left, once more had to say goodbye to one of its members. Martin, our Brad-Pitt-lookalike, left us after 10 days of devotion and support, so that Benni and Benny (B&B) from now on journeyed alone through Mother Russia. The next stop was Sochi, a name which should ring a bell with those who followed the Olympic Winter Games of 2014. The organizers of the World Cup used the enormous arena, called Fisht (after the mountain) and the existing infrastructure and made it into one of the venues of the games, among them for the one between Germany and Sweden.

The Duo B&B finally wanted to bring THE BALL together with the German national team, after the first try to give the Team Spirit and a sense of WE in their accommodation in Watutinki near Moscow had failed before the start of the World Cup. It was clear where that got them, as we so painfully had to witness in the game against Mexico. Not a trace of team work, esprit or positive energy! We deemed it our duty as Spirit members to go and bring back some life to our national Team. After getting THE BALL into the old stadium, we now sat in front of thousands of Swedish fans, who created a fantastic atmosphere.

Half time meant SWE vs. GER 1:0. Consternation!  Cigarette pause (as non-smokers)! Empty gazes! But there was no giving up. THE BALL had so often helped us out, why not today? Come on guys!

Pfiff! Second half of the game. After 10 minutes Reus gets the ball into the goal! Gooooaaaal! A sign of life! Beautiful or not, it’s in the net. Boundless jubilation, hugging everyone around us! What followed is known – it was magical, thanks to Kroos and his rocket, striking from a half-left position into the triangle. 95th minute! We win 2 to 1 against Sweden and are „back in business“! In the evening we executed a few German-Swedish dance-steps and sang Russian pop-songs, the Black Sea only a few meters away. After having slept longer than planned, we started on our longest route until now: 2200 km, comparable to the distance between Hamburg and Istanbul, eastwards to Kasan. 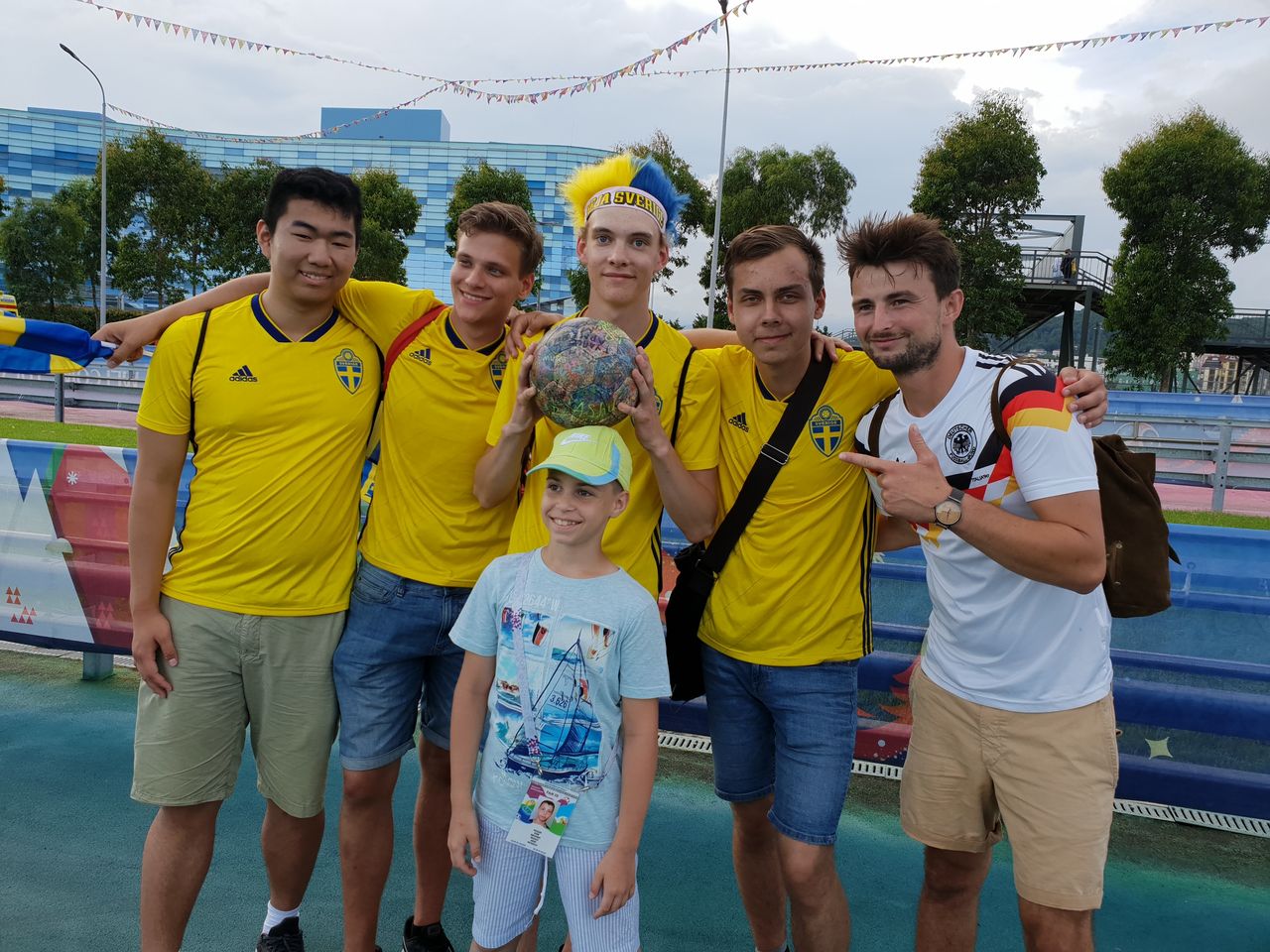 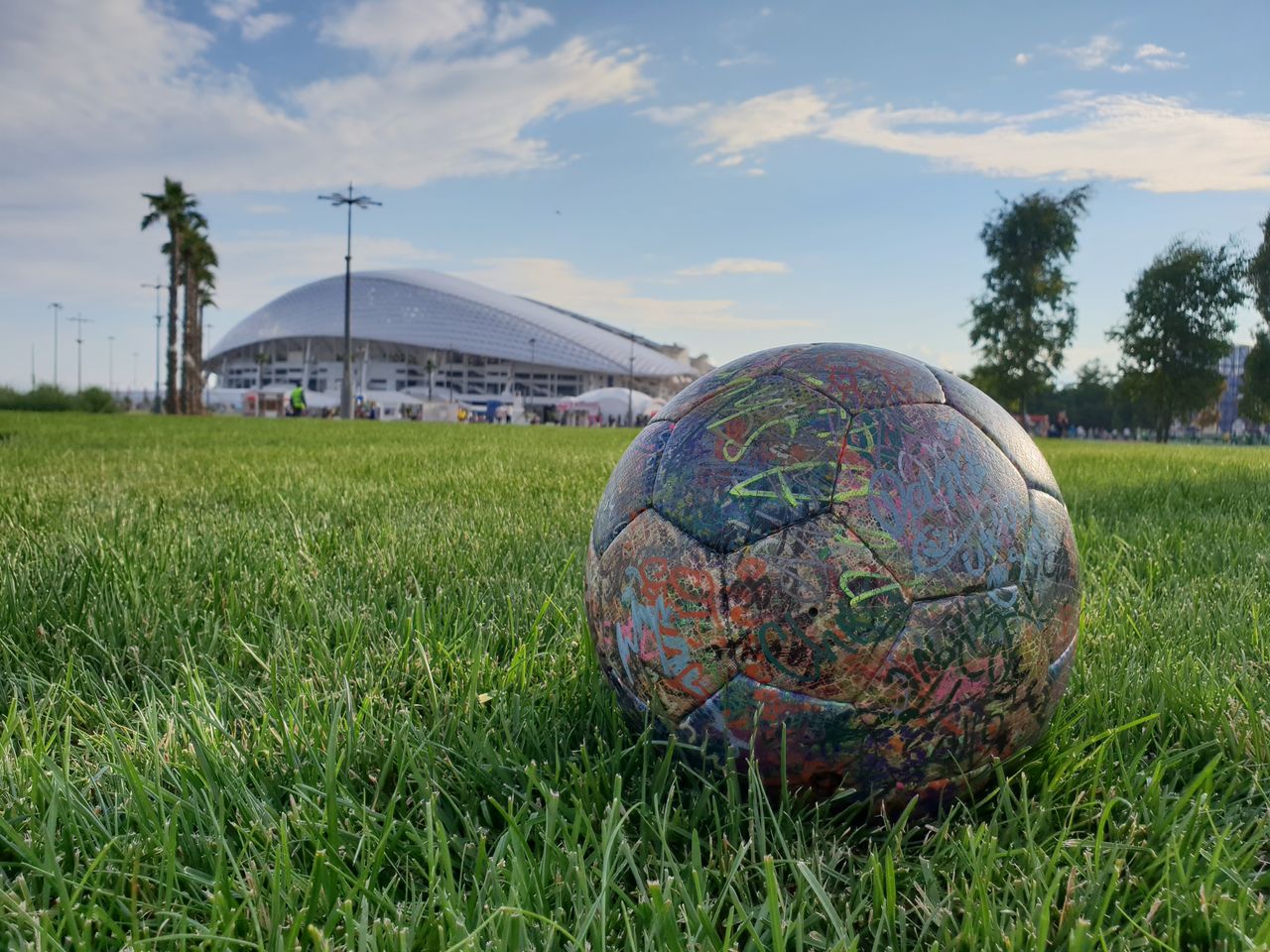 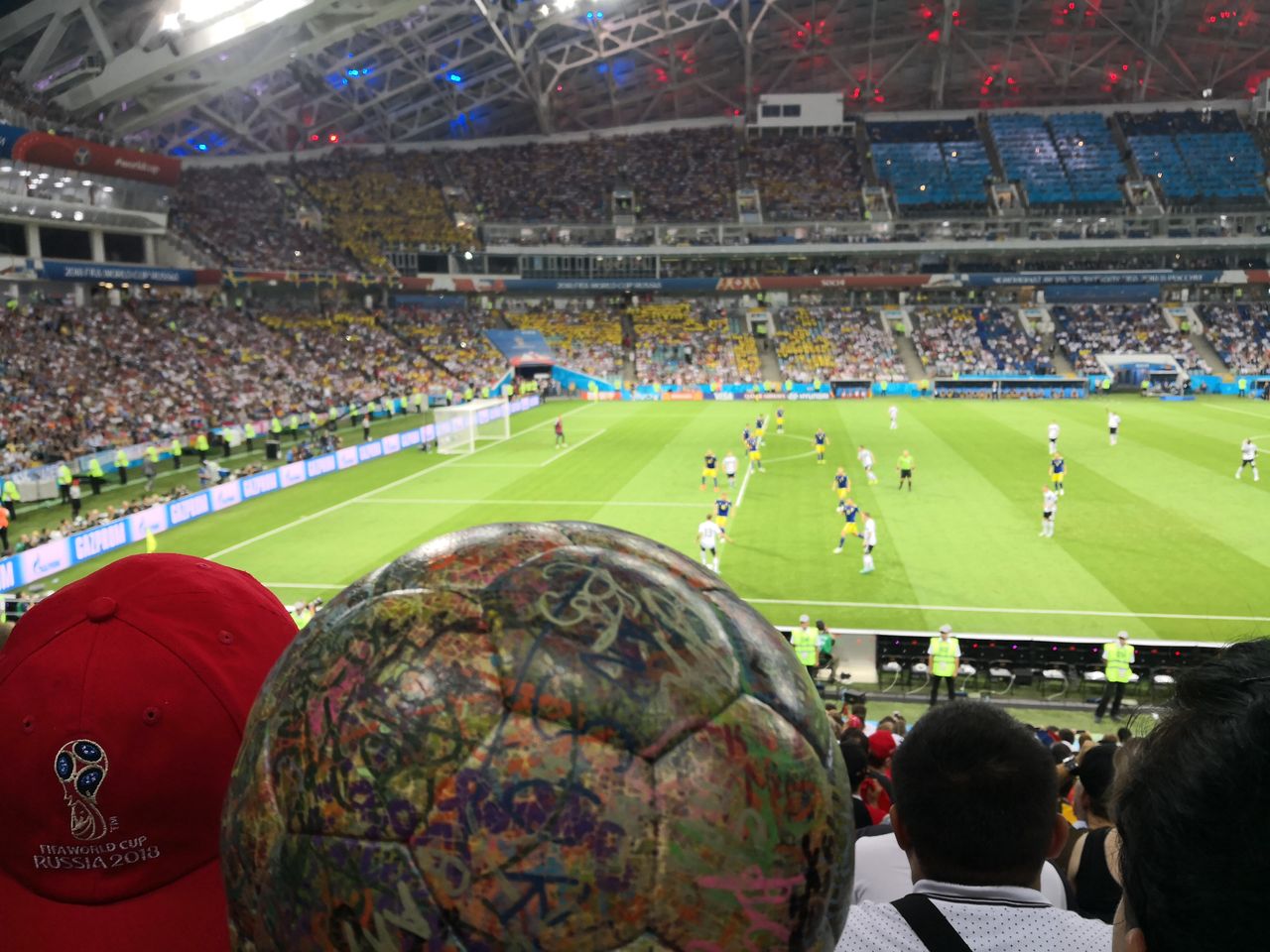 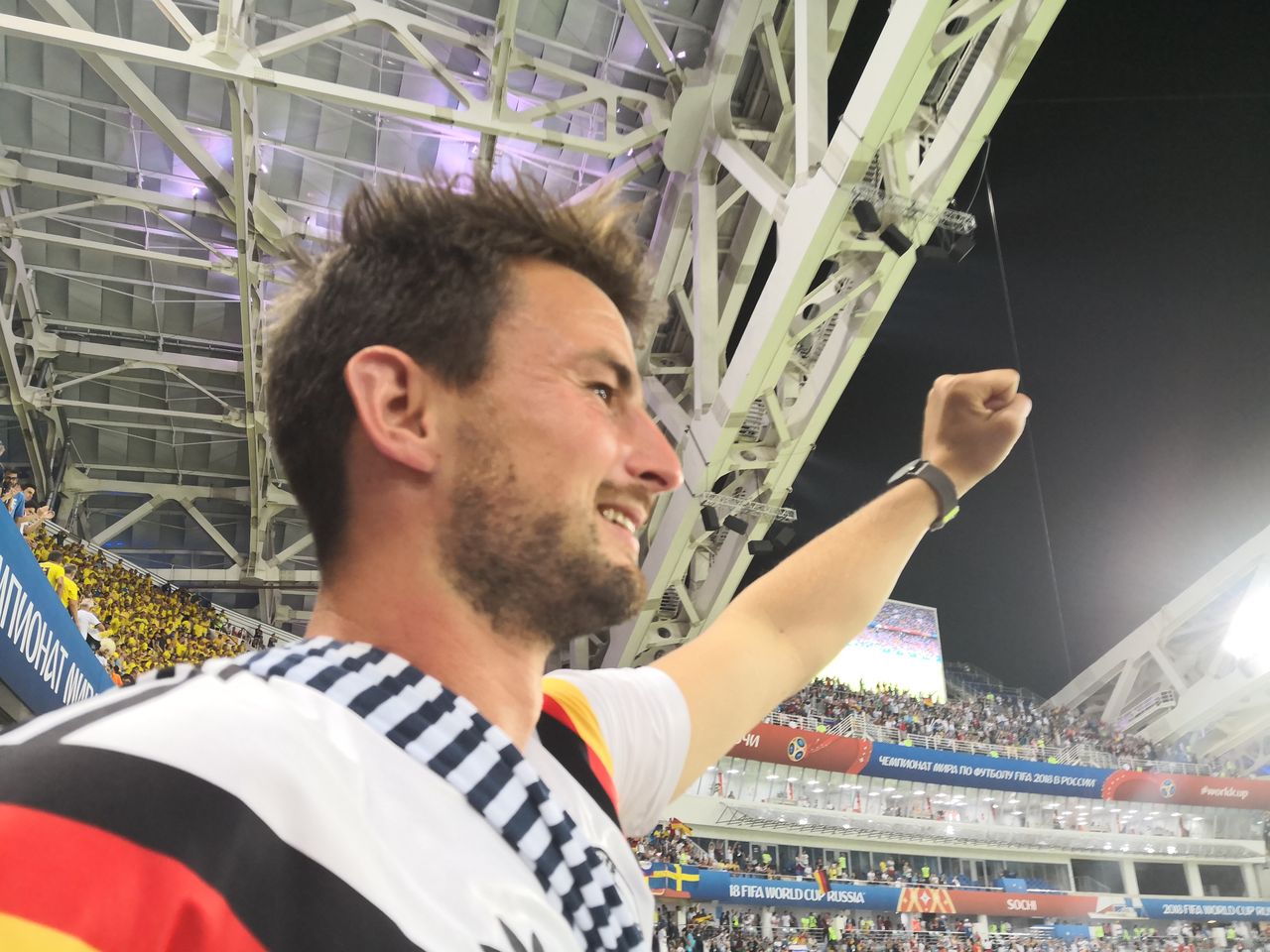 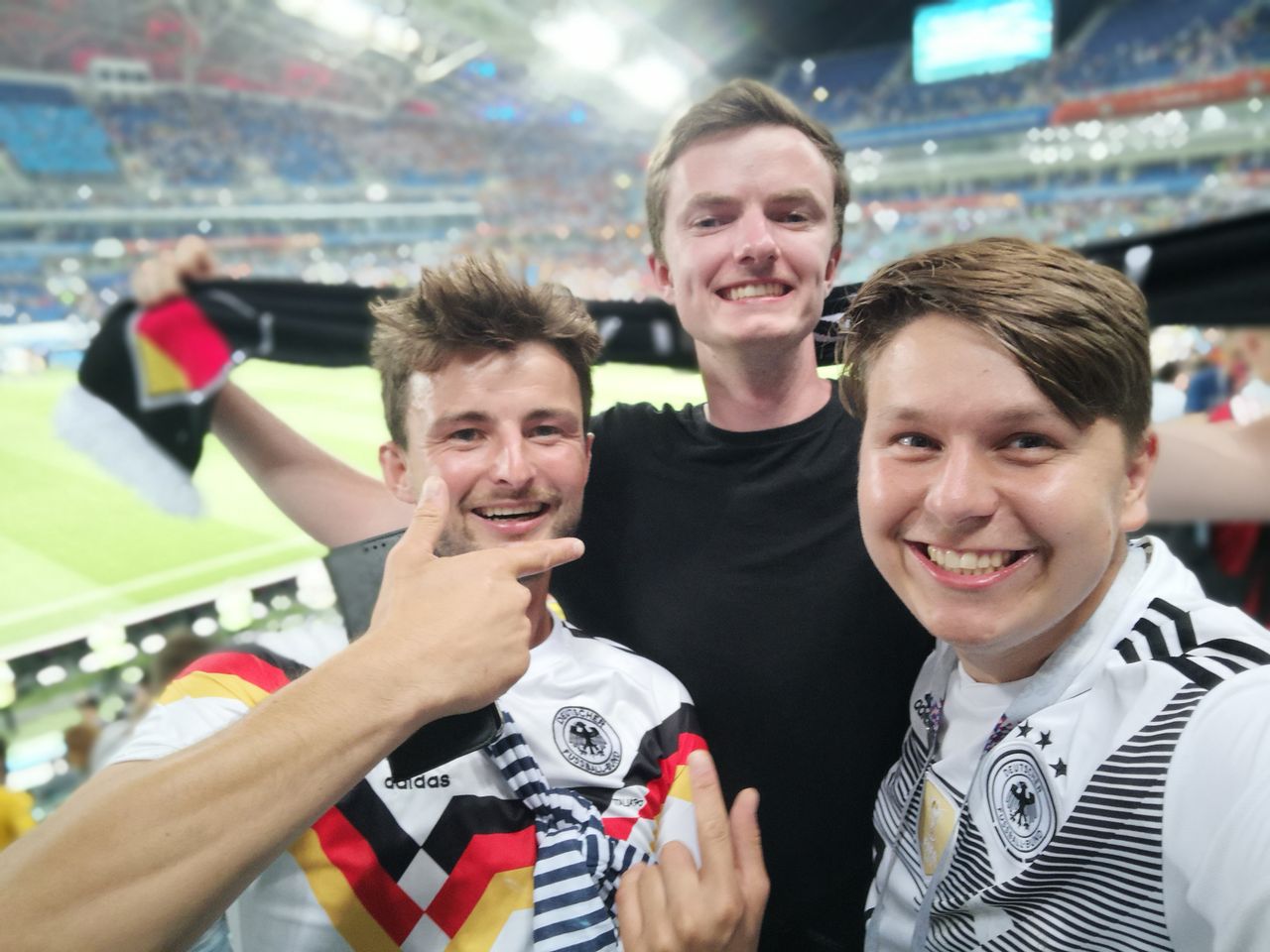 Unser Sitznachbar Matt aus Down Under.