JORDAN – The Ball in Wadi Rum, Mujib and by the Dead Sea

After a wonderful project week in the Azraq Refugee Camp and emotional goodbyes with our participants, we took the opportunity to drive to Zaatari to visit the biggest refugee camp in Jordan. 30 km away from the Syrian border, around 80,000 people have fled war and chaos in their country to come and live in a place, which by now appears more like a city than a camp. Very different from Azraq, where life seems regulated from outside, in Zaatari we had the feeling that a semblance of a real communal life was possible. 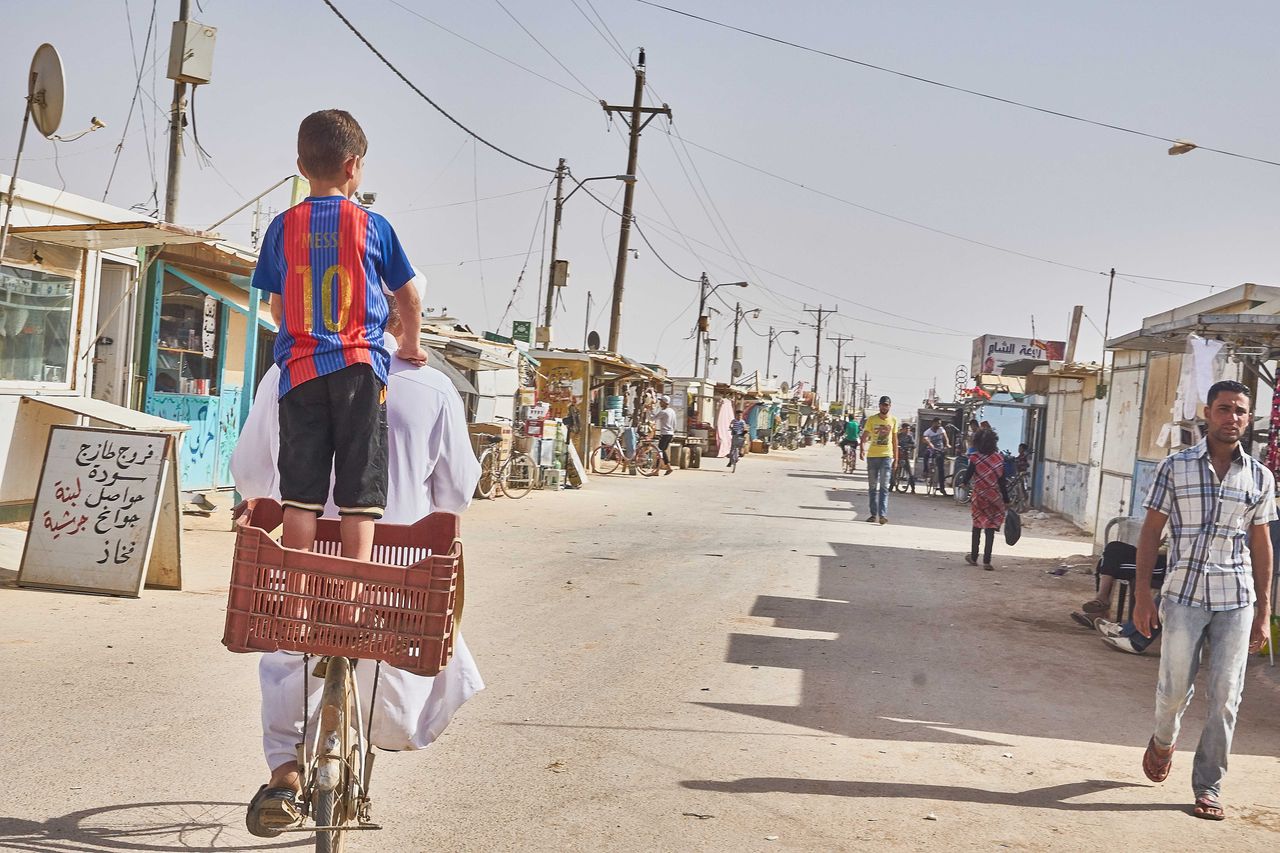 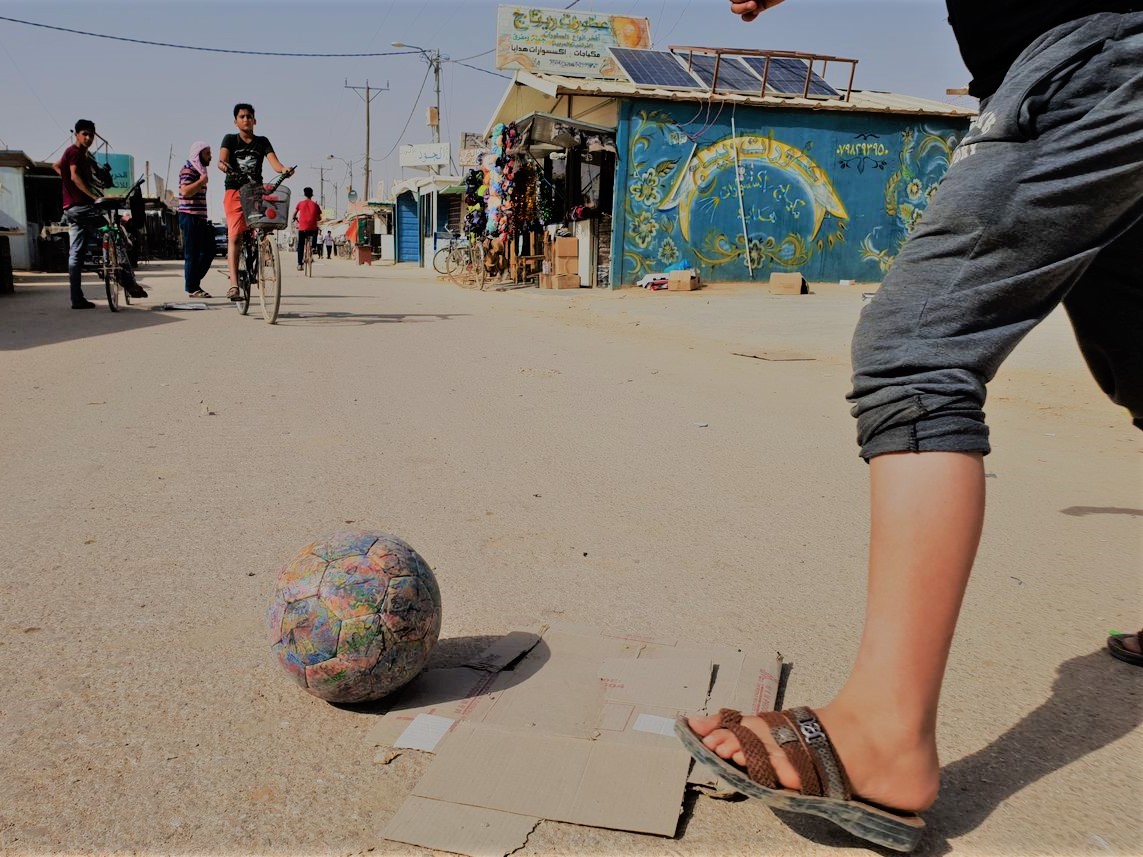 We could take the Ball for a stroll down the so-called “Champs Elysées”, seamed with small stores, barber shops and craftsmen’s workshops. People go about their business, go shopping, donkey carts and bicycles pass by and playing children weave in and out. The impression of a normal life is only mitigated in conversations, which disclose the real context. We are torn between the feeling of being caught in the act of voyeurism and being glad of having the chance to understand at least a little bit of what’s going on. In any case our experiences in Azraq und Zaatari will continue to occupy our thoughts. And we are looking forward to a break!

We head back to Amman, where we start packing for our escape week. The composition of the group is a special one: with Chris, Phil and Richard, the founding fathers of Spirit of Football, and us (Andrew, Stützi, Benni G, Nicola and Robert) several generations of Spirits are traveling together wit the Ball for the first time. 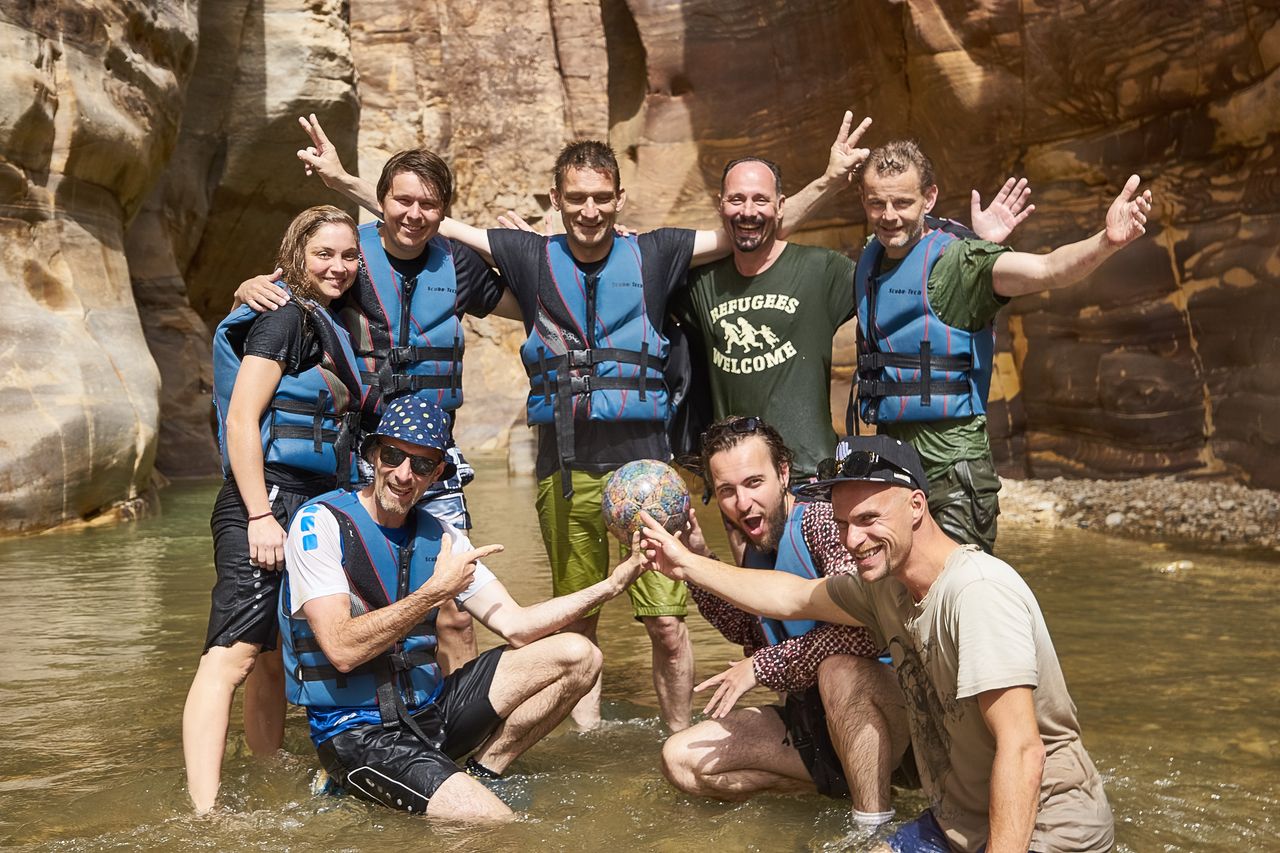 On our tour through Jordan, we make a first halt at the Dead Sea. At the other end of the salty body of water, it is possible to distinguish the West Bank, and the Israeli border is not far. After a relaxing bath, we moved on to Wadi Mujib, where we waded upstream through a beautiful canyon filled with sweet water. 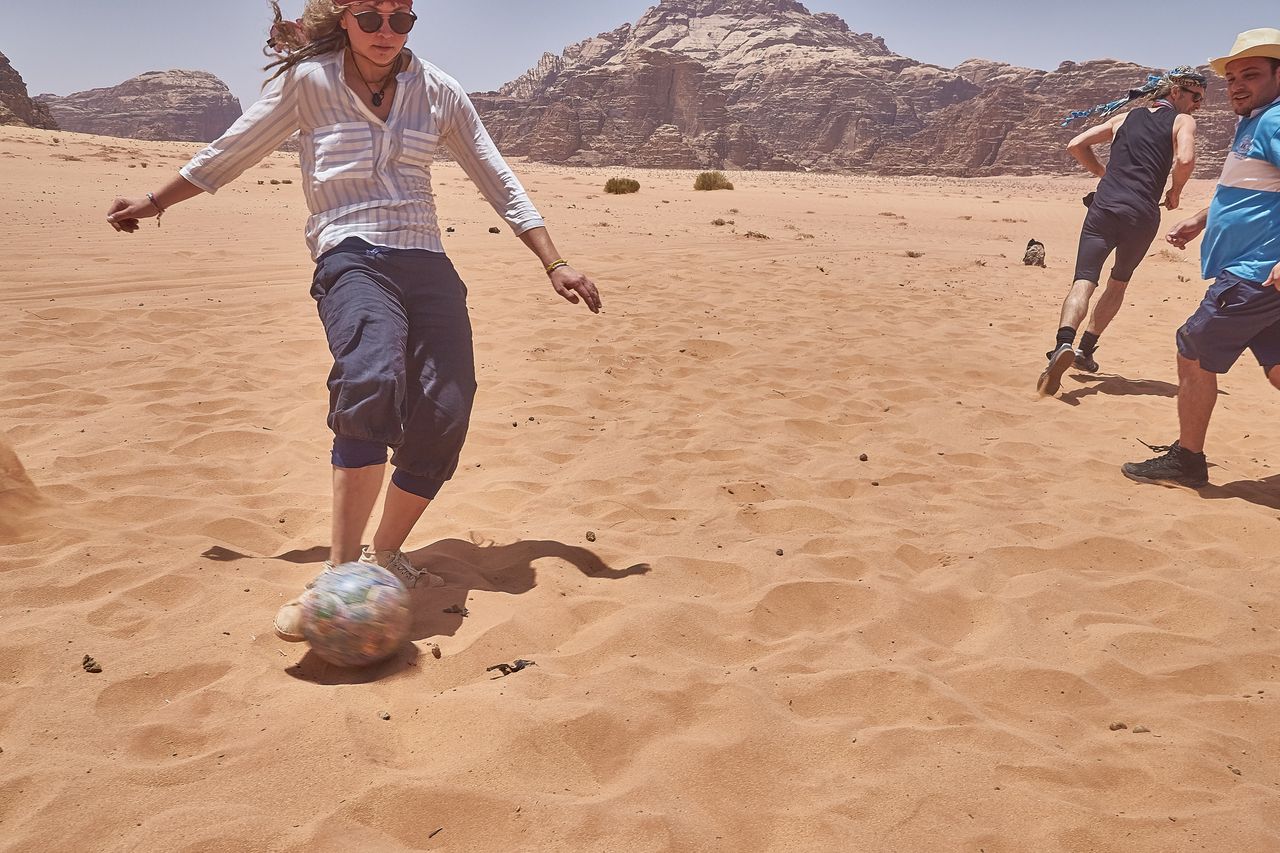 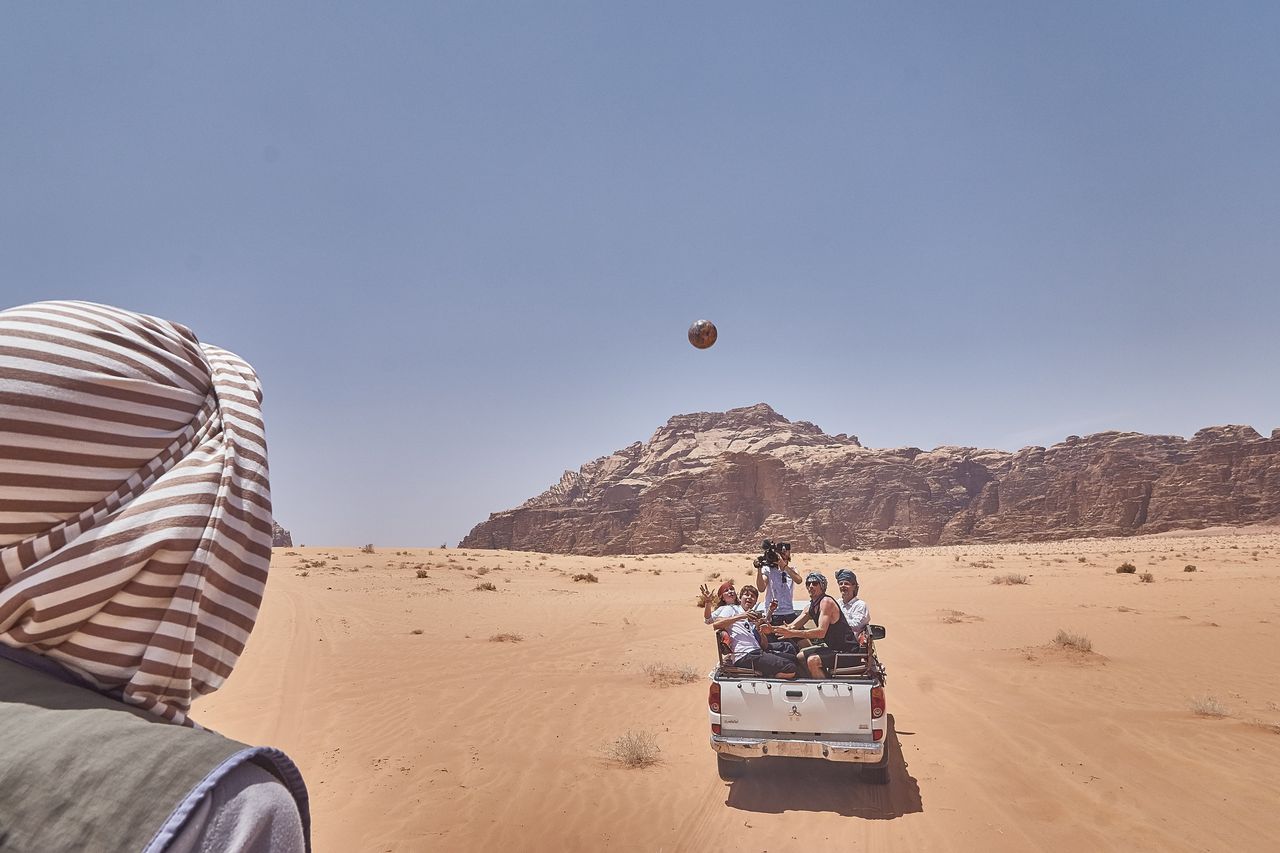 At the historical desert site of Petra, The Ball travels back in time over 4000 years and pays tribute to the cultural heritage of the region. Places such as these are balm for the soul. Under the starry sky of Wadi Rum, a tent camp in the middle of the Jordanian desert, we reminisce of past Ball Journeys. 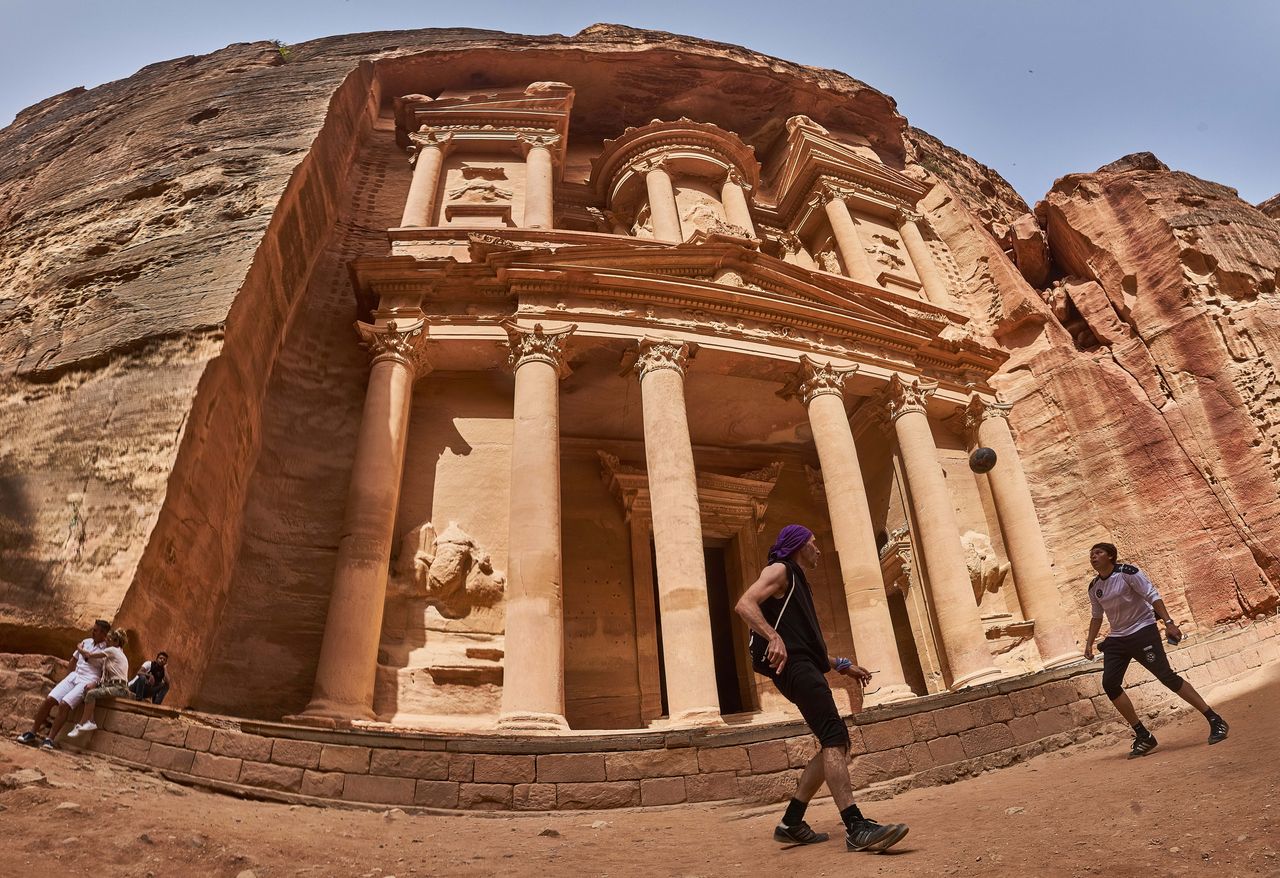 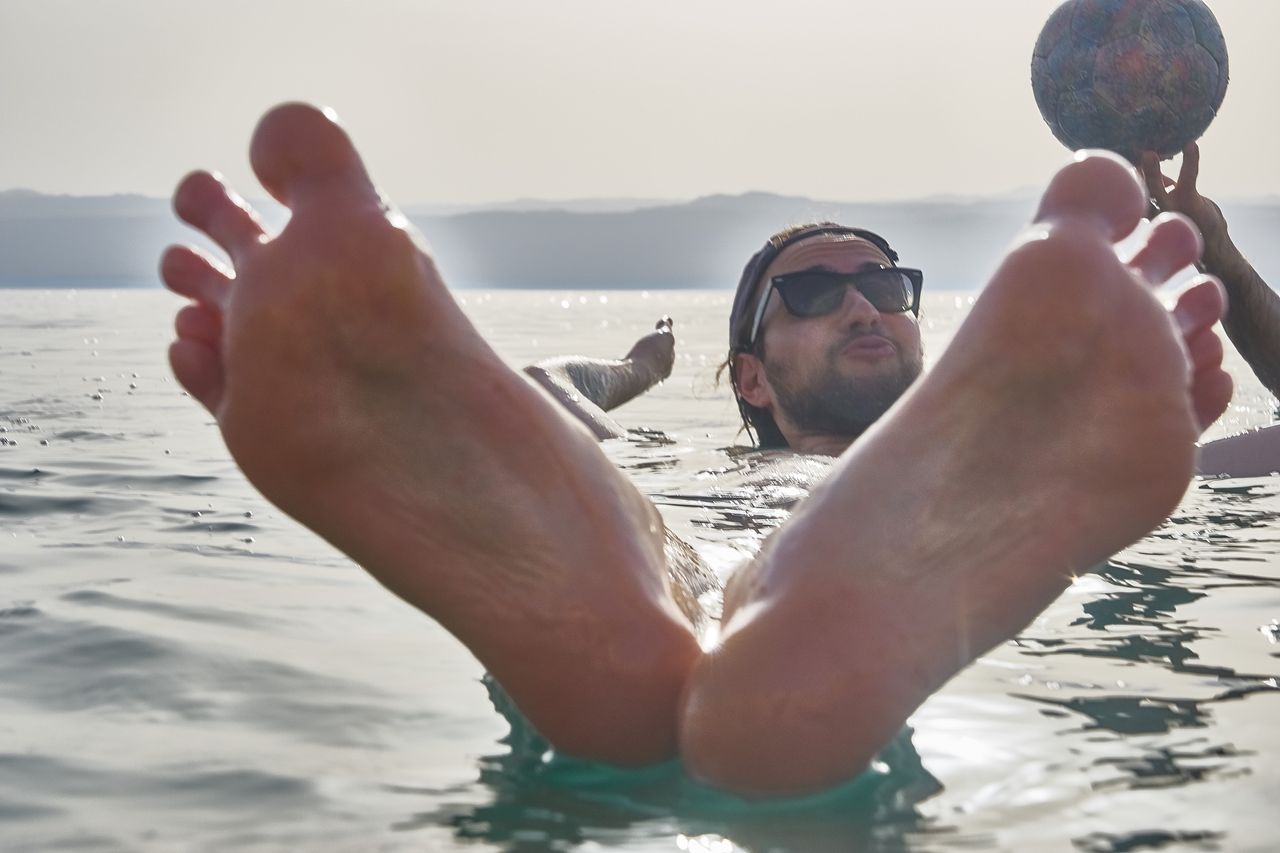 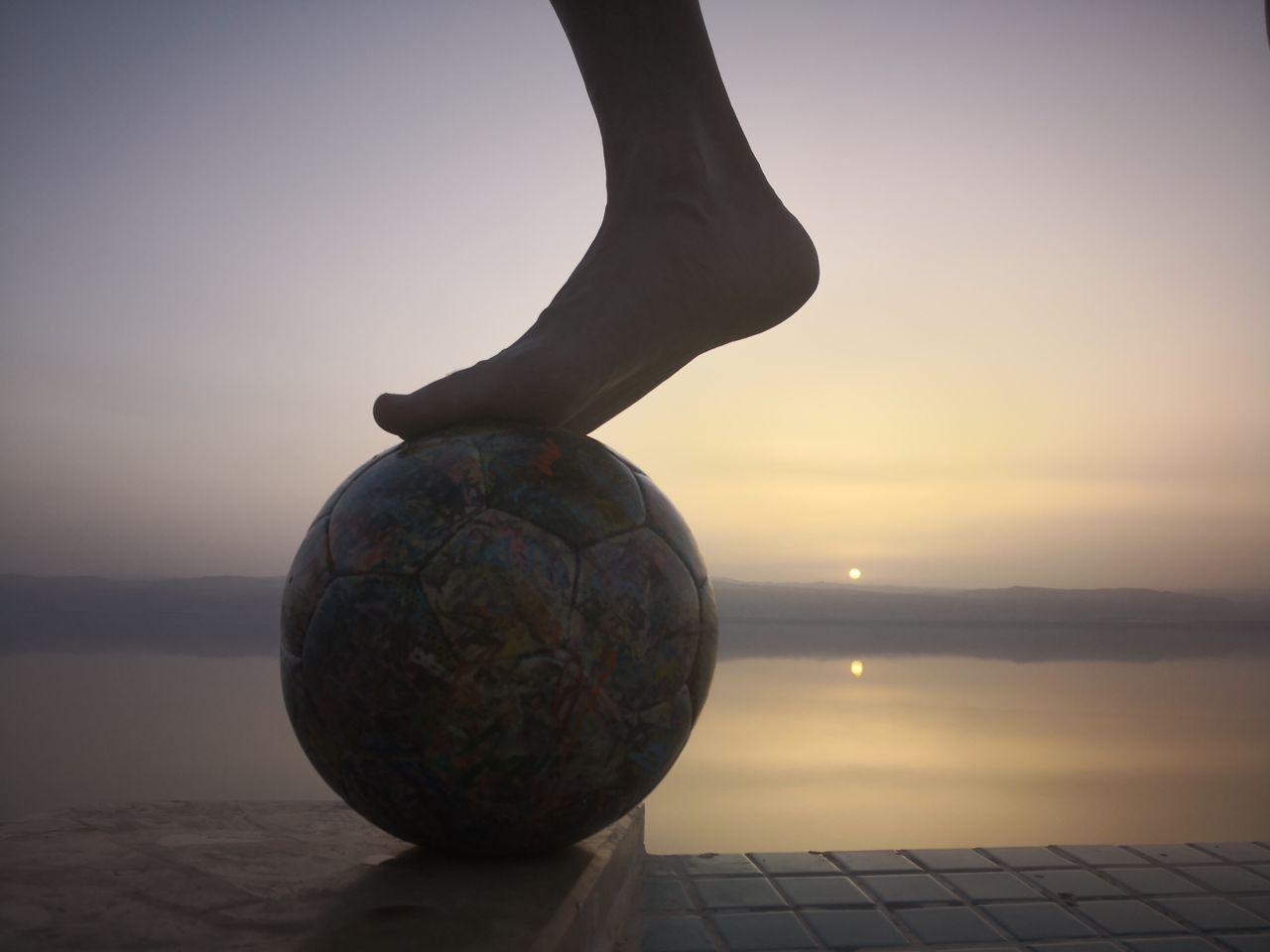 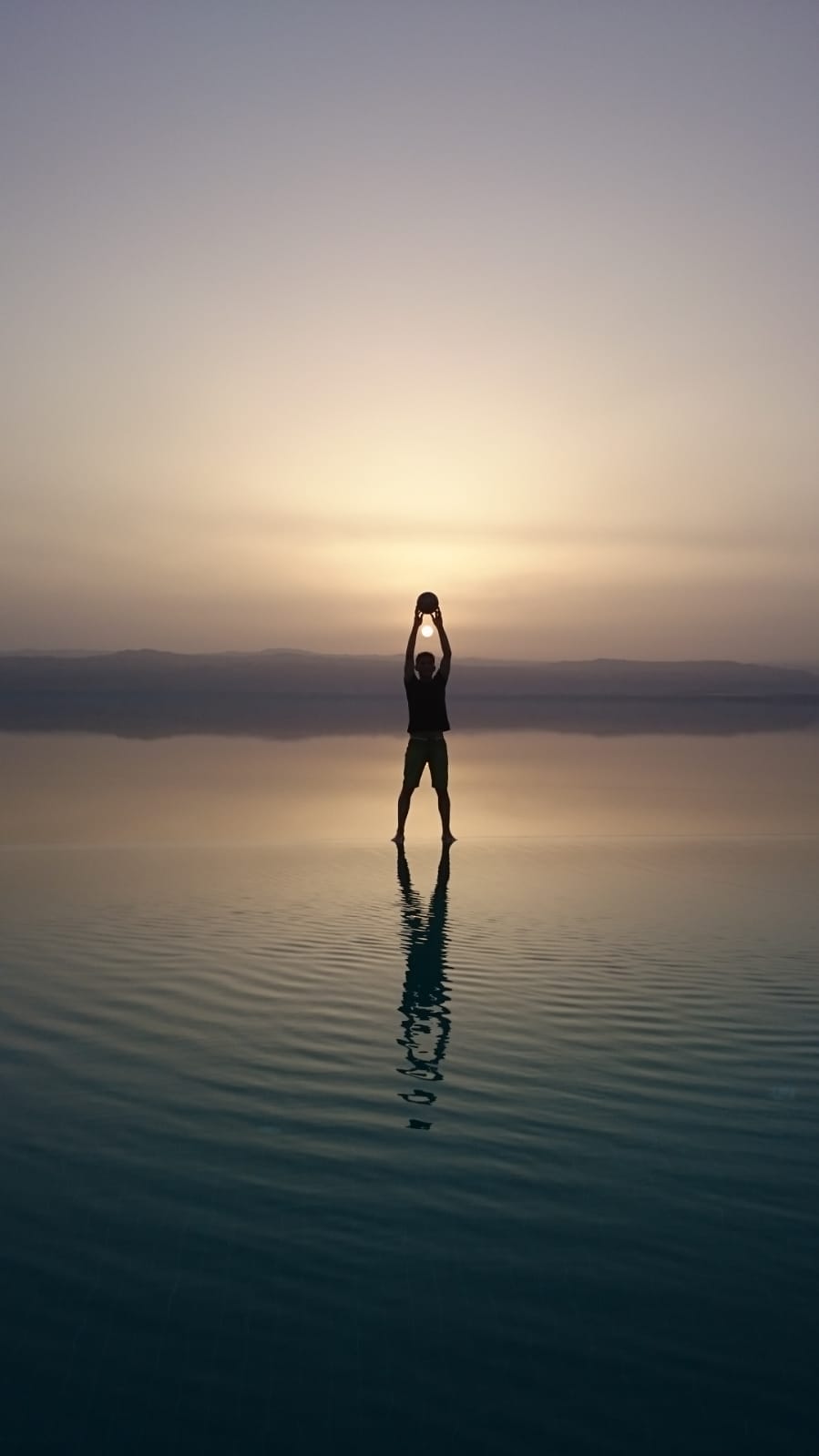 After a few days in the desert, we pack the car again, our memories enriched with those of Wadi Rum, the Dead Sea and many others…