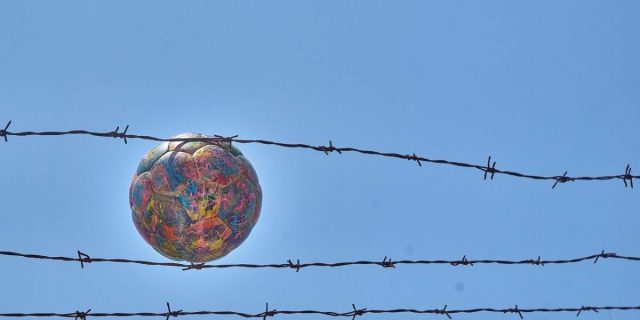 At the eastern-most point of the Mediterranean Sea, the Lebanese capital of Beirut, also called Paris of the Middle-East, was probably the liveliest place on our journey. A breathtaking week awaited us here.

The skyline reminded us of a southern European metropole: street canyons with modern facades mirroring charming older houses characterize a cityscape with alternating French and Arabic influences. Mosques and bars, hijabs and fashion advertisements contribute to very diverse impressions – Beirut is a city of contrasts. Our team of five unexpectedly expanded to include an old football buddy – Joaquin, a former exchange student from Buenos Aires, who had helped us in our 2014 University programme in Erfurt, and who has now made the trip all the way to Lebanon to join us. He wants to accompany The Ball on some of its journey stages and proves himself an excellent support. It’s as if he had never left.

Similarly to our goal in the Jordanian Refugee Camp of Azraq, our task is to train a group of multipliers and to furnish them with a repertoire of methods, which can function as educational tools. Values such as respect and a sense of community are significant for this train-the-trainers programme. They function as the smallest common denominator but are also the very basis for our methods. A sports youth centre on the outskirts of Beirut, with countless wooded hills, a swimming-pool, gardens, sports grounds and cozy community rooms provided us with the perfect learning environment. The cooperation with Mohammed and the QUDRA team was very fruitful. The Qudra Programme is a regional action financed by the EU Regional Trust Fund in response to the Syrian Crisis, the ‘Madad’ Fund and the German Federal Ministry for Economic Cooperation and Development (BMZ) seeking to strengthen resilience for Syrian refugees, IDPs and host communities in response to the Syrian and Iraqi crises. The programme is jointly implemented by the Deutsche Gesellschaft für Internationale Zusammenarbeit (GIZ) GmbH, Expertise France (EF), Spanish Agency for International Development (AECID) and Hungarian Interchurch Aid (HIA) in the programme’s partner countries Jordan, Lebanon, Turkey and North Iraq. We think that a wonderful partnership came about during this week, which we hope to continue in the future.

As so often in our workshops, we got a sense of the group dynamics in a game of fairplay football. Compared to other multiplier trainings, this one was special, insofar as there visibly already was a knowledge of sports and social pedagogy among the participants. Amongst them were professional football-players, referees and social workers. 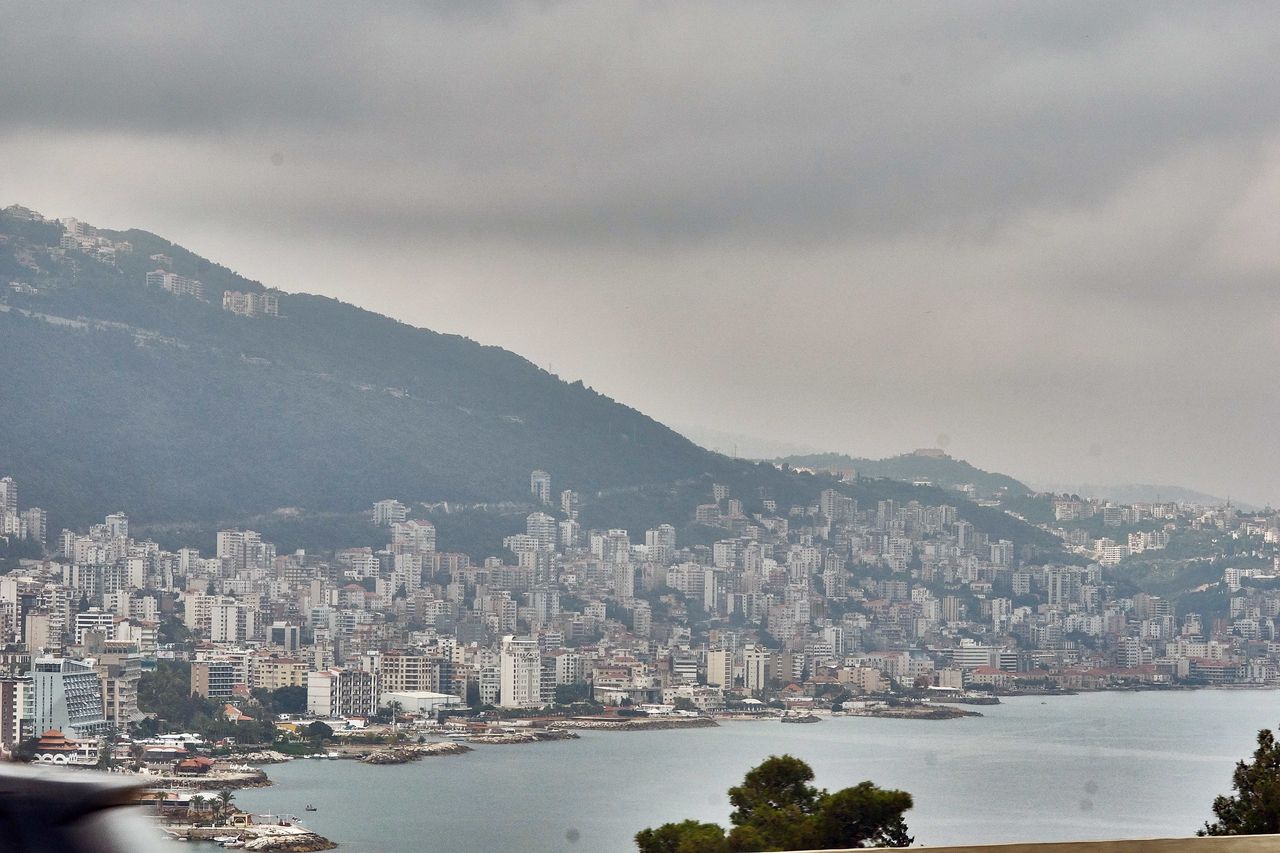 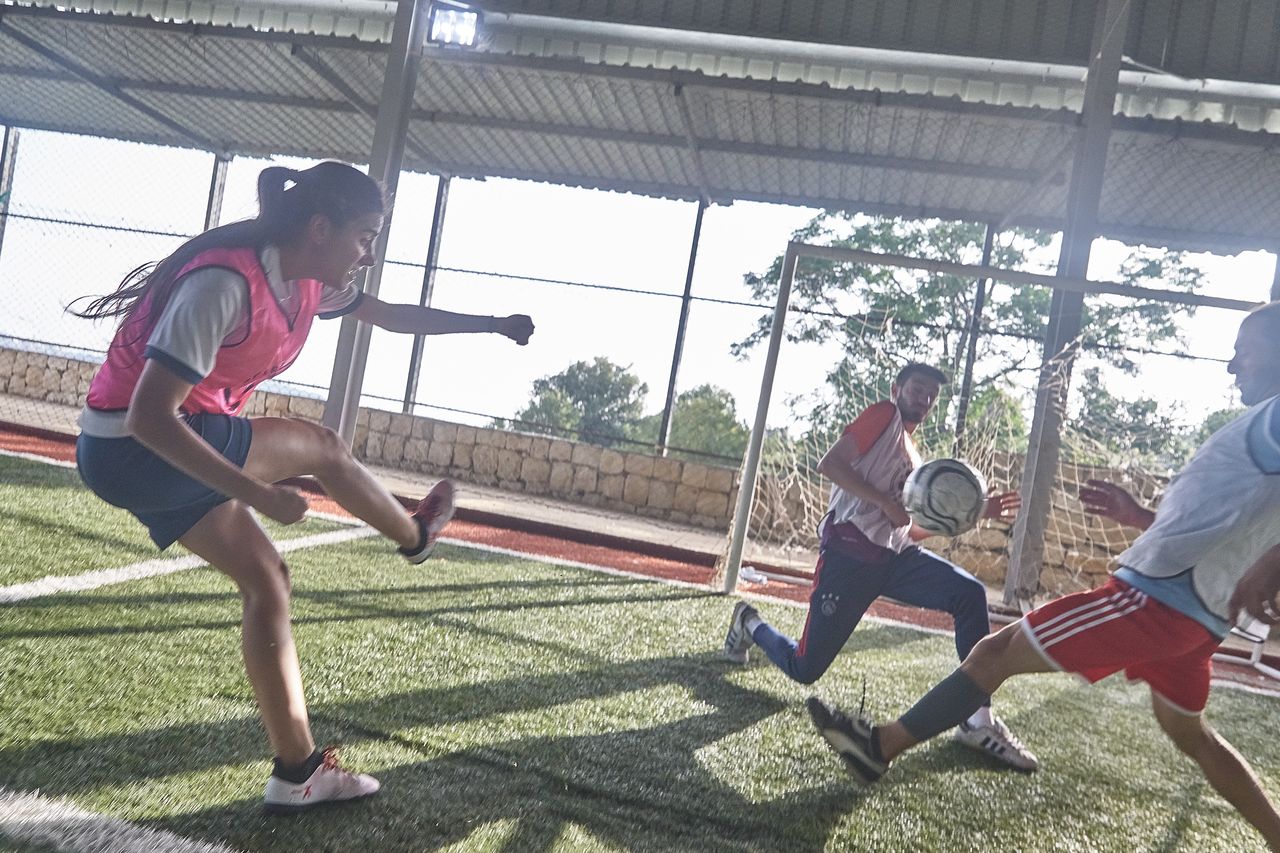 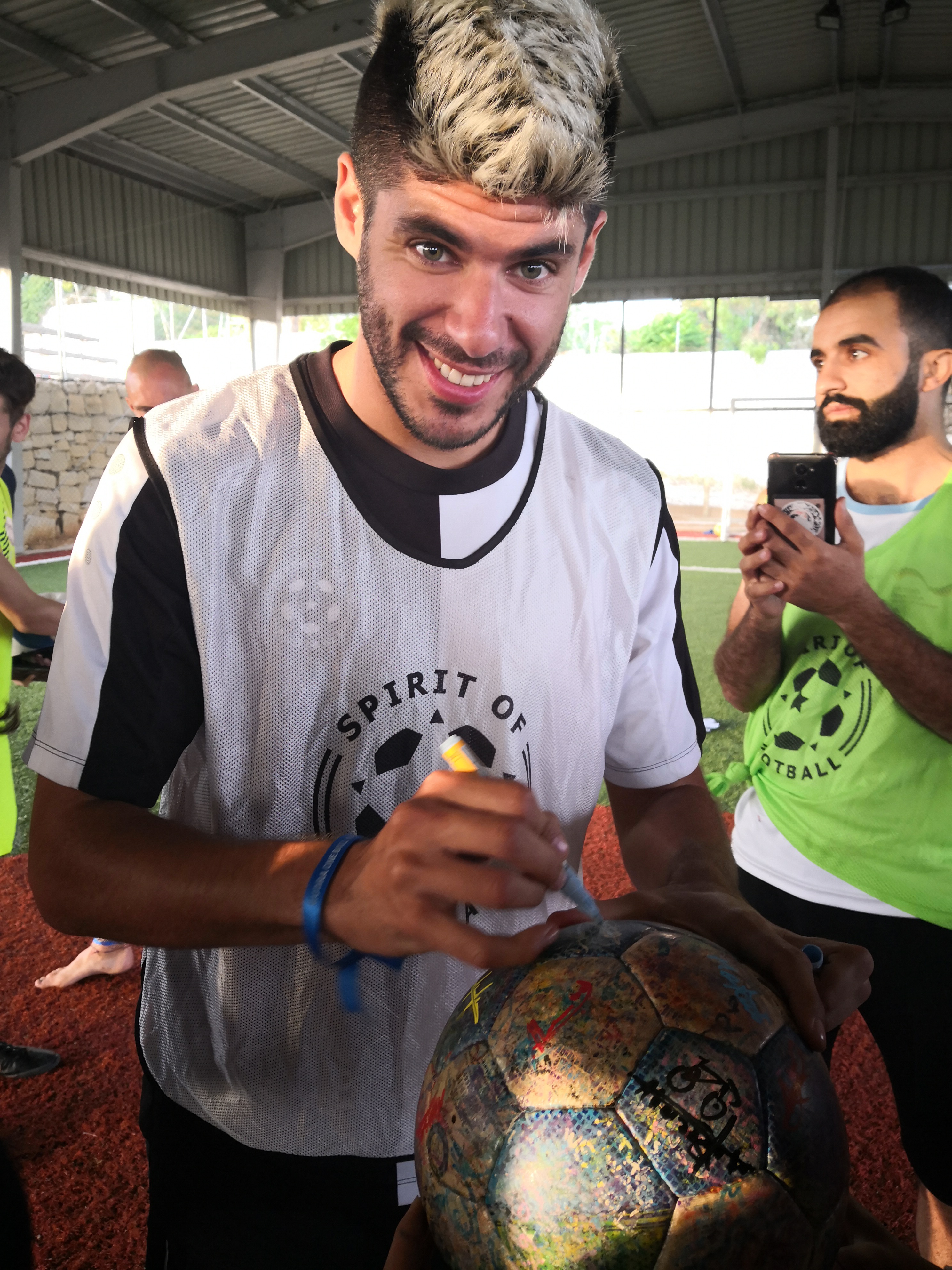 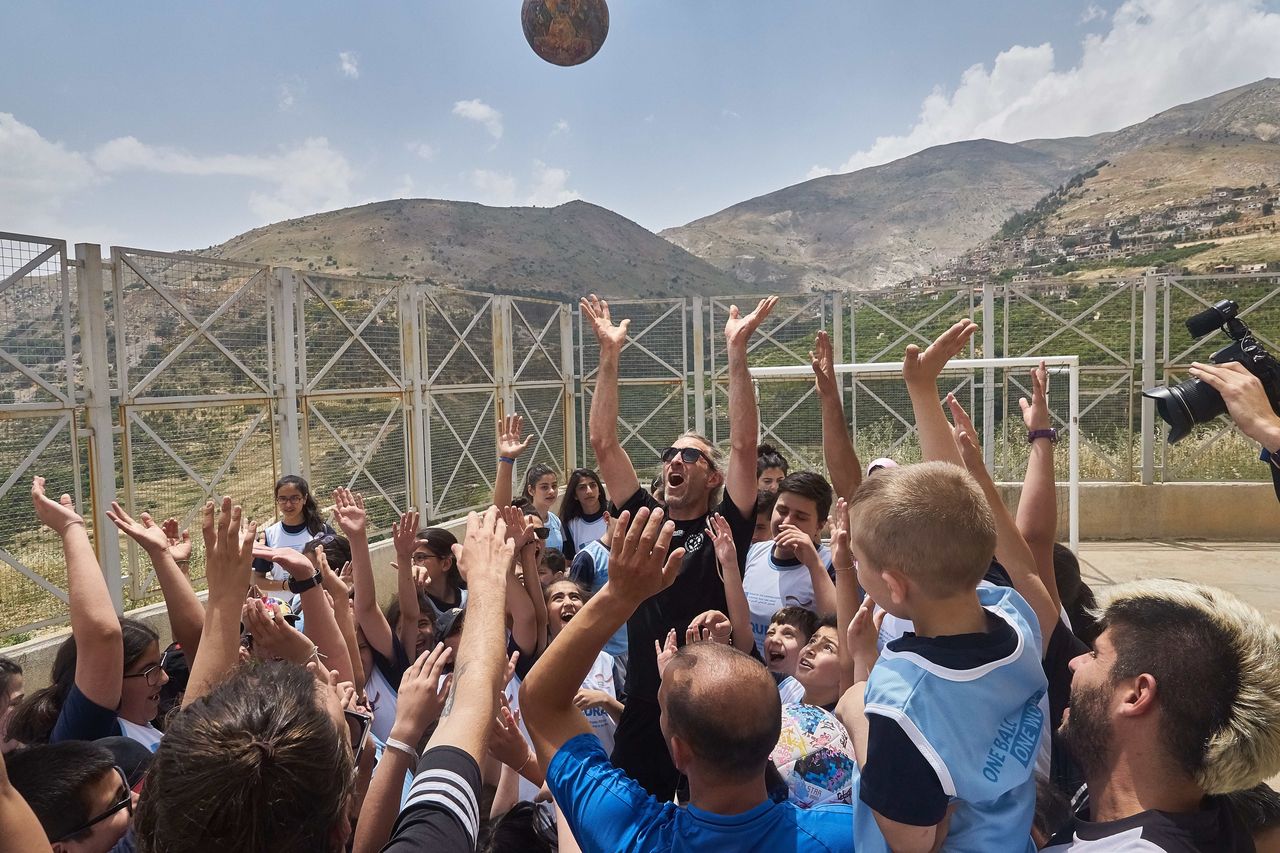 The Ball in den Straßen Tripolis 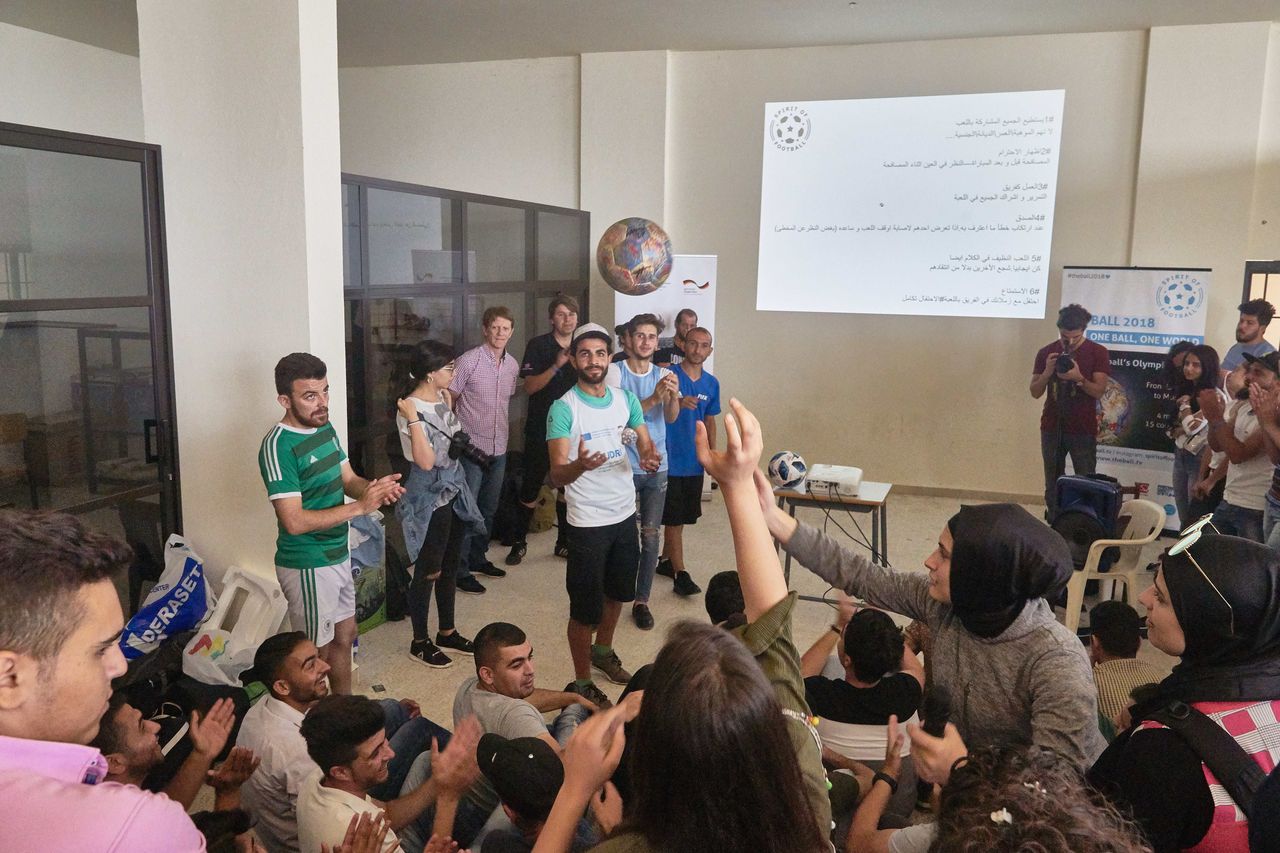 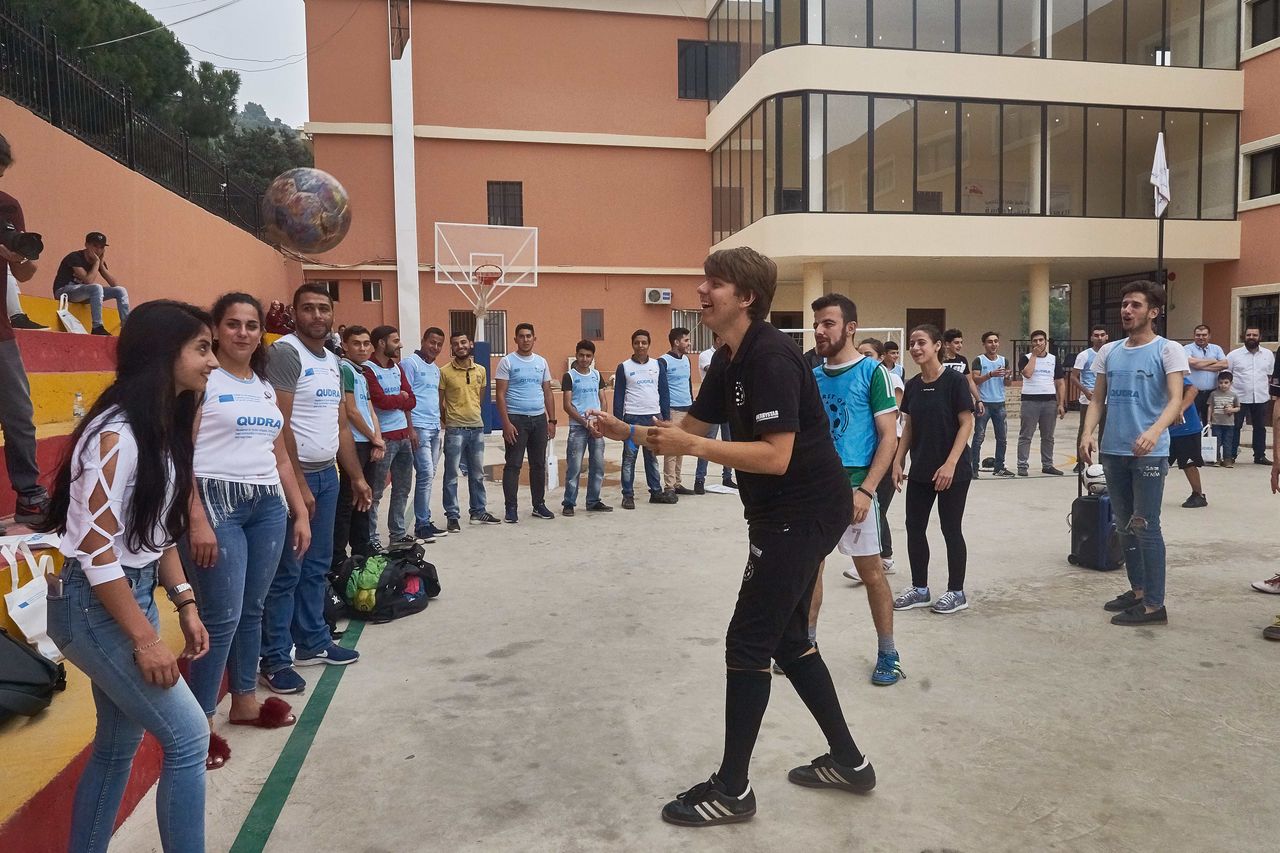 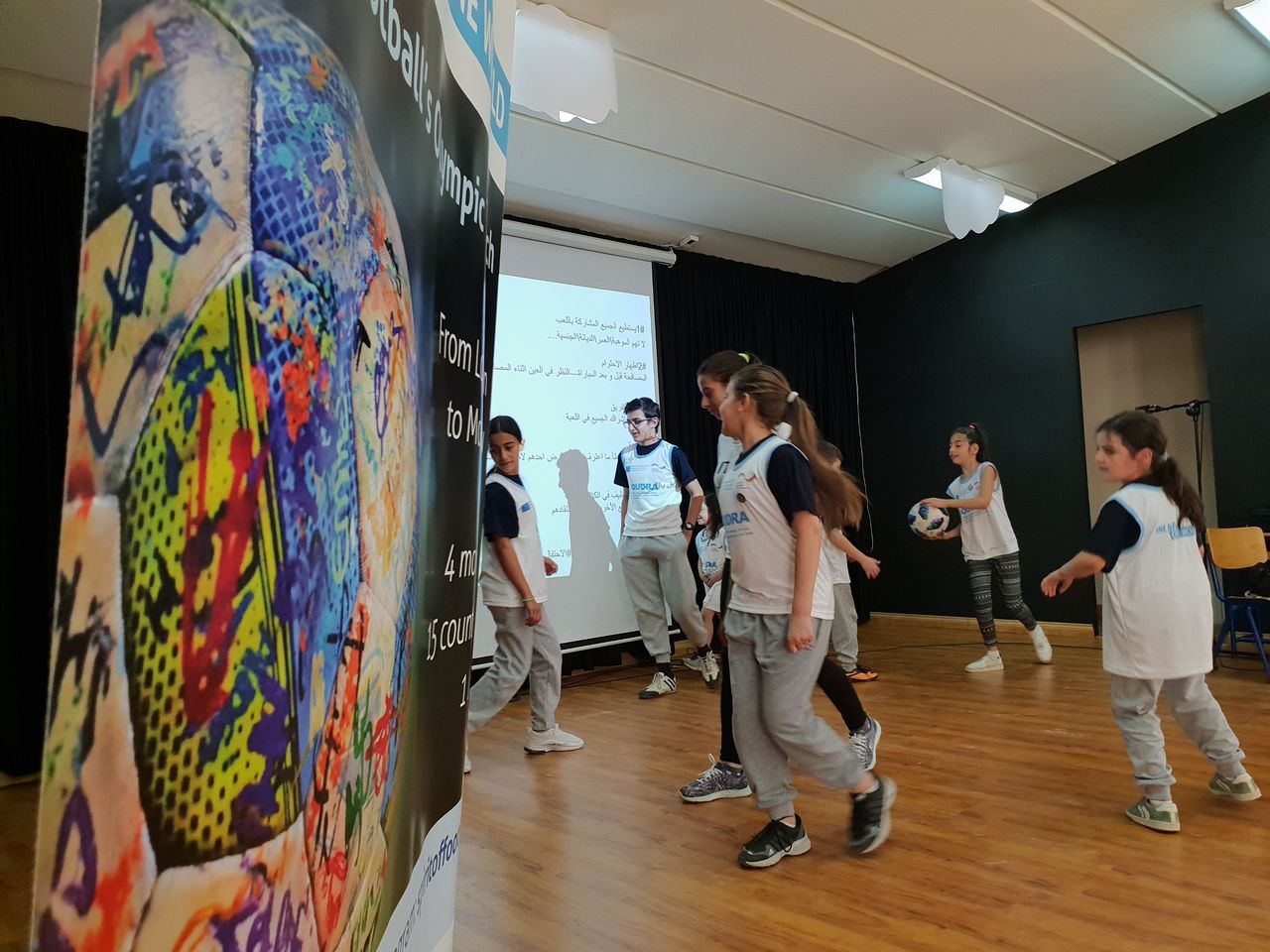 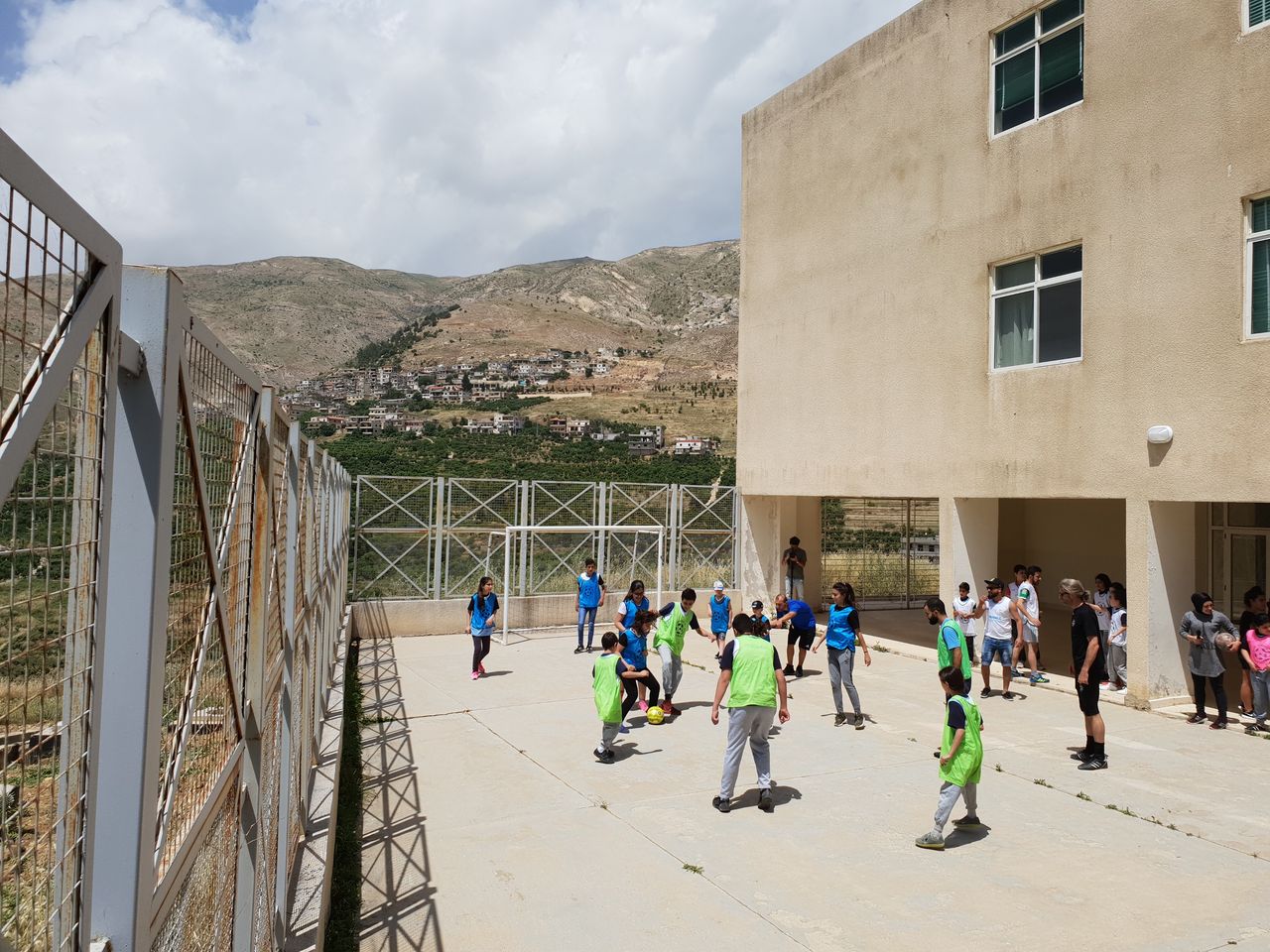 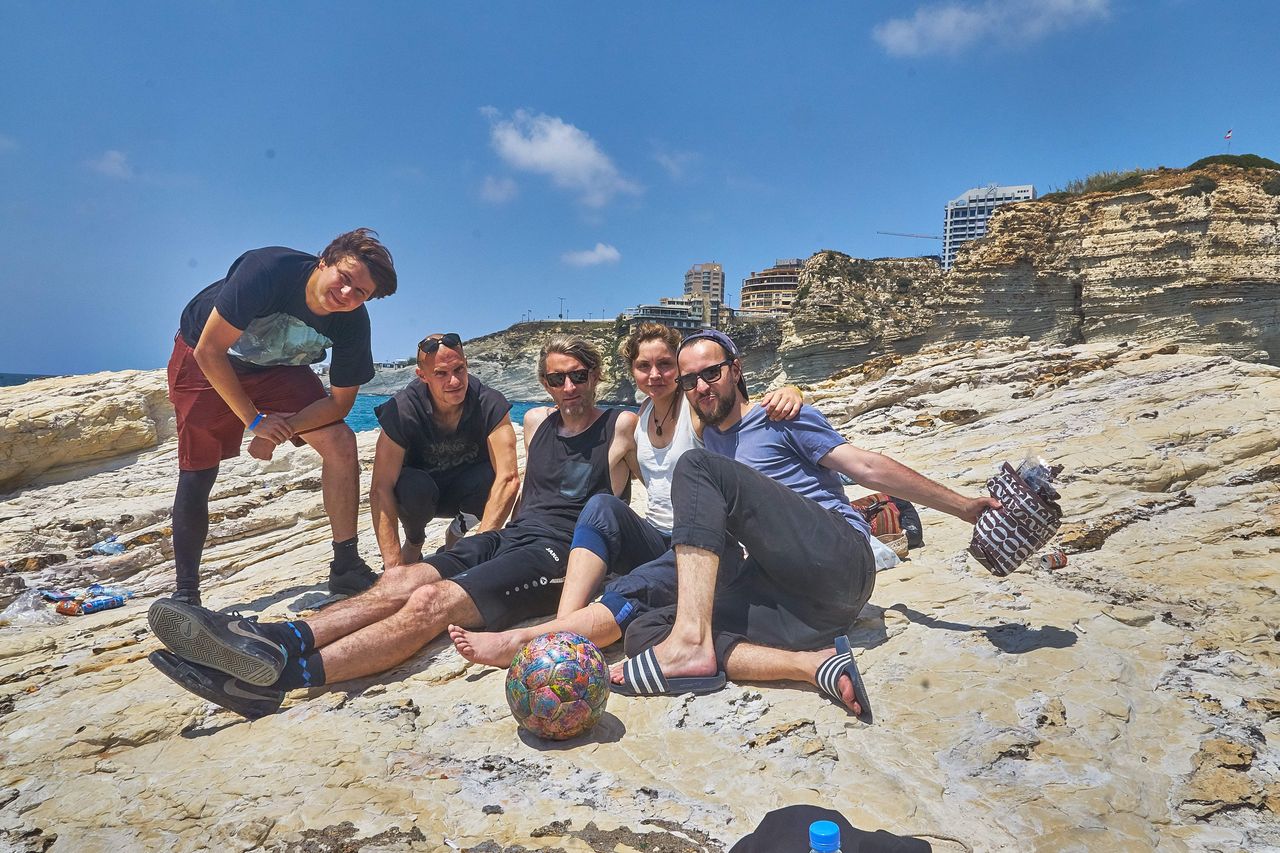 One of the aspects of a journey such as ours, with its complexity of press meetings, events and workshops, is that there are also quite a few cultural highlights, such as music, dance and magical encounters, to be had, as well as short, sleepless nights, which make it difficult sometimes to adequately fulfill the expectations we have in our training. But the second workshop day and the ensuing three school projects, in which our participants were the ones in charge and we only counseled them from the sides, by far exceeded these expectations. Probably it was this exact mix of organisational difficulties at the schools, the wonderful party evenings, intensive fairplay football sessions, Ramadan and the joy to communicate, which led up to such great results, positive atmosphere and generally successful workshops in Beirut.

One Ball, One World

QUDRA has put together a great little after-movie: