Project with students from the secondary school “Uroš Predić” in Pančevo, a small town near Belgrade. Uroš Predić takes part in the German PASCH-programme. PASCH stands for the initiative “Schools: Partners for the Future”. It already consists of a network of more than 1,800 schools, where teaching the German language has a special status. Our project in two Serbian PASCH-schools was supported by the Goethe-Institut Belgrad. We really had a lot of fun with the 23 kids, 15-18 years of age, in Pančevo.

At the beginning of the workshop Sven Soederberg introduced us and the association Spirit of Football.

He said: “We come from Erfurt!”

“ROT WEISS”, Miloš throws in, off-handedly. Sven, big RWE FAN ;-), is totally beside himself! Crazy! We arrive in a small town in Serbia and Miloš knows about the RWE, our third league club from Erfurt in Thuringia.

During the role-play everyone did their best to speak German and inspite of the different language levels of the students of two different German classes, the results were very funny and the kids learned some new vocabulary.

Borko, 18 years, about the project:

“That was very exciting. I am very happy, that we met you. It was a very nice day. While playing football we learned a lot about fair play and everyone was integrated. It was great to speak German, because we don’t often have the opportunity to speak to people from Germany. I have an uncle and an aunt in Germany and perhaps want to study there one day.” 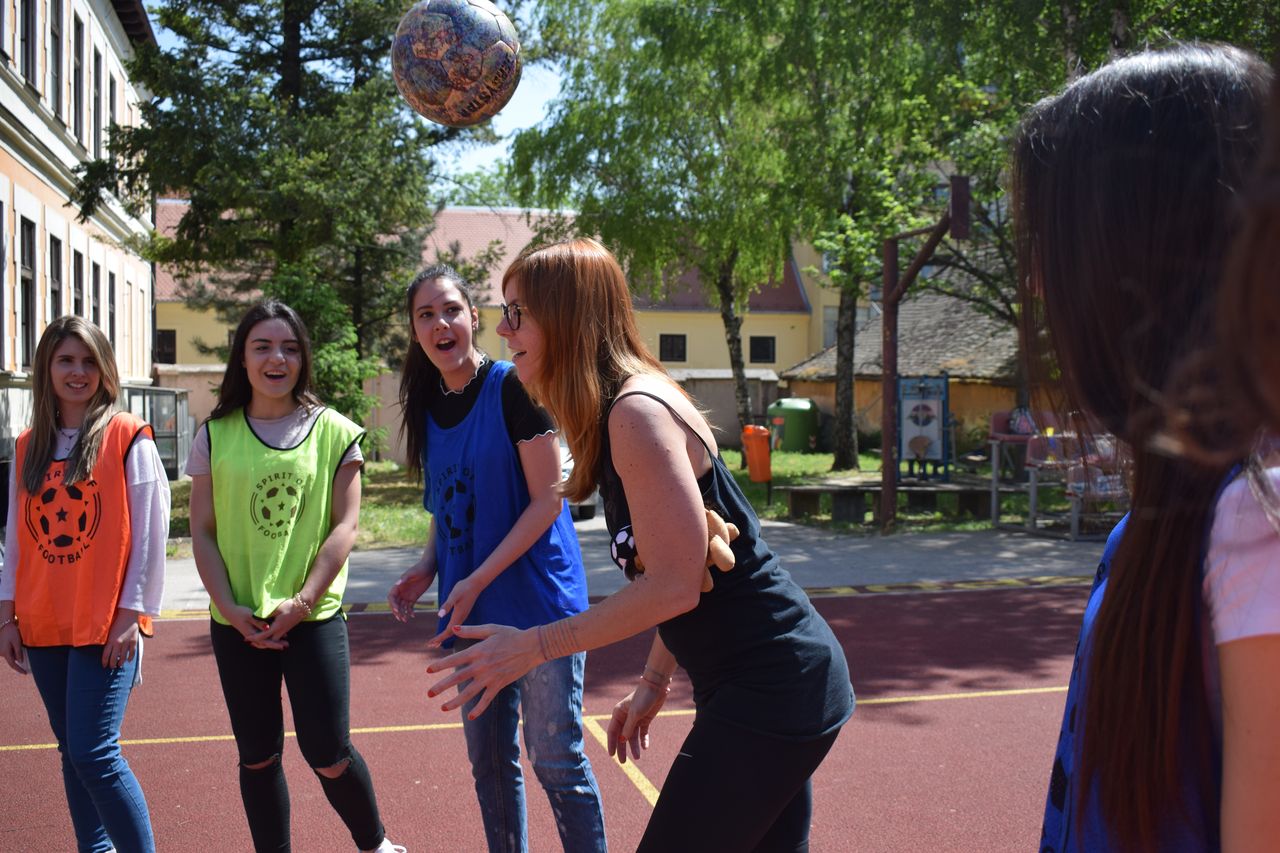