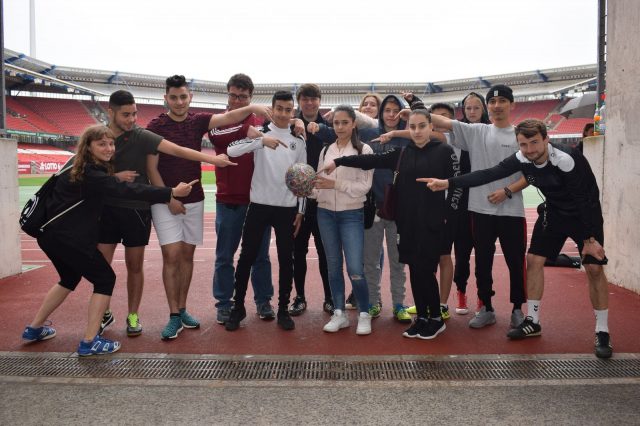 Who is in-the-know about the history of German football? Well? Who was Max Morlock?

The weather isn’t quite as it should be

Andi König, the person in charge of the initiative Lernort Stadion e.V led us over the holy octagon in the rain – this is the only octagonal stadium in the world. We had received permission to play football on the tartan track of this sports temple. Would this still be granted to us?

It is Friday the 13.! And it’s beginning to rain buckets.

Will our fair-play football-game be rained off today?

Will we have the same fate as the 1st FC Nürnberg 10 years ago in the game against VFL Wolfsburg after 45 minutes? Abandonment of the game!

Back then helpers tried for an hour to make the completely soaked field playable again. Jürgen Drees, the referee then decided to break off the game. We decide the contrary and seek refuge in the South stand. 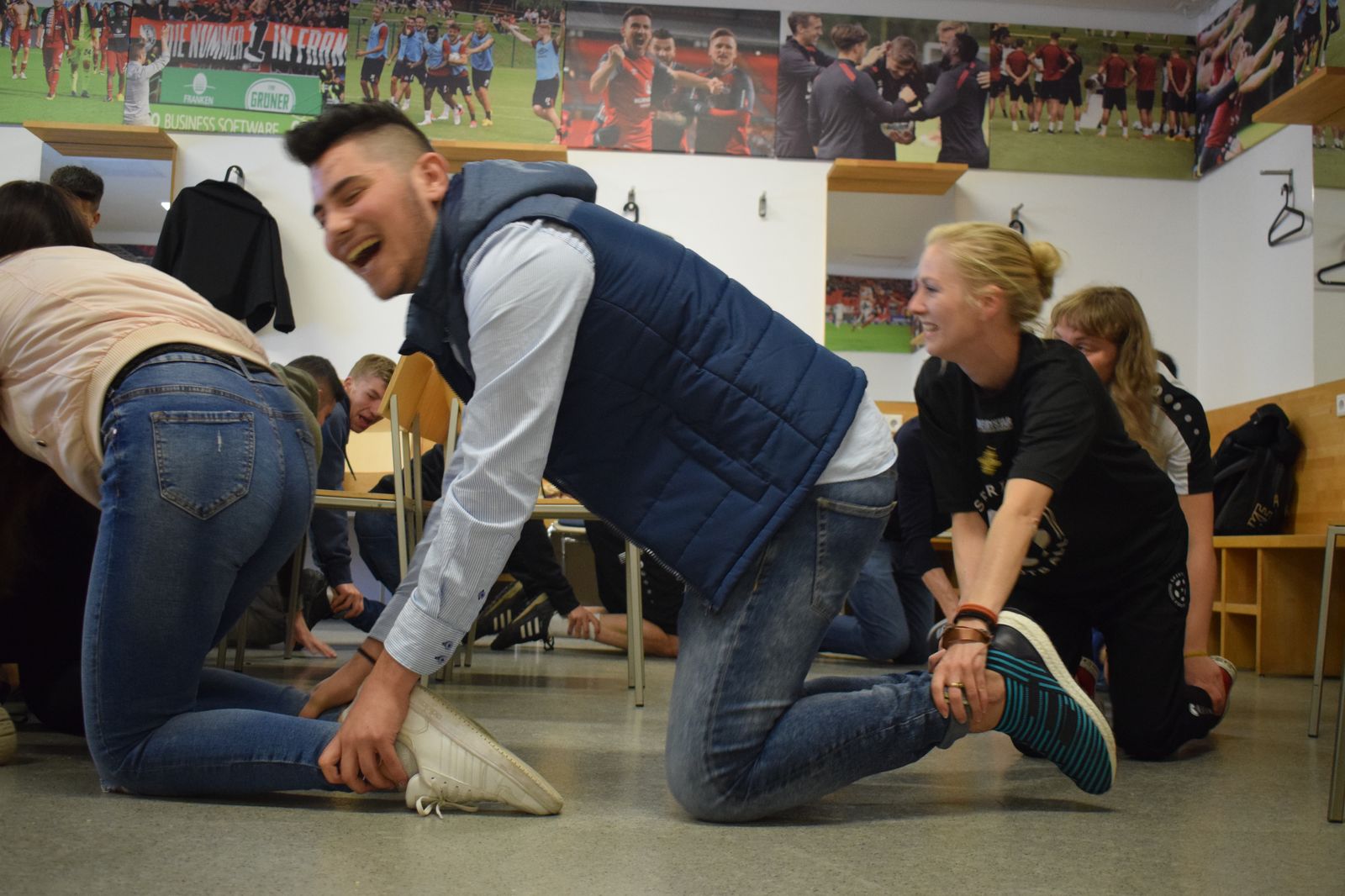 In our dry shelter we play a round of fair-play football with Tobias Werner, who is under contract with the VfB Stuttgart, but is temporarily on loan to the 1. FCN.

Goal!!!! Franzi shoots a goal – which is to be celebrated! 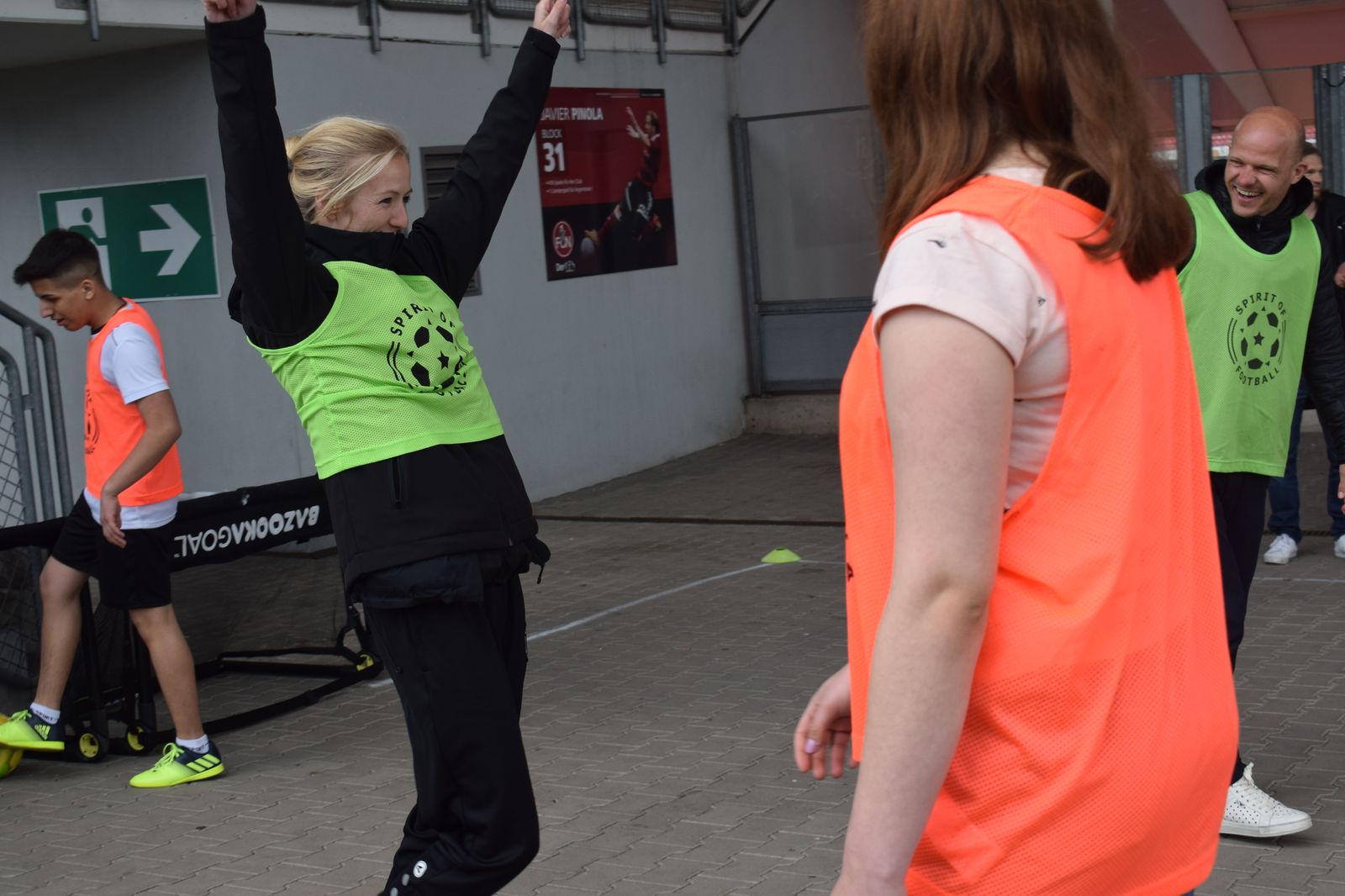 CRAZY FANCULTURE!!! What do Nuremberg fans do in the stadium at night?

Barbecuing. And the 13 became a lucky number when, in 2013, 12 fans spent the night in beds all around the central pitch. At midnight of course there were ghost stories.

We also struck lucky on our Friday the 13th, as Saint Peter in the end kicked all the rain clouds from the sky.

Pictures of the day: 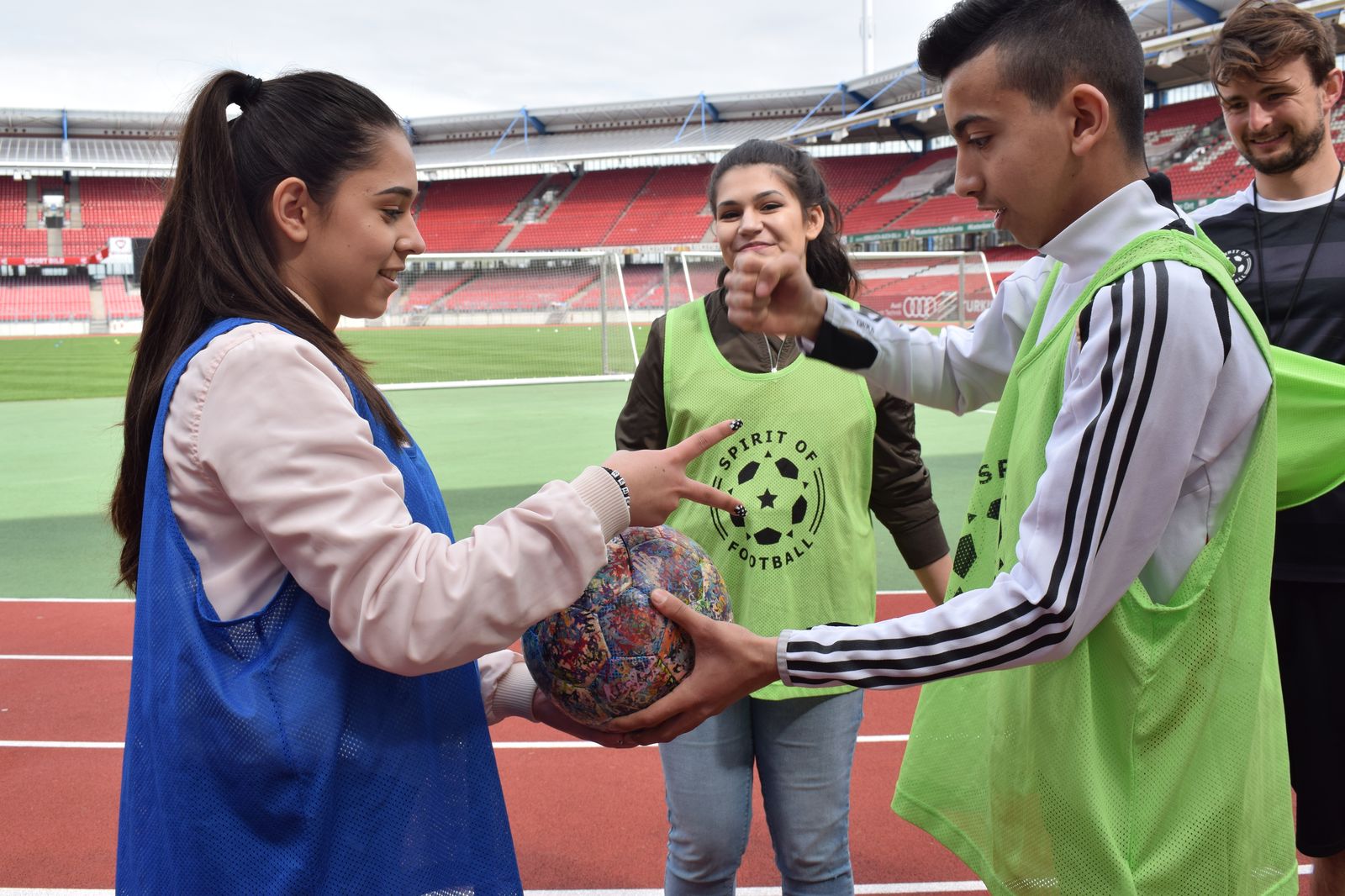 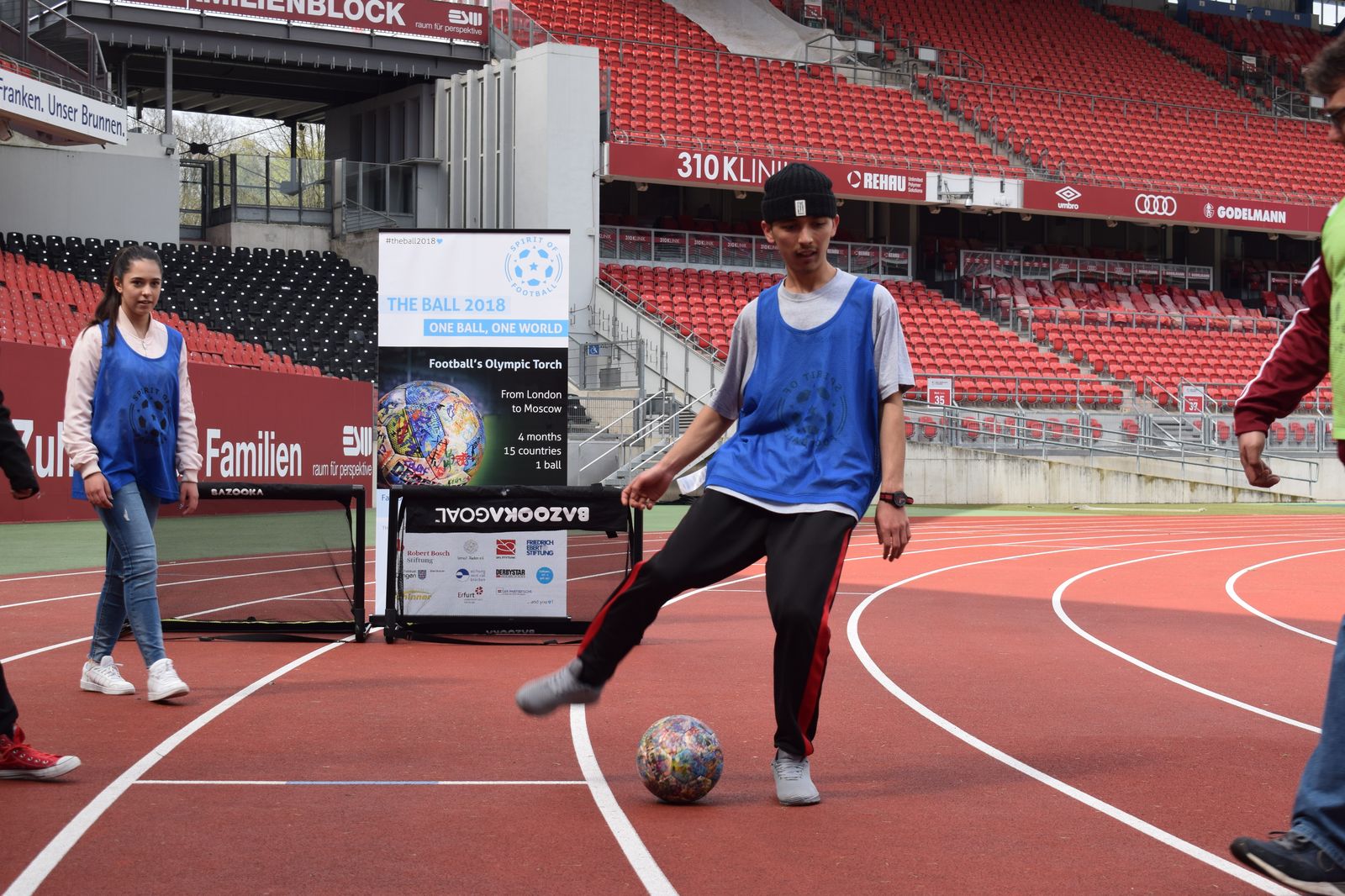 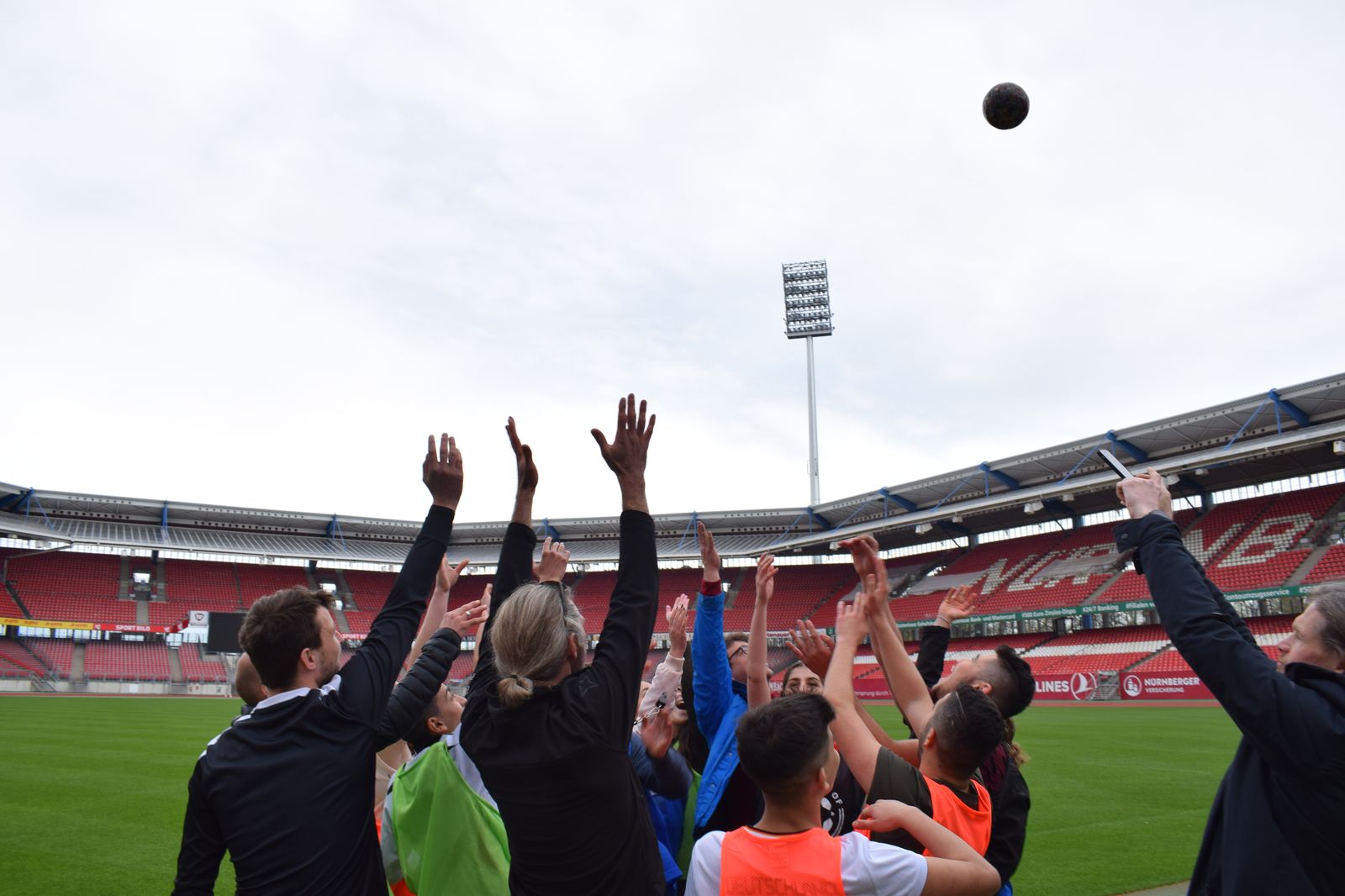