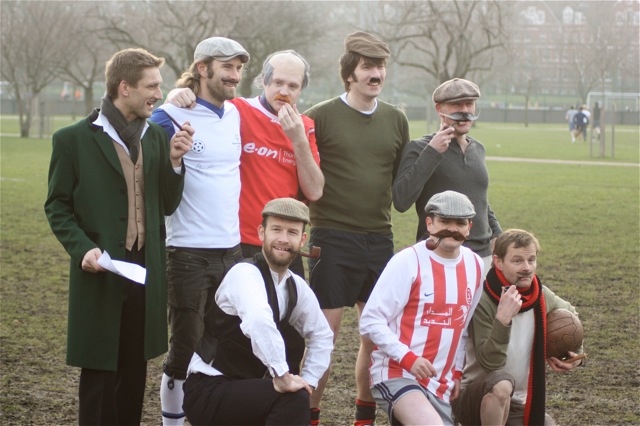 Every four years, The Ball leaves for the Opening Ceremony of the Football World Cup from Battersea Park, London because, on the 9th January 1864, the very first official game of FA rules football took place there. 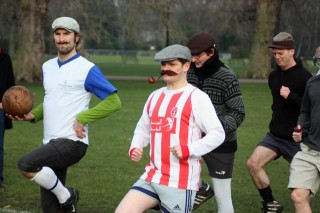 It wasn’t the very first game played by the newly–agreed rules — some of the signatories to the FA’s founding charter couldn’t wait and played a game in Mortlake on the 19th December 1863. Barnes and Richmond played out a 0-0 draw and Richmond, it seems, were so disillusioned with the experience that they eventually signed up to the Rugby code instead.

But we celebrate the match in Battersea Park because it was the first official encounter, not just a practice match by some impatient players eager to get a feel for the game under the new rules. From what we have learnt, the Battersea Park game was the showcase celebration of the new Association Football. The match was played between teams of well–known players selected by the President (Arthur Pember) and the Secretary (Ebenezer Cobb Morley) of the FA. 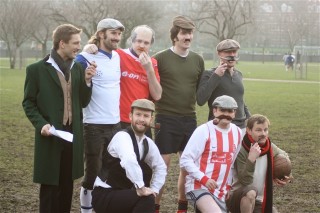 The game ended 2—0 to the FA President’s XIV, with C. W. Alcock, the Lionel Messi of early football, scoring both goals. And yes, the game was 14–a–side because the number of players was decided by the captains at the start of the game. It wasn’t until considerably later that the rules settled on the present 11–a–side arrangement.

One of our missions for celebrating the 150th anniversary of that match in Battersea Park is to try and locate the closest living relatives of those who played in that historic game. The Association of Football Statisticians has published a list of the players names and we’re beginning the process of tracing their ancestors. If you think you can help, we’d love to hear from you, so please get in touch.