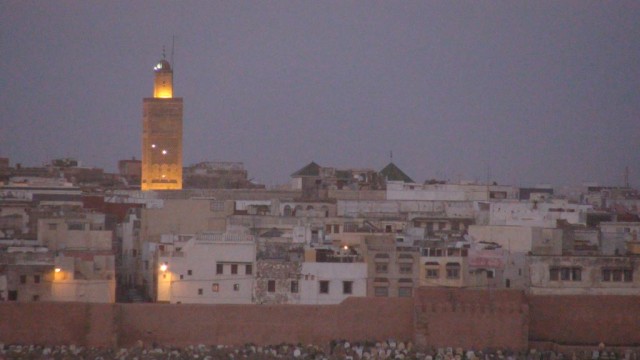 We are sitting across the road from the medina entrance in the rather souless modern centre of Rabat, sipping strong double expressos and checking email, having been attracted by the “Gratis Wifi” sign out front.

Andrew strikes up a conversation with his neighbour.
“Do you like football?”, he asks. The man certainly looks like a footballer, dressed as he is from top to toe in sports apparel.
“Everyone in Morocco likes football”, comes the reply.

It turns out that Hassan’s life revolves around football. Not only was he a professional footballer, but he was a former national team player. Now he’s a goalkeeping coach for the Real Madrid Academy, based in Rabat. 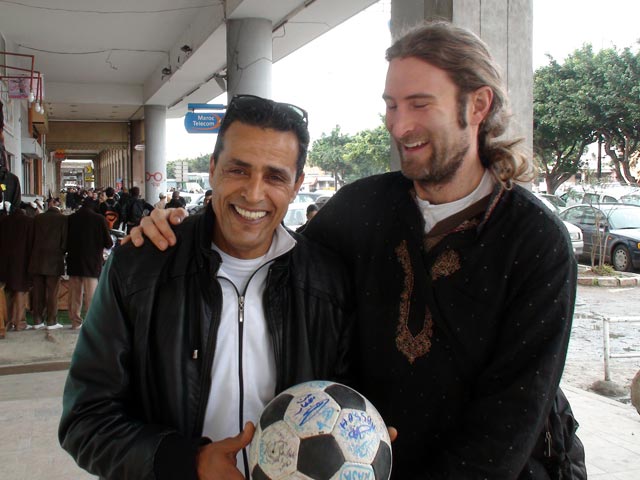 The next thing we know he’s on the phone to his friend — coach and famous Moroccan football commentator, Hicham Jdran. Jdran is in a hurry. He has to get to a game where he will provide the expert analysis for Morocco TV1. He signs The Ball in his car at the stop lights, gives us the thumbs up and is off. 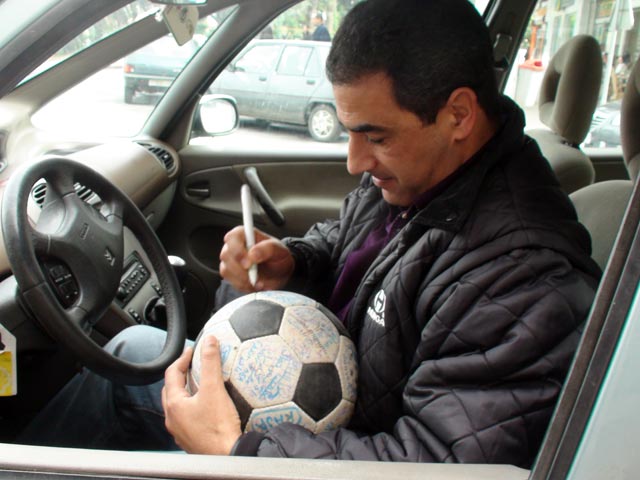 The Ball seems to magically draw people into its orbit. We don’t know how this happens, but we like it.