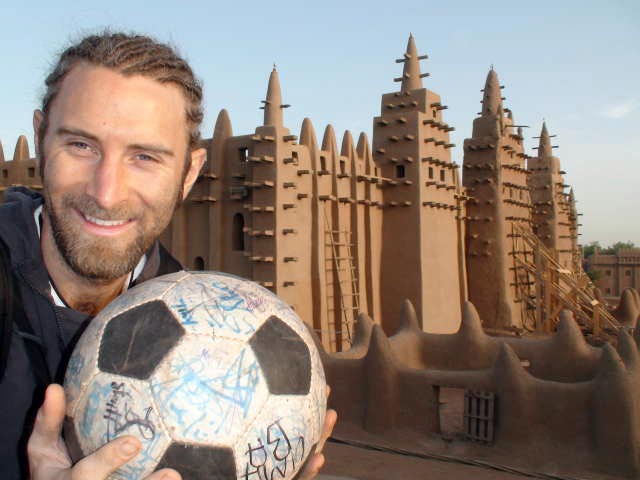 The Ball at the Grande Mosquée in Djenné

We were told the best way to see the mosque is from a vantage point in the early morning as the sun rises. Our alarm rings at 5:30 but Phil is already awake. We get our gear ready and head off to check out the view. Imagine someone banging on your door at 5:45am, asking to go up on your roof. What might you say to them? Well, our banging certainly wakes someone up. But this young man is more than happy for us to tramp through his house and on to his roof. And what a view awaits us!

Roof with a view. Andrew in front of the Grande Mosquée at first light.

Non muslims have been banned from the mosque for years, after one tourist ran amok with cameras. Despite being offered tours by various guides, we decide not to break the law. 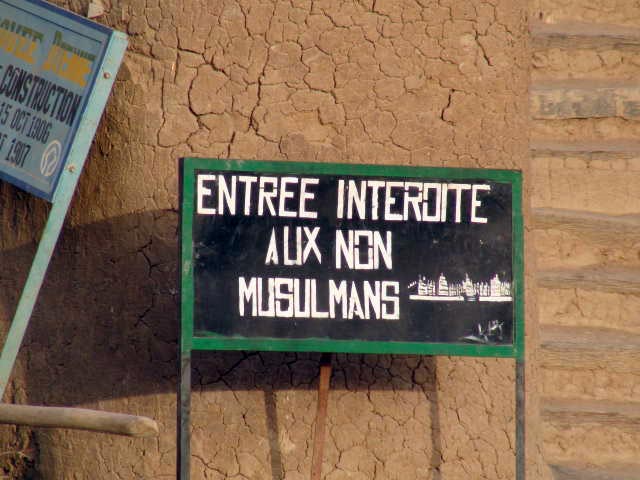 No entry for non-muslims

Instead, we organise a meeting with a Marabout, a person whose role somewhere between Islamic teacher, Sufi mystic and a pre-Islamic shaman. We explain to him what The Ball is about. He quickly understands its mission. 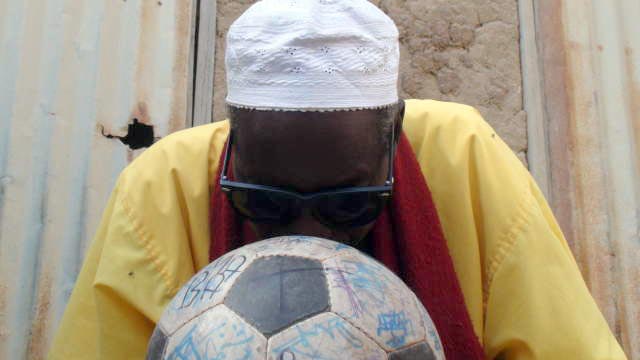 Contrary to mainstream Islamic doctrine, in Mali, these Marabouts pretty much rely on donations in order to live. So we tip him accordingly and The Ball is ceremoniously handed over. The Marabout seeks out the inflation hole where the pump goes in and quietly, solemnly delivers a benediction. 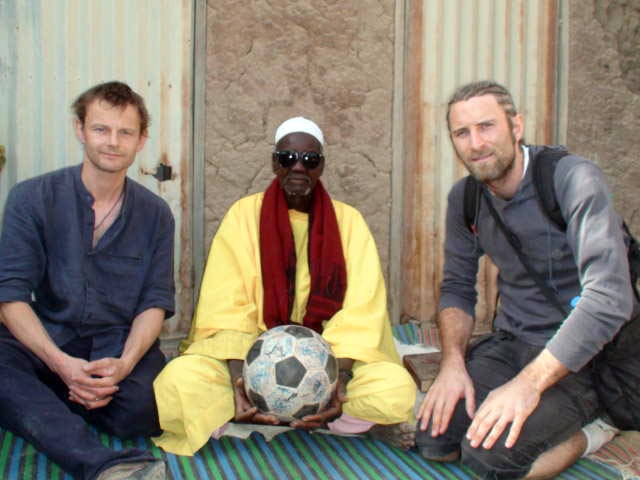 We are surprised by our heart-felt appreciation of this simple performance. Sometimes, just sometimes, when neither drowns the other out, words and actions can become a harmonious whole.