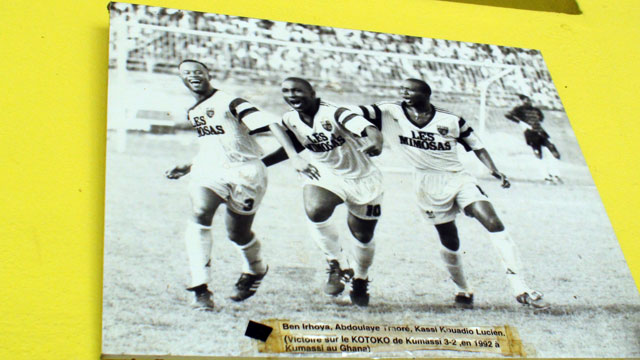 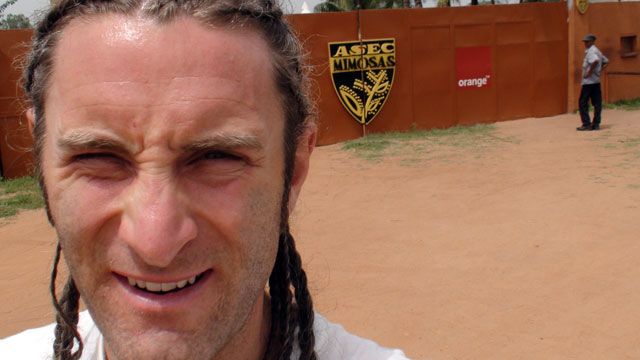 Andrew squints in the sun outside the club

ASEC’s youth academy is world famous and has produced some of the greatest footballing talents of the modern era. The 25 would-be footballers, aged between 12 and 17, are given a thorough education, including classes in maths, history, geography, French, English, and Spanish. They live at the academy in dorms from Monday morning until midday on Saturday and they have two football training sessions a day with expert coaches who teach them how to play beautiful football.

We are given a guided tour of the academy by Benoit You, Director of Marketing and Communication who tells us that “it is very important for the players to go home once a week, because here they are in a paradise but it is very dangerous. When they are here every day it is very different from the reality. They can forget where they come from.” These lucky, talented kids are receiving an excellent education and if they don’t make it as footballers they have a very good chance of succeeding in the game of life. 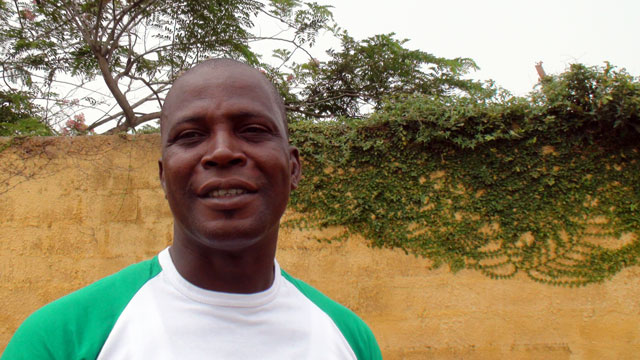 Benoit You of ASEC Mimosas

The club’s first team is the most celebrated and successful in Ivoirian football history and has been utterly dominant in the last 20 years. ASEC’s philosophy is to play the beautiful game with a strong emphasis on passing and to give young players the chance to shine. The average age of the current first team is just 19 years old. The other teams in the professional league are much older (and much more physical) but ASEC is the most successful.

The list of alumni of the ASEC Academy is a testament to the success of this philosophy. It reads like the team sheet of the Ivorian national side as it includes Kolo Touré, Solomon Kalou, Didier Zokora, Yaya Touré, and Emmanuel Eboué — all of whom are now starring in top European clubs like Arsenal and Barcelona. Indeed, ASEC has provided the backbone of the national team for many years.

“We develop them. We give them a chance. This is the philosophy of the club”, says You.

Playing and having fun are part of this philosophy of the football here. If you have have fun on the field you can win games. Try telling that to so many of the aggressive coaches plying their trade around the world. The Ball likes this idea. FUN = Football Unites Nations.