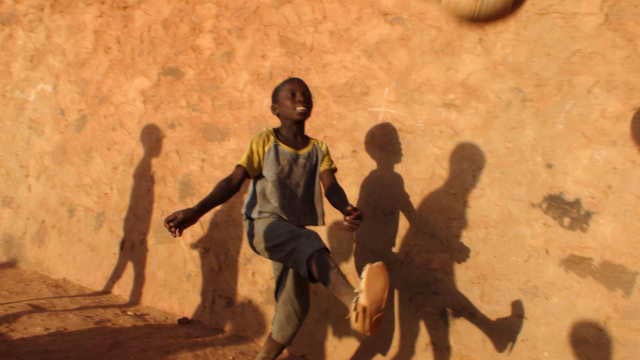 Once the funeral ceremony that we witness in a small village on the road to Tely comes to a close, we have just enough time before we head onwards to organise a quick game of football in the street with some of the Dogon children. 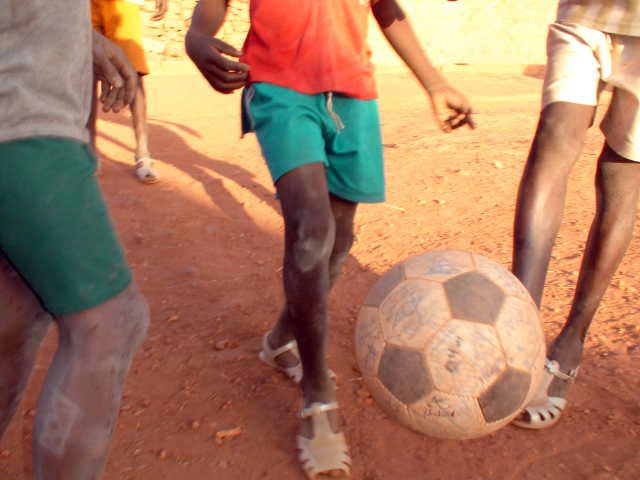 Dogon children get a kick out of The Ball

As is so often the case, it is the local children who warm most quickly to The Ball. We try and explain as best we can that The Ball is heading for the World Cup in South Africa — as usual, this brings big smiles to everyone’s faces.

A child kicks The Ball along the “touchline”

Every kick takes The Ball a little further towards its goal. Every person who kicks it gives The Ball added momentum. And every place The Ball passes through receives some memory of that moment. This may be a game — but it is most definitely not a zero-sum game. 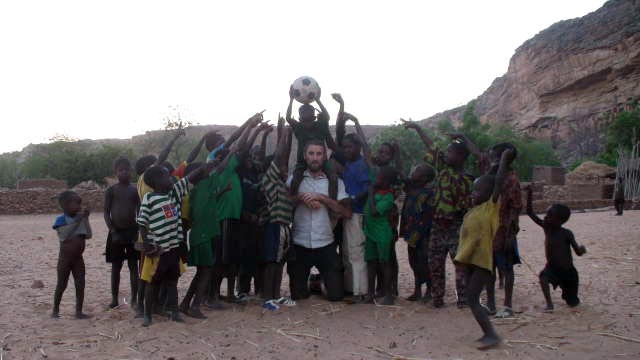 Andrew is overwhelmed by the children’s enthusiasm