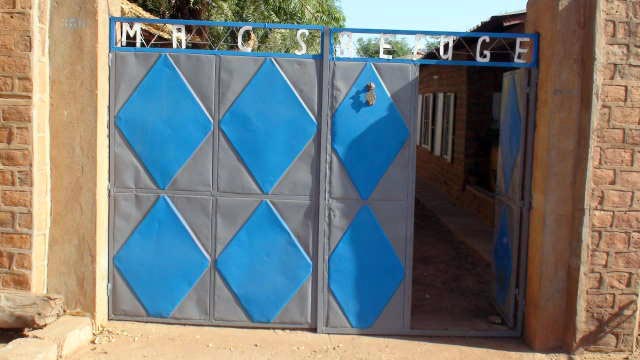 We are dropped off at our accommodation, Mac’s Refuge on the outskirts of Sévaré. It’s been quite a day thus far. Djenné had been all we hoped it would be and more. We’d even found transport and had fun travelling with 11 people and loads of luggage in a 1980s Peugeot station wagon. We have made new friends and they are happy to drop us off: door to door service!

The entrance to Mac’s Refuge in Sévaré

Another bonus: we are sleeping outside under the stars on the roof tonight, with only a mosquito net separating us from the bright stars and the huge, clear African sky. Mac’s Refuge is not just any place. This little oasis in the blazing Malian bush is serving authentic Indian curry for dinner with ice cream for dessert. And tomorrow morning, pancakes with maple syrup, real muesli and home-made yogurt are on the menu. What a treat. And, Mac’s has wi-fi too. Here we are out in the middle of nowhere with all of the luxuries of home. Yes, we’re really roughing it out here in the Malian wilderness. 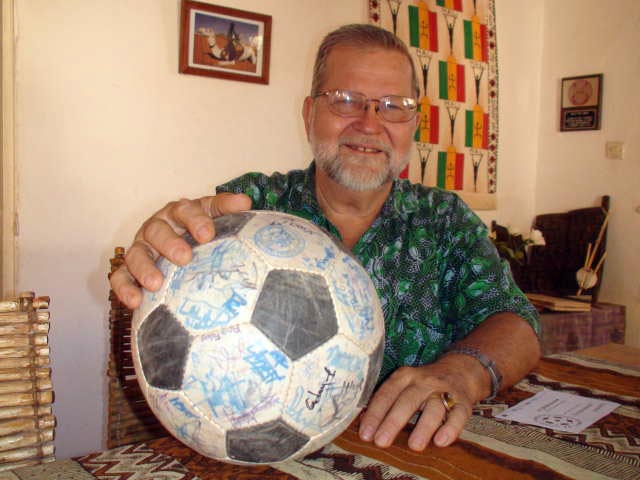 Mac, the founder of Mac’s Refuge

Mac is both an American and a Malian. Born to American missionary parents in Sanga, Mali in 1941, Mac spent his first 14 years growing up in Mali’s beautiful and famous Dogon region. After going back to the US for high school and university, Mac returned to Mali and has been here ever since. He’s a fascinating character and has a wealth of local knowledge, speaking two local languages like a native — well, in fact, he is a native. If you are vsiting the Dogon Country, we highly recommend that you stop off at Mac’s Refuge, tap into his local knowledge and enjoy the cuisine. But don’t be late to the dinner table, dinner is served at 7 o’clock if you are there or not. Don’t keep Mac waiting!