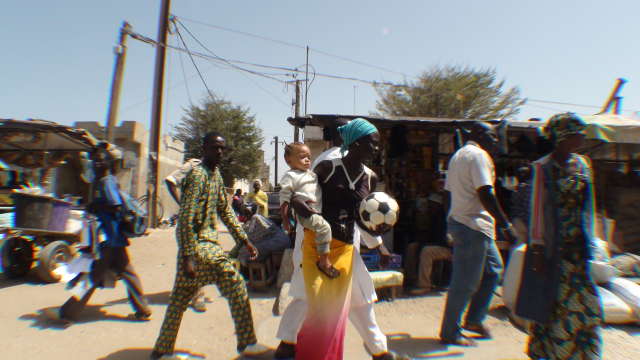 We are preparing ourselves for a rough visa ride. We’ve heard many stories about African bureaucracy done with a good helping of “Africa time” at exorbitant prices. We are on our way to the Malian Embassy in Dakar.

The Ball is carried through the streets of Dakar

At this stage we haven’t a single African Visa. “Have we got all the necessary paper work?” we ask ourselves. DHL have prepared a letter of invitation, signed and stamped by the head of DHL in Mali. That should help. Bashir from DHL is with us — he speaks French fluently, is a persuasive talker and has done a lot of work to prepare the ground for us.

“I called the British Embassy, they said that a letter of support from them is necessary,” Richard says. “Bypass that lads: they’re only drumming up their own importance,” he advises.
Thanks Richard, advice taken.

We walk in with The Ball, not knowing what to expect. Phil and Bashir explain the situation in French. The woman in charge of visa applications wants to know more about The Ball. 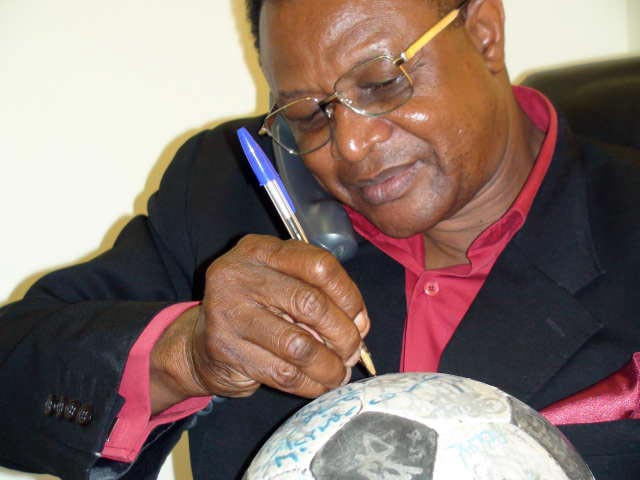 The Chef de Protocol at the Mali embassy, Dakar

A few minutes later, the Chef de Protocol invites us into his office. His phone rings. He’s talking about important things — like bed linen. Bashir, looking nervously at his watch, whispers “we have a meeting with the Minister of Sport in 10 minutes, 20 minutes across town”.
Bashir’s phone rings 3 times in the next 5 minutes, but not once does he answer it, respecting the Chef de Protocol who casuallly signs The Ball whilst continuing his phone call.

Suddenly, as he reads our letter of introduction, the Chef is all ears and frantically scribbling notes.
“So, you are meeting the President and the Prime Minister, the Mayor, the Governor?” The situation sinking in. “Moment. Moment please.”
He’s on the phone to the Ambassador, eyes shining now. She wants to see us right away.
“Sorry,” we say, “we must leave this minute. But we’ll gladly meet her tomorrow when we pick up the visas.”

Its all smiles as we exit, running out through the official front door.