Andrew Aris gives us a sneak preview of The Ball 2010:

Tags: Todo Aleman
Posted in The Ball | No Comments »

All present and correct 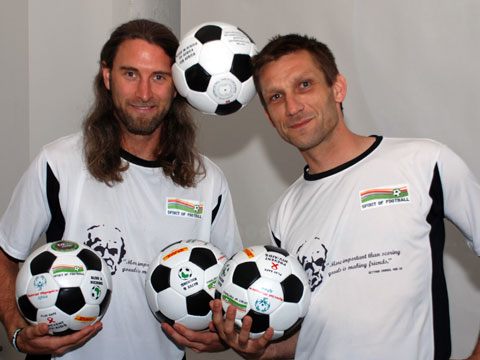 Andrew and Christian present The Ball

All present and correct: Phil attends via Skype

Thanks to everyone who came along and our special thanks to Michael Höfig and the Goethe Institut of New York for their warm hospitality. We look forward to working with you.

The Ball is going to be an official part of Todo Alemán‘s launch in New York City on Friday August 28th, where The Ball’s partners to date for the 2010 journey will be named. 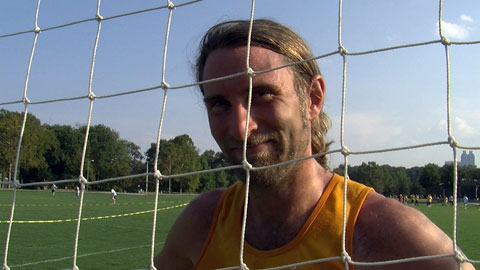 In September, The Ball will again be a guest of the Goethe Institut — this time in Berlin for the Languages without Borders event.

October 16th in Erfurt’s Thüringen Halle: Our counterpart, Spirit of Football e.V. is organsing a youth football event that will be the highpoint of a week long international youth football culture exchange. The Ball will be the special guest of honour.

A look at Morocco

Al Mole, a good friend of The Ball, told us about his recent foray to Morocco: 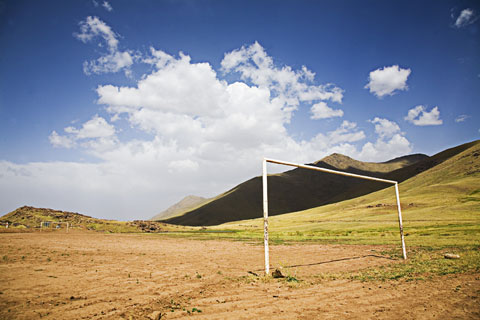 We drove up to this god forsaken place called Oukaimeden, about 3000 metres above sea level in the Toubkal Atlas, near the highest peak in Northern Africa apparently. It’s a ski resort for about 6 weeks of the year, the rest of the time it’s a ghost town inhabited by a handful of Berbers it seems – I was expecting to see ski lifts and Pistes, but instead there’s a football pitch right up on the side of the mountain. What you might call an open goal! 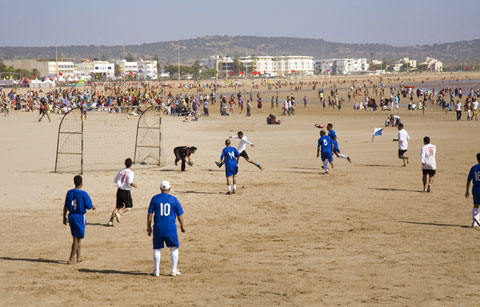 We also came across Sunday league football in Essaouira – they’re all kitted up with refs and trophies and stuff, but but they mark out a pitch on the sands when the tide’s out and bung a couple of goals in and the crowd all sit on the sea wall and watch. Kick off times depend on the tide!

The Ball signs MOU with the Goethe Institut 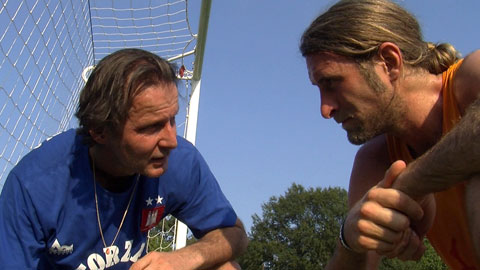 Andrew and Michael work hard on the agreement

The Goethe-Institut is getting ready to launch an interactive, three language, youth web portal named Todo Alemán, which will include a blog about The Ball and its journey from London to Johannesburg next year. This blog, which will be in English and German, will enable young people to learn via The Ball about the geographies, histories and cultures of the countries The Ball passes through in Europe and Africa en route to Johannesburg and the FIFA World Cup Opening Ceremony in June.

Time to practice for the game ahead

This blog will enable German language teachers to integrate The Ball’s epic third journey into their curriculum via the interactive platform of Todo Alemán. This will take place initially in classrooms across North America but we hope this can be expanded to encompass the entire Goethe Institut network by the 2014 World Cup in Brazil.