After reassurances from the Korean Embassy in Beijing that we would have no trouble getting in to Korea, we decided to head for Weihai, ferry gateway to Incheon, Seoul’s port, and to the Opening Ceremony. Since the full story has already been told, I’ll just show the alternative that we contemplated. 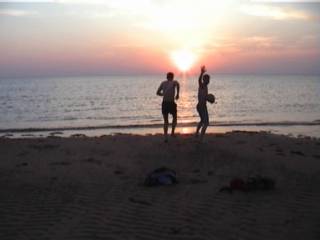 A dawn swim to the East beckons

As we struggled again with bureaucracy, and the seemingly infinite capacity that it has to thwart our plans to carry our symbolic Ball over land and sea to the World Cup, we almost despaired that we would ever get to Korea. 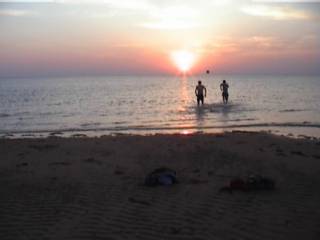 We set a final test for the Ball – either we get flights, or we swim for it. Since we got no ferry tickets, despite all the effort we had made in Beijing and in Weihai, we realised what the only option left open to us was… 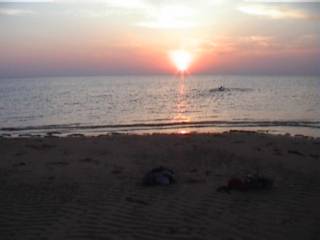 And so to sea

(Many thanks go to Chu Xinxin and her father in Weihai – for their infinite patience in dealing with the stubborn ferry company managers, and for their boundless generosity when I was at my lowest ebb in China. After meeting you, we might even be cheering on the Chinese team for you here in Korea)

Written by Christian Wach on Wednesday, May 29th, 2002