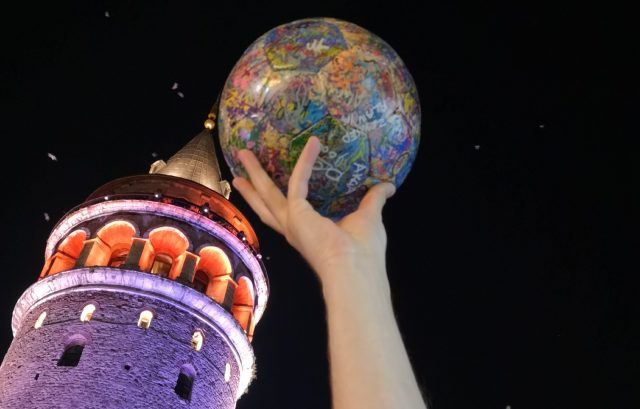 Today the Spirit team went on a grand tour of Istanbul. Together with Felix Schmidt and his colleagues of the Friedrich-Ebert-Foundation we visited Mevlüt Uysal, the Lord Mayor of Istanbul. We were invited like royalty into the Town Hall, together with the German Consul General, Georg Birgelen. After receiving the Lord Mayor’s signature, we went on to the city quarter of Şişli, where we met the township mayor Hayri İnönü of the social-democratic party CHP. We had the feeling of finding in him a strong supporter of our ideas of equality, respect and democracy. He took an hour of his time to ask us about our association, our projects and the Ball journey. The signing of The Ball by Hayri İnönü and his entire team was cordial and relaxed.

When we happened to pass the stadium of the first league football team Beşiktaş Istanbul, we spontaneously decided on a visit. The staff of the Club, whose fan groups are known for their progressive and freedom-loving attitude, welcomed us with open arms. We received a quickly organized but impressive tour of the loudest stadium in Europe.

After that we continued towards the Blue Mosque, whose Imam had granted us an appointment at short notice, in order to give his blessing to The Ball’s further Journey. The Imam surprised us with his cordial and benevolent stance towards us. Without much introduction he recognized the meaning and symbolism, which we also see in The Ball. For me, personally, his statement was the most impressive of the day: “When all religions, which have been created in order to ensure peace on earth, are not able to accomplish this goal, then we should search for new ways and tools to reach it”. For the Imam The Ball has the potential to be such a tool :-) 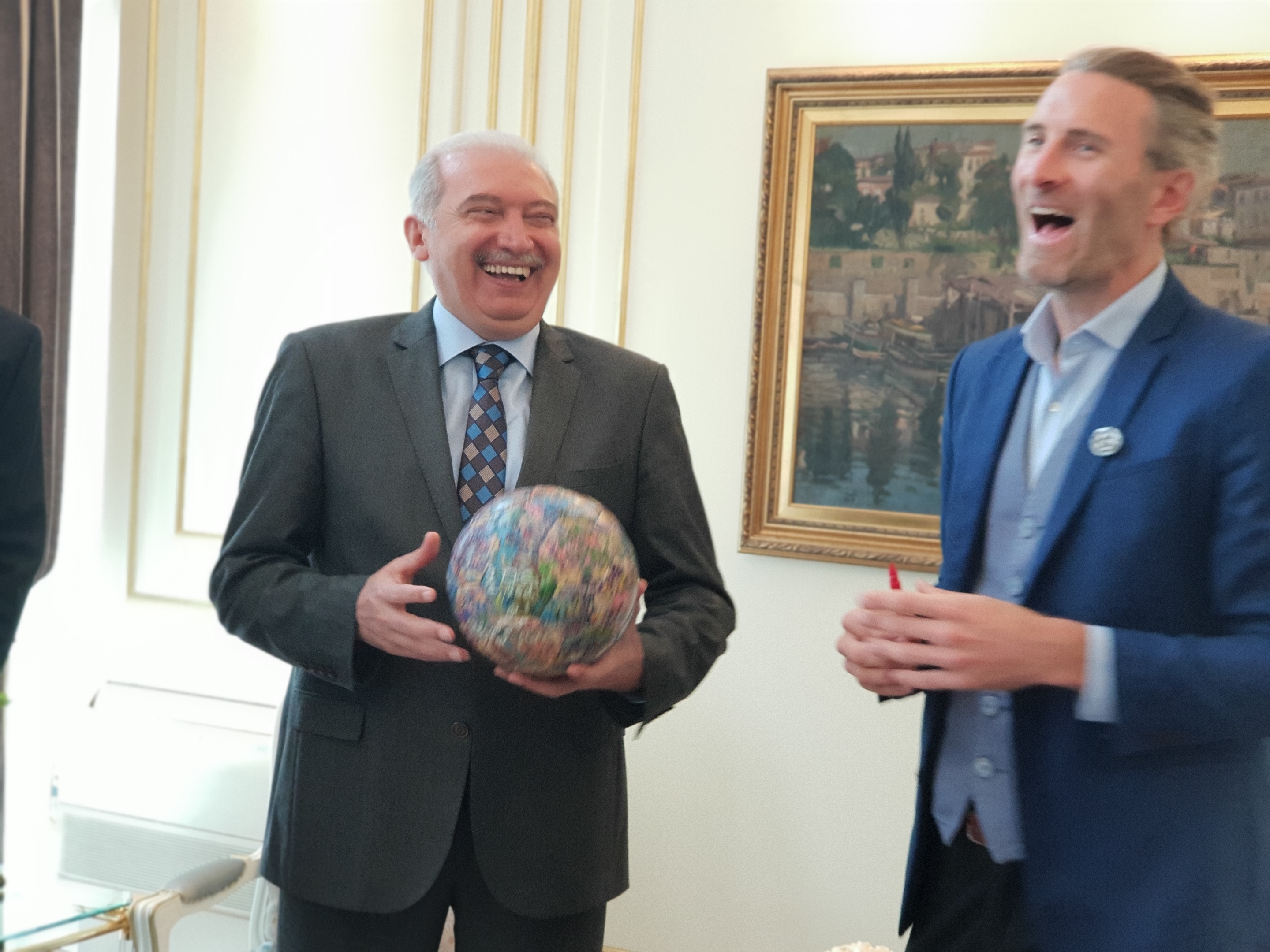 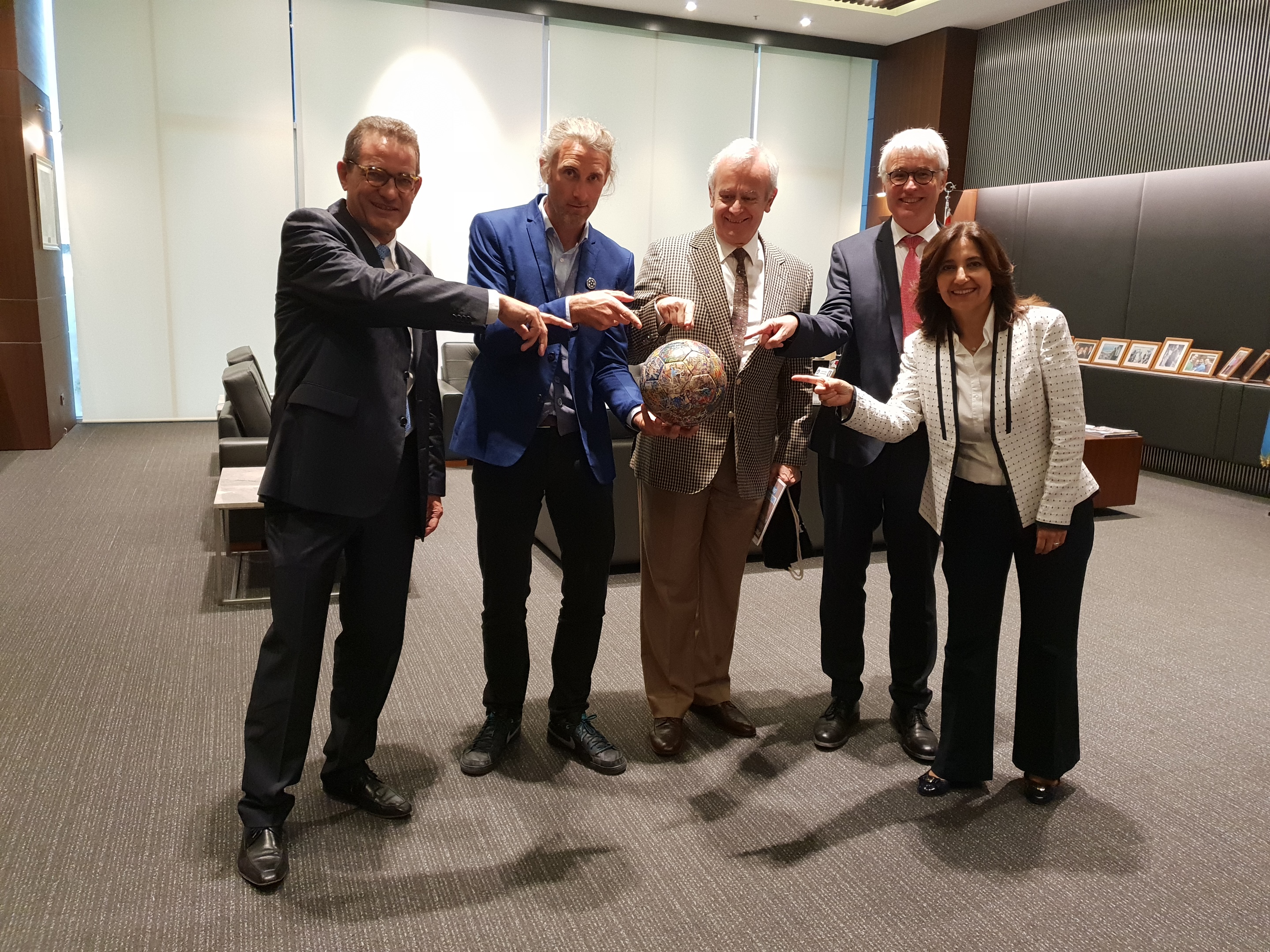 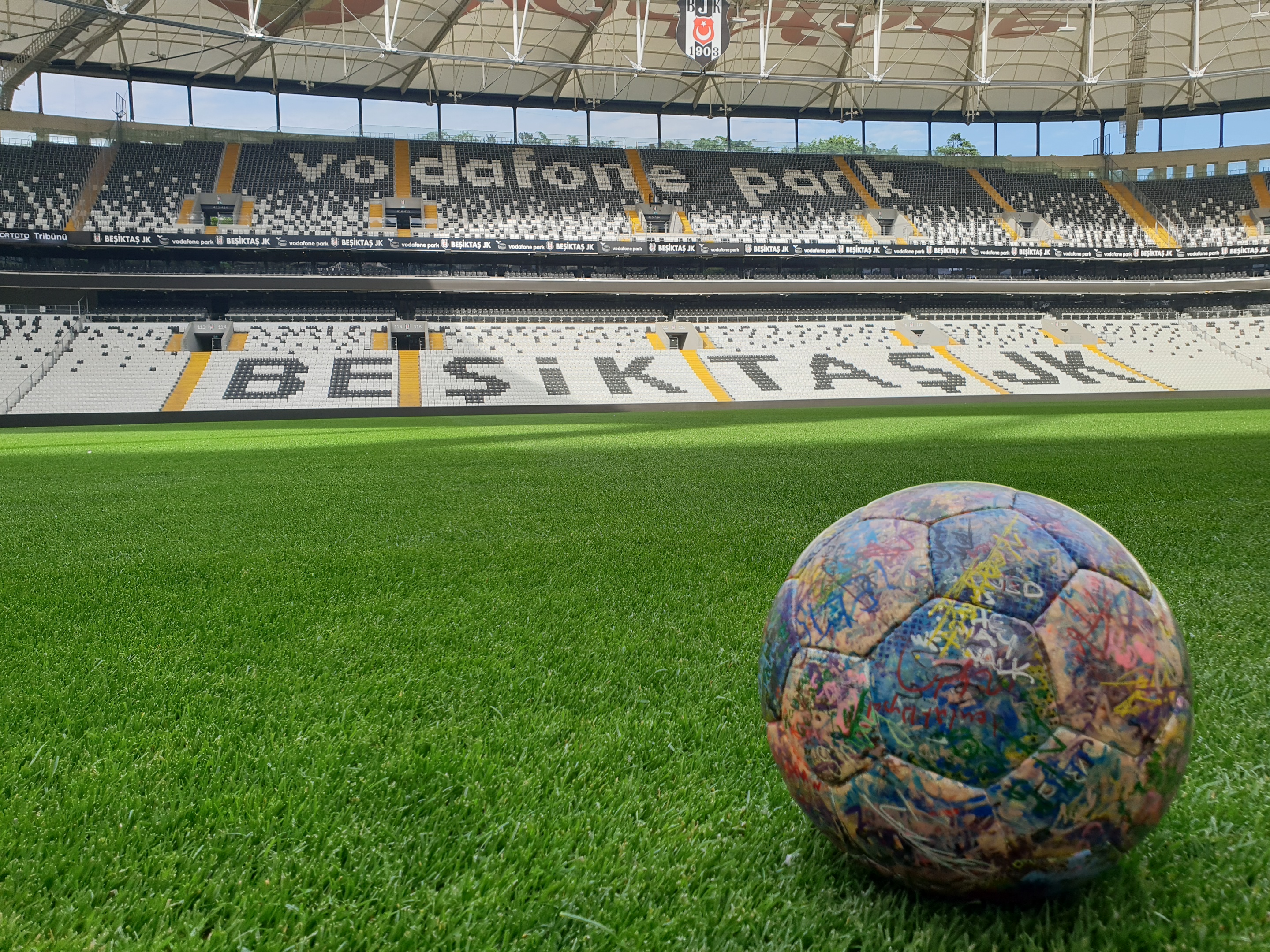 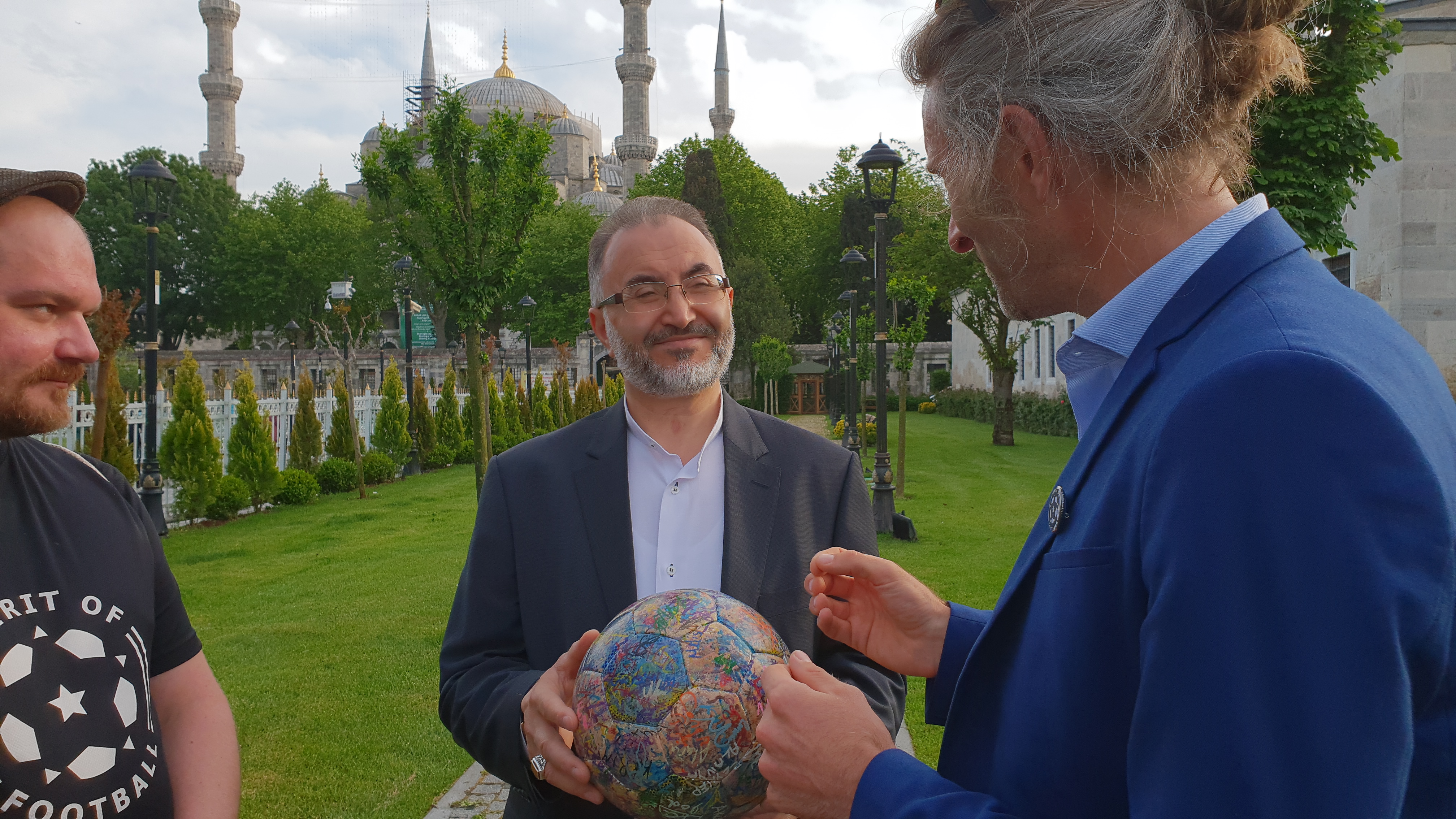 Written by Sven Messerschmidt & Ulrike Enders on Wednesday, May 16th, 2018