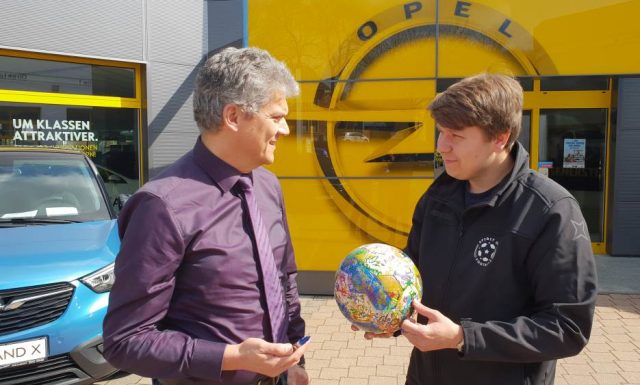 WEIMAR – The Team-Bus from Autohaus Schinner

Weimar. Football and cars: two things that go well together. Not only the big football clubs have cooperations with automobile partners – on a regional level this can work just as well as in global sports.

On Thursday, 5th of April, Mathias Schinner presented an Opel Vivaro to the team of Spirit of Football e.V., that will travel over 18.000 kilometres across Europe and the Middle East for the next 4 months with ‘The Ball‘, in order to arrive at the World Cup in Russia in June. „I wish that Spirit of Football and its Ball may have an exciting, but most of all safe journey. Enough space for great impressions and experiences is definitely given in this minibus.“, said the director of the car dealership Schinner on the occasion of the official handing over of the keys. 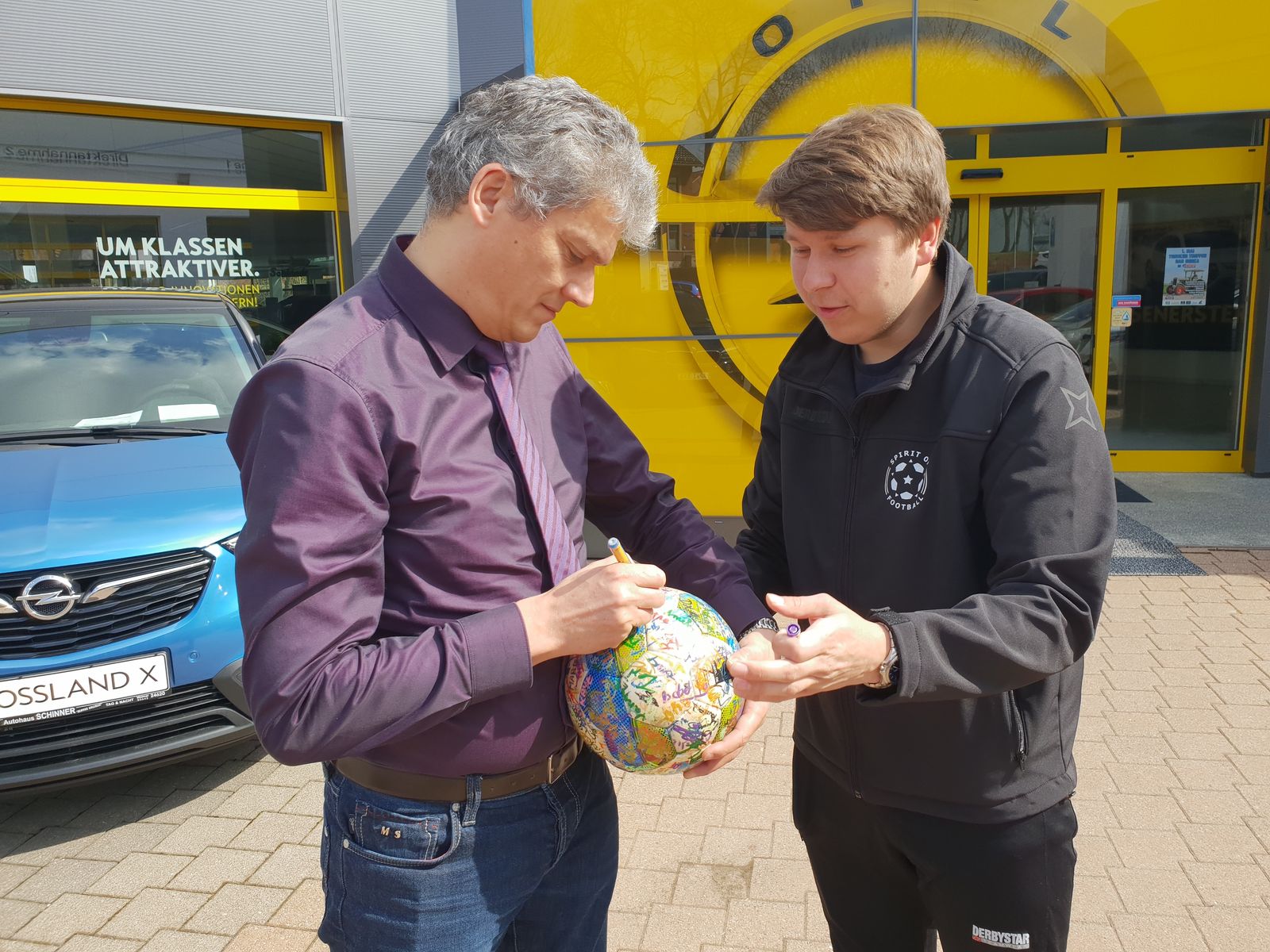 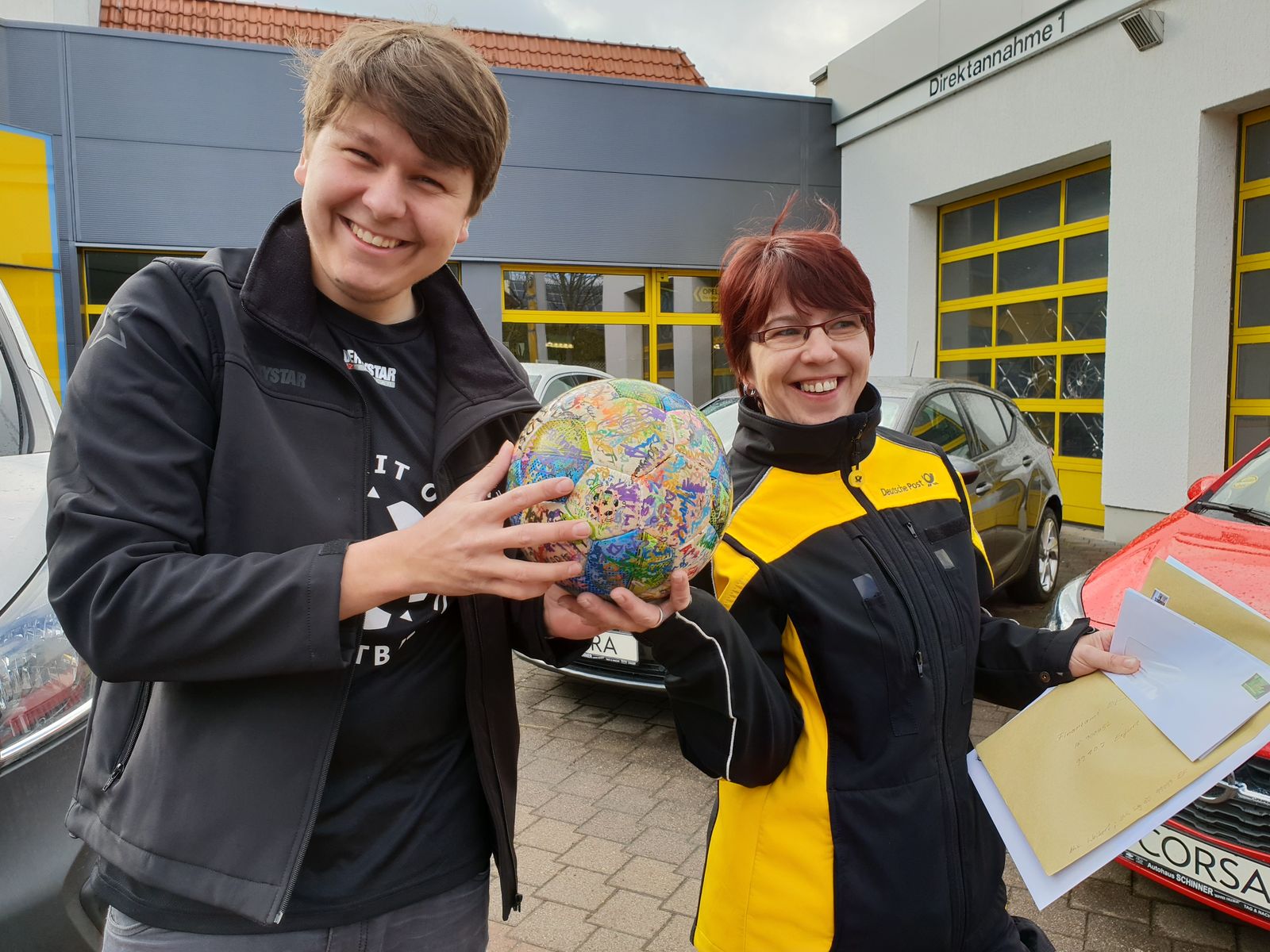 One Ball, One World: this is the slogan, under which the Erfurt branch of the association Spirit of Football e.V. is conducting the Ball Journey to the venue of the World Cup. With “Football’s Olympic Torch” the Integration-Prize winner of the DFB will be traveling through 15 countries and draw attention to the connecting force of the sport. Arrived in Moscow, it is hoped that more that 20.000 signatures will have found their way onto The Ball. It doesn’t need much: a smile and a header, then you can belong to those who sign. One of the prominent fans of the project is Liverpool’s trainer Jürgen Klopp, who has already supported the Fair-Play message of the Ball with his signature.

„With this Opel Vivaro we now have a real team-bus.” Andrew Aris, the association’s president is delighted, knowing how important mobility is on the Ball Journey. “On previous Ball Journeys we rode with whatever had wheels. We are so happy, that we have now found a true companion for this Journey”, says Aris, one of a total of 12 Ball carriers on the route from London to Moscow.

And the Ball already has its special place in the car: it hangs in the ball-net by the co-driver’s door and can from there enjoy the varied landscape flashing by. A (virtual) reunion is already planned for Weimar: on Sunday, 24th June, at the BvB-Family Cup, some members of the travel team will come to the event at the Lindenberg, to report of the adventures of The Ball, which will still be in Russia at that moment, but will certainly send a small video message to the fair-players of the Lindenberg tournament.