Andrew, Phil and I went to Nürnberg to check out the city during the England v Trinidad and Tobago game and found a city of two halves 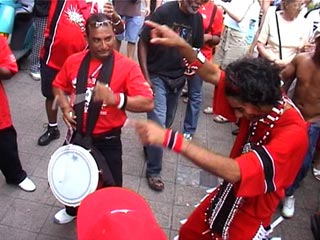 Music of the Trinidad & Tobago supporters.

On the one hand the Trinibagans dancing, laughing, playing and inviting everyone else around them to do so too. Check out the video to see what I mean about the beauty of their music and the warmth of the crowd towards them, if not for Phil eating his sweetcorn! I could be wrong, but the drummers look curiously Indian — I wonder if the Brits moved populations of Indians to T’n’T the same way they did to Fiji. 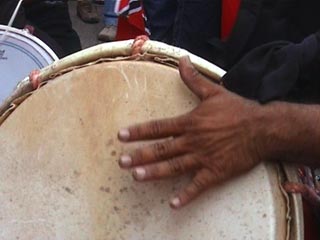 You’ve got to hand it to them

Anyway, on the other hand we have the England fans… Ah yes, England fans. I was going to write about them here, but I’ll spare the wonderful Trinbagan fans and musicians that fate.