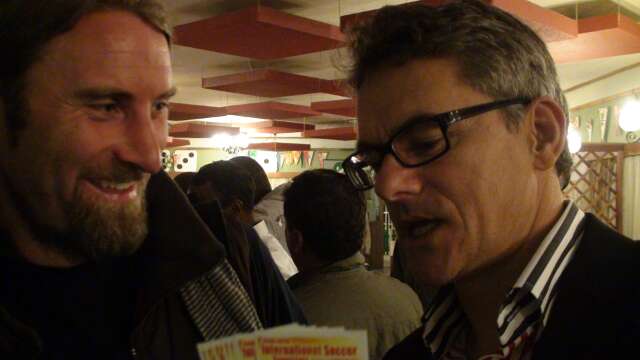 We bump into New Zealand’s best ever footballer — 1982 World Cup legend Winton Rufer and ask him about the Spirit of Football. His response: 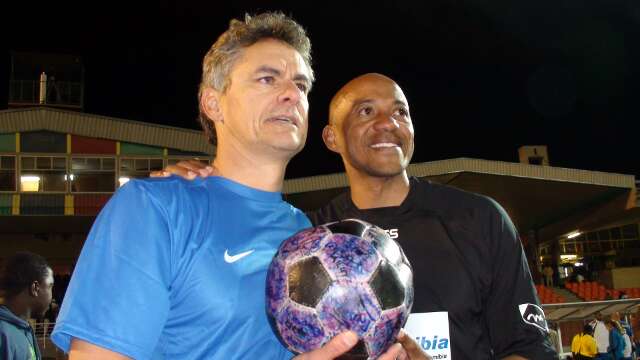 “Well, we saw a little bit of it today in Windhoek, Namibia with the game Global United against African Allstars. It’s a celebration of the world’s game. The people turn out. Lots of colour. Lots of action. Having a really good time. Lots of goals as well. It can’t be better.”

“How will New Zealand do at the World Cup?” asks fellow Kiwi Andrew.

“New Zealand will get through, and lose the semi-final to Brazil”, replies the now grey-haired and still thick-accented Winton, with a grin.

Wouldn’t that be fab, thinks Andrew as Winton generously provides him with ten autograph cards.

“Here we have my personal signed signature cards for my Kiwi mate Andrew. So that when he goes to South Africa, he can give a few more away to show that we were legitimately together in Windhoek, Namibia.”

Overcome by Winton’s foresight and generosity, Andrew is left speechless.