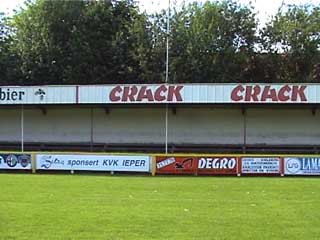 An impromptu kickabout with some kids we ran into in Ypres.

Well, we did eventually manage to have a bit of a knock-about in Ieper, but not the full-scale game that we had hoped for. Instead, we found Glyn, Peter and Matthieu playing keepie-uppie in the field next to our campsite. As so often happens when it’s underway, The Ball quickly became a source of fascination and a little puzzlement. Once we’d explained what it was all about, Phil and I donned our KVK Ieper shirts and joined in the kickabout. 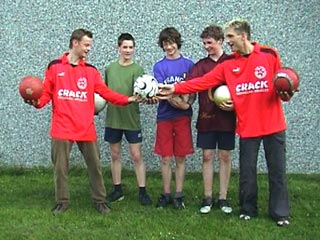