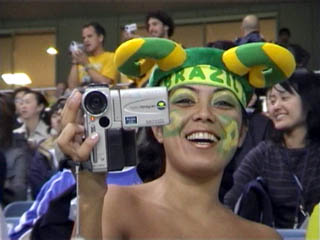 Camera to camera brings on the smiles

Again we have the pleasure to share a stadium with the Brazilian fans, but this time they won leaving only one game between themselves and a possible FIVE World Cup championships. ‘PENTA Campion’ rings off their lips with understandable confidence, though of course the mighty Kahn will stand between the sticks for Germany.

The atmosphere and the anticipation as we arrive the semi final.

‘Penta Campion’ rings out here in this mpeg. 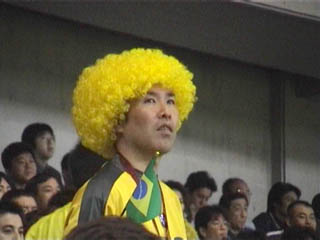 Brazil, in the Semi-Final of the World Cup, play… 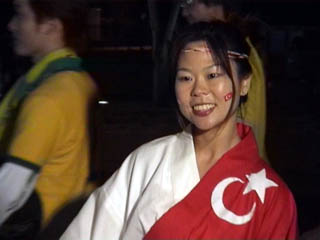 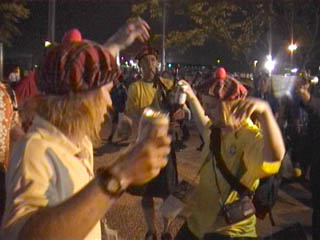 The bagpipes were here… (see them played with a brazilian drummer here in this mpeg). 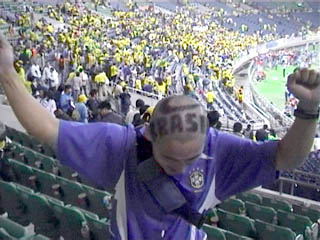 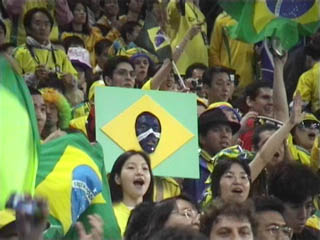 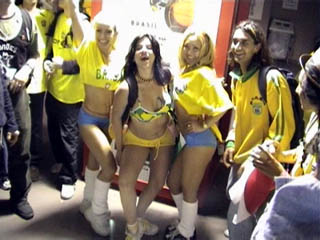 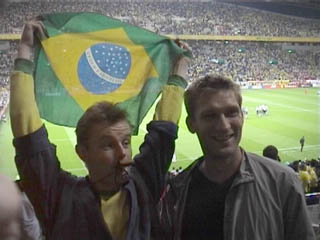 The atmosphere was thick with football, Japanese fans and the ever present FIFA branding. This ‘rich man’s World Cup’ game had cost us, face value, $500 each. 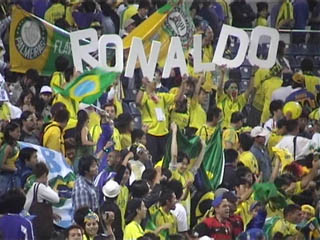 Ronaldo does nothing for the first half and then scores a beauty that turned out to be the winner, then it was down the hairdressers for a quiet moan about the tension he feels from the hours he spends on computer games? Yes. 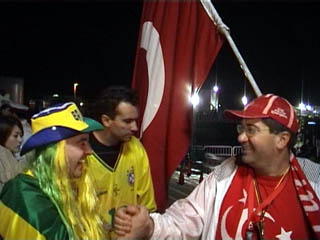