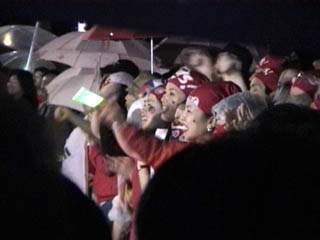 Unlucky Korea went out to the Cup last night… rather overpowered by a German team playing a similar style of football – a disciplined team game with little flair and much hard work. Korea had far fewer chances than they did against any of the latin teams that they put out of the competition, and in the end, succumbed to the sustained German pressure. 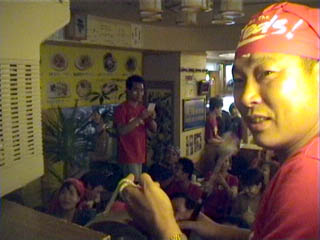 Our restaurant both shows the game and provides the soundtrack

We watched the game in the Korean enclave of Tokyo, surrounded by both Japanese and Koreans cheering for the Reds. I too cheered for the locals, despite being half German – the other half of me is Polish, and the Koreans put them out of contention in the first game… but most of all I supported Korea because I really wanted to see Tokyo flooded with Korean supporters at the weekend. 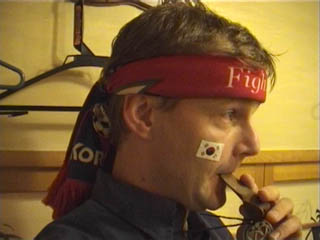 No doubt in Phil’s mind, however… 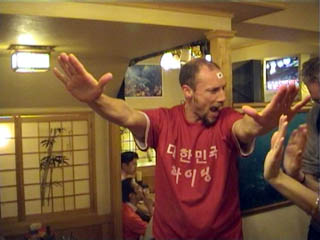 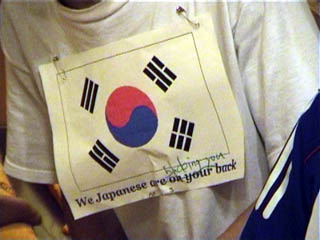 …while the Japanese offered mixed support

But it was Germany’s night, with Michael Ballack scoring the winning goal – knowing he wouldn’t be playing in the Final. I don’t care what nationality you are, that’s gotta hurt. 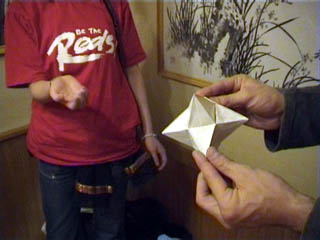 The Koreans were as gracious in defeat as they were exuberant in victory, and I left the restaurant where we watched the game marvelling at the generosity and enthusiasm that they have shown throughout the competition. And they still get to play again in Korea for third/fourth place… whatever happens in the game, Korea should go wild again.

I say, jolly good show, what?